Controversial singing prophet Kim Clement had his share of admirers and detractors and he admitted publicly he sometimes got it wrong. Ironically and sadly, Clement passed to his reward a few days after Donald Trump’s election as president.

In two separate appearances in 2007 – long before anyone could have imagined a Trump presidency — Clement uttered a striking prophecy about the New York billionaire.

He affirmed God’s protection, mirrored by the future president’s national security preoccupation related to attacks by radical Islamic terrorists. “For God said I will not forget 9/11. I will not forget what took place that day, and I will not forget the gatekeeper who watched over New York, who will once again stand and watch over the nation, says the Spirit of God.

Clement seemed to imply that Trump will enter the office as a nominal believer, but will be transformed by the Holy Spirit into a much bolder witness for the faith. “It shall come to pass that the man that I place in the highest office shall go in whispering my name. But God said when he enters into the office, he will be shouting out by the power of the Spirit.

“For I shall fill him with my Spirit when he goes into office and there will be a praying man in the highest seat in your land.”

In a similar prophecy Clement delivered February 10, 2007, he indicated this future president would serve two terms. “Listen to the word of the Lord, God says, ‘I will put at your helm for two terms a president who will pray, but he will not be a praying president when he starts.’

To what extent voters were fooled by the new president is unexplained. 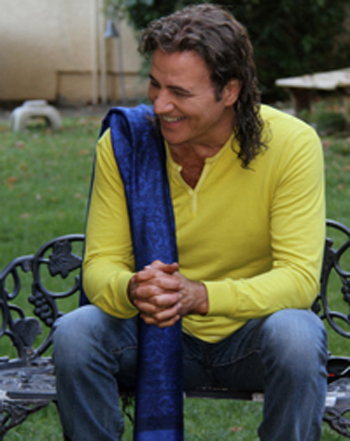 During the election, Trump’s fiery temperament was often criticized by his critics. Clement said, “God says the one that is chosen shall go in and they shall say, ‘He has hot blood.’”

“For the Spirit of God says, ‘Yes, he may have hot blood, but he will bring the walls of protection on this country in a greater way and the economy of the country shall change rapidly,’ says the Lord of Hosts.”

Whether “walls of protection” refer to a southern border wall or building up the military, the prophecy seems to be in line with Trump’s stated intentions. His prediction of a “rapidly” changing economy also seems to match the initial surge in the markets following Trump’s surprising win, but whether the future economic change is positive or negative, only time will tell.