Dao Sanh remembered that night well, the night when it had truly begun. It was August 1996. His wife, Han, had complained of a sore head and had retired to bed early. He was awoken in the early morning by her moans and violent convulsions.

By the time it stopped she was paralyzed down the right side of her body. He rushed to the Buddhist temple on the far side of the village. Several monks accompanied him back to his house. They chanted prayers and healing mantras for two days, but although she was able to rise and sit, the paralysis continued and she had difficulty talking. This was devastating for the family, not just personally but economically. As a rice farmer Dao Sanh was away in the fields all day. Han had to manage their home and see to their three young children. 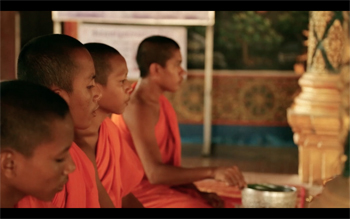 But then days later the Christians arrived from another village, further west, far from the Hanoi region. They preached about a God called Jesus, and asked if anyone in the village needed prayer.

They knocked on Dao Sanh’s door, wanting to pray over his wife. He did not understand this religion, or who this Jesus was, but he led them to her and they surrounded her bed and prayed. They prayed strange prayers, thanking Jesus for already healing Han through the power of His blood.

Three days later she was healed. Dao Sanh and Han sought out the Christians, asking about Jesus. They were completely overwhelmed as they heard that the Son of God had willingly come down to earth and sacrificed himself on the cross so that the world could be saved. They were in awe as they learned that he rose again in glory as the first of all men to reach heaven, and that all those who follow him will join him there. Soon they had given their lives to him, and were studying the New Testament at every opportunity.

The only Christian denomination of any size in Vietnam was Catholic. But relations were strained as the Vatican

was openly critical of the communist Vietnamese government. Most of the Catholics were in the south of the country, and Evangelical Protestants were not well represented even there. The overwhelming majority of Vietnamese supported Mahayana Buddhism.

In the northwest region of Hanoi, amongst the Buddhists, Christianity was not welcome. But Dao Sanh felt the call to preach the gospel to the hundreds of villages in that region. He had no idea how to begin, so he just went to the market and preached.

At first he was ignored, or ridiculed. The people saw him as a crazy man, as a fanatic. But driven by his passion for Jesus, and Jesus’ passion for the lost, he persevered and began to attract an audience. Some began to listen, and to question, and he was able to tell the testimony of Han’s miraculous recovery.

He attracted enough attention to begin thinking about a weekly church meeting in his home. And then one night two officers of the police knocked on his door. They had received complaints about his preaching, of his recruiting to his new ‘religion.’ Dao Sanh asked who had complained? They were all Buddhist followers, and some of them were members of his own family. He felt saddened.

“I am doing no harm. There is no law against following another religion. Surely I can preach…”

“You are causing a disturbance, inciting rebellion, threatening the public,” interrupted the police officer. He looked at Dao Sanh with hard eyes. “There are many ways for the law to be broken, and many ways for us to charge you. Do you understand me?”

Dao Sanh knew these men. They were practicing Buddhists. He was wasting his time appealing to them. He showed them out, and then got on his knees to pray.

The next day he stood at his usual spot, proclaiming the name above all names, pushing New Testaments into people’s hands as they passed by, talking of miracles, of the one true God. After thirty minutes he had a sizeable crowd, and some were listening. He recognized some of them; they had listened to him before. One or two had opened up their New Testament and were reading.

And then he saw the police van come around the corner a hundred yards away, and his heart sank. They drove right through the crowd and stopped in front of Dao Sanh. As they dragged him off, he was still preaching.

After a night in the cold cell, they interrogated him. Why are you doing this? You have been a Buddhist all your life. You are from a fine Buddhist family. Let’s stop this. They offered to release him if he agreed to stop preaching his false religion. He refused, so they threw him back in the cell and kept him there for a week. Dao Sanh worried about his family, but could not agree to the police demands. He prayed. On the ninth day they released him with a warning not to preach.

He talked it through with Han. They prayed. The following week, he traveled to the market and spied out a less conspicuous place. Then he preached again. This time it took two weeks before they came for him. He was imprisoned for a month before being released, again without being charged.

Dieu Sanh had to go back to work. He had no choice; he was being watched, and his family had to be provided for. But before long he was at the market once more, this time looking for those who had listened to his preaching. When he found them, he spoke to them, offered to teach them more about Jesus. Soon he started a Bible study group in his home. It began to grow in numbers.

It was some months before the police came for him again, but come they did.

Over the next thirteen years Dao Sanh was regularly imprisoned for preaching the Word, and following his faith. His release was inevitably followed by another arrest and imprisonment, often to bigger, more formal prisons. He could have had complete freedom any time by renouncing his faith, but his love for Jesus Christ was so overpowering that it was impossible for him to stop proclaiming Him.

He brought many in the villages to The Lord, but he discovered over the years that his most powerful witness was when he was imprisoned. He had a captive audience, not just because they were incarcerated, but because Dao Sanh was able to witness to them daily. Many released prisoners went back to new lives as new men, reborn in Christ and ready to serve and grow the kingdom, each of them with powerful stories of the transformation God had performed in them in prison.

This war of attrition had been fought for fourteen years, but there could only be one winner. Within the prison system, Dao Sanh began regular worship services and Bible studies. It seemed that the prison authorities became weary of him and were not able, or willing, to contain him. Over the years, as religious movements became more active in Vietnam, the attitude of the government softened, and licenses were granted to certain organizations to promote their beliefs in a more tolerant manner.

One afternoon, Dao Sanh’s prayers were interrupted as his cell door was unlocked, and swung open. It was the prison guard. 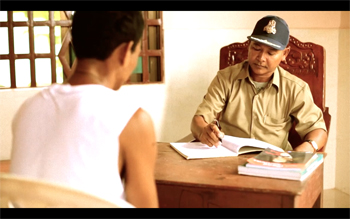 “Come. The warden wants to see you.” “Why?” Asked Dao Sanh, surprised. “How would I know?” The guard replied. This could not be good. He had only ever met the warden once. It must be

some new punishment. As he walked to the warden’s office, he prayed. As he entered his office, the warden surveyed Dao Sanh for some seconds.

“You have been in this place a long time,” the warden began. “You have not been an easy prisoner. The rules do not apply to you, apparently.”

“Sir…” Dao Sanh began. But the warden raised his hand to silence him.

“If you are released,” he said carefully, “will you go back to your Christian preaching?” Dao Sanh had been imprisoned in this place for almost a year. He was desperate to be with his family. But he could not deny his Lord.

“I will preach Jesus, sir, yes,” he replied, his heart breaking. The warden nodded, then reached for a piece of paper on the side of his desk. “I have here a certificate, a license. It enables you to practice your religion

without hindrance.” Dao Sanh could not believe his ears. “In Hanoi?” he asked, breathless. “In Vietnam,” replied the warden.

Suddenly, after fourteen years of struggling to bring the gospel to his own village, the whole of Vietnam was his mission field. He had no idea where to start. But The Lord knew, because it was His plan all along. Dao Sanh knew one thing for sure; he had to bring Jesus to the villages. It was while preaching in a village that he met a missionary. He told this man of his passion to bring the Buddhists to Christ, and the missionary told Dao Sanh of a man in Cambodia who was doing just that. His name was Taran, and he was working with a ministry named Big Life. They communicated through email, and in late 2011, South Asian Director Benjamin Francis flew from Kolkota to Hanoi to meet with Dao Sanh.

The Lord would raise up sixty new churches over the next year alone through this simple yet faithful farmer.