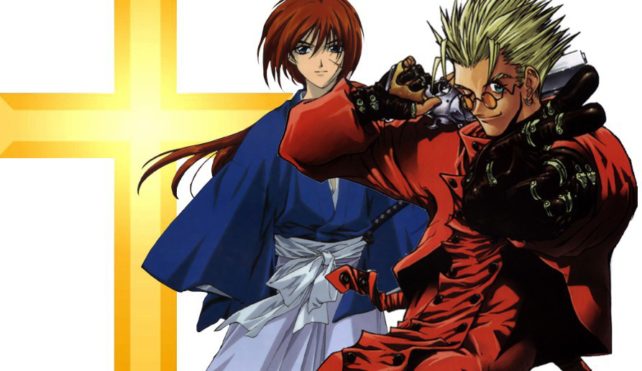 By Ivanea Arango and Michael Ashcraft

After losing his house, his church and nearby family, the man known by his online moniker, Japesland,  fell into a prolonged depression and started watching anime, the Japanese cartoons for adults.

The Christians who surrounded him at college helped him pull out of the funk, but his passion for anime continued.

“Anime inevitably touches on Christian themes from time to time,” Japesland noted. He is the executive editor of the Beneath the Tangles, website which sifts through anime searching for hints of the gospel. “There are plenty of extremely popular anime with Christian themes.”

Across the genre, anime doesn’t purport to teach a Biblical message, and there is a troubling level of violent and sexual content. But many of the cartoons, like a Shakespearean play, convey gripping themes of the human psyche that echo the Bible. For the Christians at Beneath the Tangles, and the web-based Christian Anime Alliance, anime is not a stumbling block but an inspiration.

“Christians can receive much from anime, spiritually, emotionally and culturally,” said Michael Morejon, of GamingAndGod.com. “Since I see the world with a biblical lens and ask the Holy Spirit to guide my life, even anime can have significance for me and other believers. When we watch, there will be many scenes, characters or plots that reflect something God can use for our good.”

Christian attempts to present the gospel through anime flopped in the 1980s and 90s, Japesland noted, because they oriented their cartoons to children and because flimsy story lines favored object lessons with less than riveting art. They lacked the poignancy of anime pathos and got panned as amateurish, he said.

“The Flying House, Superbook, and In the Beginning: The Bible Stories are hardly considered by modern fans at all,” Japesland continued. “Fans can easily see that they are pushing a message more than they are trying to provide entertaining content.”

In a similar vein, Christians produced the Manga Bible that was largely ignored by the Japanese. “I live in Japan, and I’ve only seen it in two places — both were churches. I’ve never seen a Japanese person reading one,” Japesland observed. “As evangelistic tools, I’ve never heard of them having success.”

Why hasn’t Christianity made greater inroads into anime? Simply put, the best anime is produced in Japan, a nation where 1% of the population is Christian, and none of the great producers are Christians. (In America, anime voice-over artist Vic Mignogna does respectable anime work and is vocal about his faith.) (Read about Christian hip hop artist Jarry Manna who features anime in his covers and lyrics.)

Nor do the frequent use of crosses by anime characters, or the occasional Catholic priest, signify anything more than the incorporation of esoterica – much like the West dons the yin-yang and Eastern mysticism to be cool, according to “Radical Dreamer” on the Christian Anime Alliance.

While anime dominates the young adult segment in Japan, in America it tends to draw “the ostracized, the lonely, people who have found meaning and community less through the in-person interactions that dominate most of society and more through friends online,” Japesland said.

He himself discovered the art form in “pretty dark period” in his own life. The house he grew up in got demolished. The church he attended closed. Family members moved away. He was left alone at college with a light academic load and too much free time. In his brooding, anime provided escape and solace.

Loving Christian professors and upperclassmen showed him Christ-like attributes and he eventually pulled out of his tailspin. By then, he was hooked on anime, and instead of ditching the hobby, he decided to search for an intersection between his faith and his fiction.

Today, Japesland lives in Japan and attends the Biblical Church of Tokyo and revels in Japanese culture.

While many church leaders have criticized anime and discouraged members from watching, Japesland takes a different track by encouraging fans to find “God moments” in the medium.

Founded in 2010, Beneath the Tangles is a ministry consisting currently of 13 staff members. The site gets 10,000 a month.

In the future, some anime company may break through with a conscious Christian message and popular story, but it will need to prioritize the art form first and not peddle a thinly veiled didactic lesson, he said.

“To be blunt, something mediocre that attracts no attention outside of the Christian community is simply a waste of time and money,” he said. “They need to focus on making something they care about as a work of art and entertainment, not pushing a message. It’s just too obvious that that is what it is doing.”

To be sure, there is much in anime of no redeeming value, just like movies and television in America. It is those anime that make, most of the time unconsciously, an allusion to the Bible that fascinates the Christian enthusiasts of Beneath the Tangles.

“The Christian message has been presented many times in anime, though it’s often not very clear or obvious,” Morejon said. “I love websites like Beneath The Tangles where they look for these moments in anime that can teach us how to live God’s will and be better citizens of His kingdom on Earth. His voice can be heard in the secular and the sacred, including anime.”

In addition to previously mentioned anime, Beneath the Tangles recommends to Christian viewers Bunny Drop (Usagi Drop), Clannad, Kino’s Journey (Kino no Tabi), My Ordinary Life (Nichijou), Now and Then, Here and There (Ima, Soko ni Iru Boku), Trigun and others. They offer parental warnings too.

“To summarize, most Christian themes in anime are there either because God is the Creator of everything and so influences those who might not even intend to reflect Him, or because of some big coincidences and wishful thinking,” Japesland admitted. “Even in the worst case, however, it provides excellent food for thought that is not necessarily present in other media.”

Ivanea Arango is a sophomore at the Lighthouse Christian Academy in Santa Monica. Michael Ashcraft is her teacher.