“A lot of people told us, ‘this is the graveyard of churches. Don’t go there. All the hipsters won’t want to come to church.’ We felt that’s the best place to be, where no one wants to go to church,” said Josh Kelsey, senior pastor of C3 Brooklyn Church.

In 1989, less than 1% of city residents attended church, according to CBN. But now about 5% goes to church, and there are hundreds of churches, big and small, scattered throughout the city.

“New York has reached the tipping point,” CBN concluded. If current trends continue, it could become a majority Christian city by the year 2026, according to CBN.

It turns out that Batman is not going to save Gotham City. Jesus is.

The formula for success has been to revive the unchanging elements like prayer and Bible study while changing the liturgy and relational dynamics to fit the multi-cultural, educated population of the city, pastors say.

“Church for me was a place where I always felt I had to be perfect,” said one church-goer. “C3 allows me to embrace my imperfections and know that God still loves me regardless. So it’s changed my perspective because I know I can still be a human and still beloved by God, which is not an idea I had before.” 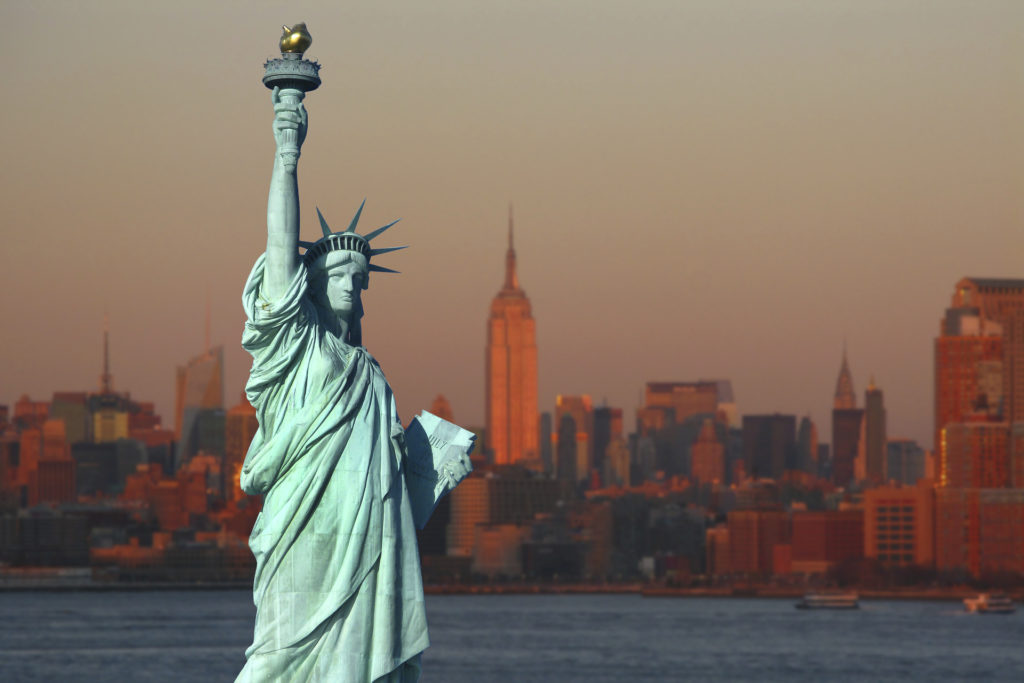 A 2013 Barna survey found 32% of residents of the Big Apple considered themselves born-again, up from 20% in the 1990s, Religion News Service reported

“New York City is not known as a particularly religious place,” the RNS article stated. “But it is more spiritually active today than even 2001 in the wake of 9/11.”

The Presbyterians and the Dutch Reformed Churches were strong in New York City in the early 1800s but began to misfire as the city grew and changed its ethnic makeup, according to Pastor Tim Keller, a prominent minister in NYC.

When Catholic immigrants flooded Lower Manhattan in the 1880s, churches found themselves with fewer and fewer members. Restaurants, stores and theaters burgeoned, supplanting churches as a social gathering place. Many churches moved out of the ethnic downtown, and others built houses of worships in a fruitless effort to attract congregations, Keller said.

With numbers dwindling, churches grasped for fixes. Charles Briggs of Union Theological Seminary tried modernizing the message, teaching that much of scripture contains error. This gave rise to liberal Christianity, and instead of attracting followers with a more “intellectually reasonable” message, it finished off local churches, Keller said.

In recent years, New York City grew more expensive and cosmopolitan, attracting college-educated professionals who sometimes took a dim view of faith. In 1989, only 1% of the city attended a Bible-preaching church.

But now a new generation of Christian leaders is spearheading a pendulum swing back to God. Mac Pier, founder of the New York City Leadership Center, coordinates “concerts of prayer” with a network of congregations in the city.

“There’s been a huge hunger in churches across New york to come together and pray together over the last 25 years,” he told The Christian Post in 2014. “We’ve had 2000 churches, over a quarter of a million people that have gathered in various expressions of prayer including prayer walks, prayer summits, the National Day of Prayer. We have had a daily prayer vigil” for over 20 years.

There are 2,500 Hispanic churches, 800 Korean churches and 400 churches in Harlem alone, Pier said.

“They make a contribution to the community,” he said. “The provide volunteerism. They engage public schools. Ninety percent of the active Christian church is non-white. New York is probably the most international church in human history.”

Christianity Today reported in 2013 the “proliferation of immigrant churches and white evangelicals, who now compose up to 5 percent of NYC’s population. Here, charismatic Christians are challenging their city’s wide divide between weak and strong—and showing that there is a power beyond the dollar and the degree.”

Indeed, New York City is not an abyss of zombies, Starbucks-sipping elites who believe they’re too smart to believe in God. It is a vibrant community much in need of responding to God.

“We’re not coming in with a message that will discourage them but rather lift their eyes to know who Jesus is,” said Pastor Kelsey. “If we do it from a place of humility and empathy, then people are receptive to it. Even if they’ve never heard it before or they come in thinking this is irrelevant, once they come in and sense the presence of God and the community and the fellowship, they really do open up to what God is about.”

Brandon Montes is a sophomore at the Lighthouse Christian Academy in Santa Monica.