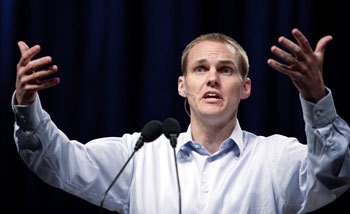 In a remote Southeast Asian village, a leader’s death and apparent resurrection from the dead fueled revival among a previously unreached group.

Pastor David Platt shared the story with the Southern Baptist Convention’s Executive Committee Sept. 19 in Nashville, according to Baptist Press. Platt currently serves as president of the Southern Baptist’s mission board. The report came to Platt from an IMB missionary.

A Southeast Asian believer trained by Southern Baptist missionaries took some friends with him and began sharing the Gospel in a village “that was totally unreached with the Gospel until they got there.”

The villagers responded attentively, began to study the Bible like the noble Bereans, and many in the village believed.

As they came to Christ, a number brought idols, necklaces and amulets connected with pagan worship to the center of the village to be burned, Platt recounted.

But in a strange reversal one day, some began taking back their occult-linked objects.

It seems the village leader had died and a few superstitiously believed his death was caused by evil spirits upset about the destruction of the sacred objects.

Discouraged by the sudden turnaround, the Christians went to express their condolences at a house where the village leader’s body lay in repose.

Then something astonishing happened. As they were praying over the man, all of a sudden the man coughed!

Everybody in the house got really still. Then the man coughed again. People rushed to the man’s side as he started breathing once more.

People started helping him up. Everyone looked at the Christians in amazement, wondering, ‘What in the world happened?‘

“They decided this was as good a time as any to share the Gospel,” Platt said. “So they shared the Gospel, and in the days to come, people started coming to faith in Christ and that village starting burning their idols.”

Platt acknowledged he doesn’t have medical evidence from the remote location to verify the resurrection, but said: “I do know at villages like this, they know how to recognize death.”

Jokingly, Platt said if he wasn’t dead, God chose an opportune moment for the man to cough.

“Here’s what I do know: We have the Good News of a God who has conquered death, who has power to say to the dead, ‘Come to life.’”

The episode illustrates, Platt said, the spiritual fruit that results when missionaries share the Gospel with “biblical clarity, precision and consistency.”