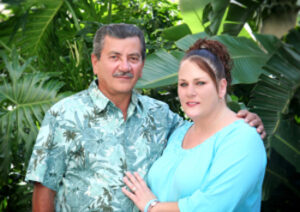 Cathieann Ramirez-Soto knew her life hit a new low when she turned to prostitution in order to support her insatiable drug habit. Her life sunk to life-threatening levels when she was kidnapped for two weeks, enduring frequent sexual assaults and beatings by her abductors. In addition, Cathie was arrested 28 times and spent a combined total of five years incarcerated. Amazingly, she lived to tell about it — but she also lives to tell the world of the Savior who rescued her from it all.

A Troubled Beginning
Born in Lynn, Massachusetts, the then-Cathie Robicheau grew up in what she describes as a dysfunctional family. “My father was an alcoholic and very abusive to my mom; he put her in the hospital numerous times.”

Finally, after 14 years of abuse, Mrs. Robicheau took five-year-old Cathie and her six-year-old sister and drove to Orlando, Florida, to start a new life. Cathie would not see her father again until the age of 19. Although the move delivered the family from the abuse, it was no guarantee of a trouble-free life. “My problems began when I was 15,” Cathie said. “It started with truancy.”

Skipping school was one thing, but it didn’t stop there. “I started with cigarettes, which led to weed [marijuana] and alcohol and ended up in a juvenile detention center.” That scenario constantly repeated itself. “I was in and out [of custody],” Cathie said. “By age 16, it got to the point where my mom couldn’t take care of me anymore, so she sent me to live with her brother.” 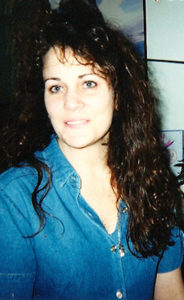 The move made sense in that Cathie’s uncle was in law enforcement down in Hollywood, Florida. Although he and his wife weren’t believers, their home was a stable one. “I got everything together for a while, then, after three years, moved back to Orlando.”

However, she quickly returned to old habits. “I was living with boyfriends and getting in and out of trouble again — mostly smoking pot and drinking. After a year, I knew I needed to change, so I went back down to Hollywood.”

The move once again helped Cathie leave behind her errant behavior. Now 20 years old, she even got a job working the front desk of a doctor’s office, but it didn’t last. “I hung out with the wrong people and began snorting cocaine. In fact, because cocaine was so easy and so cheap to get in Miami, I became a heavy user. To help pay for it, I started taking money from the doctor’s office.”

When she was caught, the doctor was kind enough not to press charges, but he fired her nonetheless. She had worn out her welcome with her aunt and uncle, who asked her to leave. Now age 22, Cathie moved back to Orlando, where things only got worse. “I continued to do cocaine and my drinking got very, very heavy. I hooked up with a guy who introduced me to crack cocaine. Life was a complete nightmare.”

A Slave to Addiction
Cathie’s addictions dominated her life. “When you’re addicted, that’s all you think about the entire time. You’re thinking, What can I do to get that next fix, that next high? It’s a continual circle. It was affecting my health. Drugs take away your appetite, and you never want to eat. I was a walking skeleton.”

It was a lifestyle only addicts can understand. “I thought my life was normal,” Cathie said. “I had no motivation to do anything with my life; I had no dreams. I just lived to get high.” 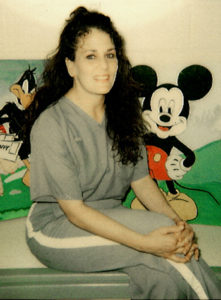 Then one night, all her fears were realized. “A friend and I were driving and drinking and something happened to her car on OBT [Orange Blossom Trail in Orlando]. We stopped at a pay phone to call a friend.” It was late and hardly anyone was around. “This car pulled up and a guy with a gun got out and told us both to get in the car. There were two guys. They took us from Orlando to Miami, and back up to the top of the state. All during that time, they were beating and raping us. I never knew from day to day whether or not I would be killed.”

This continued for over a week as their abductors drove Cathie and her friend to Washington, D.C. “One of the guys got out and took my friend with him. I wanted to know what was going on, but the guy who stayed with me said something like, ‘Don’t worry about her; she’s out of your life.’”

The two eventually arrived in Baltimore, where Cathie’s abductor had checked them into a motel room. It was now more than two weeks since the kidnapping. “One night, he had just finished doing what he normally did to me, and he said, ‘I’ll be right back, so don’t try anything,’ but I knew this might be my only time to get out.”

Escape, but Still Struggling
So, noticing that her abductor had gone into the motel office, she made her break. “You never saw anyone put on shoes faster than I did,” Cathie said. “I ran and ran. It was the middle of the winter, snowing, and I had no jacket. I was running in the middle of the highway saying, ‘God, please don’t let this man catch up to me.’”

Eventually, a truck pulled up. The driver, an older man, asked Cathie if she needed help. Cathie got in the truck and told the driver everything. “He said, ‘Little lady, you got into the right vehicle; I’m a retired police officer.’”

The man pulled up to a pay phone and called the police. “I’m telling you, it was just like Christmas,” Cathie said. “Lights [from police cars] came in from everywhere. I was sitting in a police car telling them my story, when all of a sudden the [abductor] drove by.”

He was eventually caught about two blocks away with Cathie’s purse in the trunk of his car. The Baltimore Police took care of Cathie and eventually sent her back to Florida, though she had to return three weeks later for the trial. 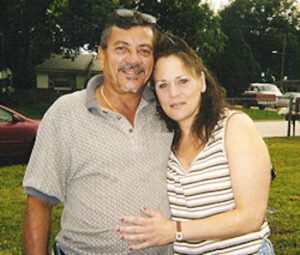 Now in her mid-20s and the incident behind her, Cathie had a decision to make: get straight or continue on the same destructive path. She chose the latter. “I got deeply into crack and so much more into prostitution. That’s the only life I knew. I was constantly in and out of jail.”

But some good did come from those incarcerations. “That’s where I learned about God,” Cathie said. “I went to every Bible study I could. Each time I got out of jail, I wanted to do what was right, but after a few days, I was back to the drugs and drinking.”

A Ray of Light
Her lifestyle would continue into her 30s and resulted in 11 felony arrests. However, not everything in Cathie’s life was bleak. While in jail, she met Nancy Maguire, who had been in jail ministry for more than a decade. Nancy would play a crucial role in Cathie’s life and eventually help lead her to recovery. And in 2001, Cathie met her future husband, Francis, through a mutual friend.

However, the road ahead would be tough. At the time, Francis, a divorced father of four, led a clean life, but his association with Cathie led him to start abusing drugs. “The things I put this man through were unbelievable. But, thanks to Jesus, he was stubborn and stuck with me. He never gave up on me — including the two years I was in prison [2003-05].”

The couple, 20 years apart in age, eventually worked through their struggles and were married in 2007. By May of 2008, Cathie, by this time age 37, was out of prison, but because of two technical violations, the state wanted to send her back for five years. “I was doing well at this point, so when we got to court, I told the judge that I had changed my ways. I had gotten married, was no longer doing drugs and had turned my life around. I was also going to school.”

The judge was merciful and sentenced Cathie to six months. “While I was in jail, I was going to Bible study,” she said. “I prayed, ‘Lord, when I get out, I cannot go back to using drugs again. Help me, Lord.’ I was constantly reading my Bible. I did that before when I was in jail, but this time I was really trying to understand it [the Bible] in my heart and mind. I was really trying to have a relationship with God.”

The Road to Salvation

In fact, Cathie became overwhelmed with a sense of her need for God. “I said, ‘Lord, I surrender. I can’t go on without You. God, I don’t want to walk out of here the same way I walked in.’” In that moment of surrender, Cathie was born again.

With a new perspective on life and a determination not to repeat her mistakes, she was released from jail on December 12, 2008. “One of the first things my husband and I did was start attending church. We were baptized on September 6, 2009.”

But despite the spiritual growth, life has still been a struggle for Cathie and Francis, especially financially. However, she takes comfort in the people who are there to support her. “Nancy has been a huge help; she will not let me give up.”

And Cathie hasn’t given up. “God has taken care of everything in my life. He is always working in me. As a couple, we love each other and we’re always in the Word.”

Perhaps the most significant change of all is Cathie’s new lifestyle. “I have no urges whatsoever to go back to drugs. When I first got out, I struggled, but I turned to God and that has made all the difference. My goal was to go into jail ministry and help the women who are going through what I did for so long. I also wanted to work with the homeless.”

A Ministry is Born
Cathie’s faith was rewarded as the Lord has opened those doors for her.

“Back in April of 2014, Barbara King, a friend of mine from church, approached me after hearing my story,” Cathie said. “When she lived in Oklahoma, she was involved in a ministry that gave out pillows to comfort those members of the congregation who were in the hospital.”

When Barbara moved to Orlando, she wanted to begin a similar ministry there.

“Barbara approached me with the idea, and I loved it,” Cathie said. “This led to The Pillow Project. Besides people in hospitals, we give pillows to the homeless on streets, children in the homeless shelter, as well as friends and family. It has been amazing to watch God use our humble ministry to touch so many lives. So long as we are willing to serve Him, He will bless the work that we do.”

The Lord has indeed blessed both Cathie and her ministry. Yet, despite how well she is doing now, Cathie knows that the days ahead will be challenging. However, she also knows in Whom her hope rests.

“No matter what we go through in life, God knows; He’s there. The things I saw, the people I knew who have died violently … God has been with me every step of the way. He never left me. Everything I went through was to bring me to the point where I could say, ‘Look what God has brought me out of. He truly saved me.’ I have gone from Satan’s grip to God’s glory.’”