Like the lions in Daniel’s den, the ferocious attack dogs meant to torture Majed El Shafie in his Egyptian jail cell refused to do anything to him. They sat placidly, and one even licked his forehead – to the rage of the guards.

“These dogs are trained to listen to their masters,” El Shafie told Sid Roth. “But there is no higher Master than the Lord Jesus Christ.”

How did El Shafie, a remarkable law student, wind up on the wrong side of law? First, he converted to Christianity from Islam, a big no-no in Egypt, which defines itself as officially Muslim. Then he founded a pro-Christian legal aid organization with thousands of members. But the last straw was he wrote a book expounding his ideas.

On August 15, 1998, the government came after him. “At 1:30 in the morning, I heard a knock at my door.” El Shafie said. “Five officers came and broke the door. They took me to the police station behind the Parliament. They told me, ‘We know who you are. We know about your book. One thing we don’t know is who is rest of your group.” 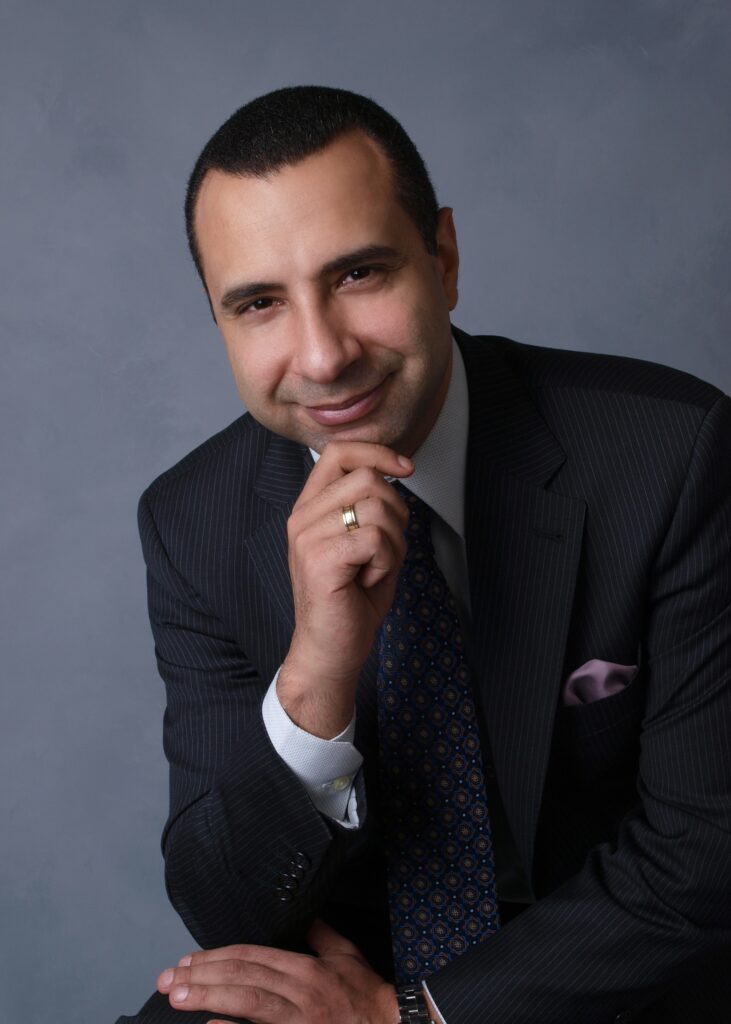 Since El Shafie refused to name his associates, the police resorted to torture. They escorted him to Abu Zaabel prison in Cairo, known in the Middle East as “Hell on Earth,” where he endured seven days before nearly dying, El Shafie said. He recovered slowly in a hospital.

El Shafie was born into an influential family in Cairo of lawyers and Supreme Court justices. But he learned of the injustices of Egyptian law in his first year at law school, when there were up to 7,000 prisoners languishing in Egyptians jails whose only crime was being a Christian.

“From my knowledge, if there is persecution, it means the enemy is trying to hide something.”

His friend very discreetly dodged the question and instead offered him a different book, one “that answers every question he could have.” In the pages of the Bible he discovered a justice, love and forgiveness he had never known before.

Providentially, he first opened the Scripture to John 8, the story of the woman caught in adultery. “Judge her according to the law of Moses!” the Pharisees cried out to Jesus.

“Whoever of you is without sin, cast the first stone,” Jesus replied.

“The only one who could cast the first stone was the Lord Jesus because He was the only one who had no sin,” he observed. “But He didn’t. He told the lady, ‘Go and sin no more. I forgive you.’ This was my first time to see true forgiveness.”

Shafie embarked on a year-long study comparing the Bible with the Koran. When he finished he approached his Christian friend and said: “Now I know what Christianity is about. It’s not a religion. It’s not about going to church on Sunday. Christianity is a relationship with God. I accept the Lord and I want to receive Jesus.”

But converting to Christ is no small matter in Egypt. He would be excluded from professional positions, lose his standing in the community, endanger his life and face severe rejection from his family.

“None of that equal anything if you know that your soul in the end will end up in Hell,” Shafie said.

Using his knowledge in law, Shafie launched a non-profit organization to advocate for religious freedom and aid Christians in jail. It grew in two years to 24,000 members. He wrote a book expounding his beliefs and was arrested on Aug. 15, 1998.

“The officers who are torturing you are always wearing masks. You cannot see their faces. They always call each other by numbers, not by names.”

As they try to break a prisoner down, they increase the torture. From one day to the next, they inform the prisoner of the next day’s tortures, thus inflicting mental anxiety all night long before carrying it out, El Shafie said.

On Day #1, his hair was shaved and his head was put alternately in freezing cold and boiling hot water for a minute each. “After that, they took me to my cell, and the told me, ‘You tell us the name of your friends.’”

On Day #2, they hung El Shafie upside down, burned his body with cigarettes and slashed him with knives.

“The only thing I can remember from Day #2 is the taste and the smell of my blood,” he said. “They took me back to my cell.”

Day #3 was the three snarling dogs loosed into his dark cell. But “the three dogs were sitting around me. None of them attacked.”

Since the first set of dogs didn’t bite his flesh, the guards brought in another set of dogs, which also sat placidly.

“The guards were talking about it as a miracle,” El Shafie said.

On Day #4, guard 27, a huge officer, offered him anything he could want – a big house, money, women – if he would just inform on his associates. El Shafie “agreed” but said he first needed some shish kabobs because he hadn’t eaten in three days.

After licking his fingers, El Shafie told the hulking guard: “I can’t remember the names, but I’ll tell you the name of our leader, and if you can catch him, he can tell you exactly the names of all the members.

“The name of our leader is Jesus Christ,” he said. “If you can catch Him, catch Him.”

The guard slapped him, sending him against the wall. El Shafie was led to a dark room and tied hands, arms, feet, legs and neck to a wooden cross. He hung there for 2-and-a-half days. Then they cut his left shoulder and poured lemon and salt on the wound.

“He thought he broke my spirit, but he was wrong,” El Shafie said.

Nearly dead from extreme dehydration, El Shafie was taken to a hospital. Miraculously, Jesus gave him water, he said. After a week, he recovered.

Eventually he was tried and sentenced to death. But with the help of friends, he managed an audacious escape. He stole a jet ski on the Sinai Peninsula and rode it out of Egypt to Israel.

Through the help of international organizations, he was granted political asylum in Canada in 2002. He became a Canadian citizen in 2006.

El Shafie’s recent efforts to liberate the oppressed under Islam included traveling to ISIS-held territory to buy Yazidi sex slaves their freedom. For his humanitarian work, he was awarded the Queen Elizabeth II Diamond Jubilee Medal in 2012.