“I felt like Jesus and Christianity were my enemies,” said Glaser, who has worked with Chosen People Ministries for 40 years and has been its president since 1997. “I’m an unlikely person to believe in Jesus.”

He dropped out of college and fell into selling marijuana with three Jewish friends in San Francisco. He was a no-nonsense hustler who built up a reputation for a square deal, but on one of his sales, his clients really had no intention of buying the illicit drug. They wanted to steal it – and kill him.

“One of the guys was yelling, ‘Just kill him now.’ The other one said, ‘No, we gotta get the rest of the drugs. Just torch the place,’” said Glaser, who was tied up while his attackers pointed shotguns and handguns at him.

“My whole life played before my eyes. I’m sitting there with my hands tied feeling this shotgun against my neck, and I’m saying to myself, ‘I can’t believe that I was willing to die for just a few hundred dollars,’” he said.

Mitch managed to escaped unscathed from the drug deal. It was a wake-up call and a warning that the houseboat he and his partners had built with drug money was not worth the danger involved. It was also the beginning of God’s call on his life. 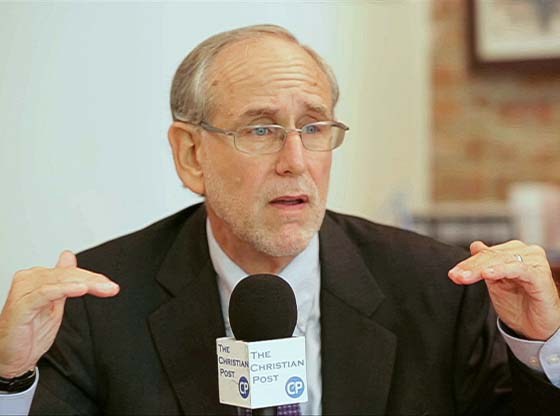 An old friend re-appeared in Glaser’s life talking about Jesus. “I thought she was absolutely nuts,” he said.

But because his friend agreed to go off to the Christian commune in Oregon, Glaser thought he would accompany her to save himself from going crazy. “I felt I was raised the more traditional Jew, so I would go to help them,” he said.

Glaser was braced for a fight, but everybody was too nice. In an evening service, they bowed their heads and went silent. Mitch thought people had either fallen asleep or they were about to witness a seance.

But the older leader directed his voice toward Heaven. Glaser had no idea what was happening. In fact, he thought the leader was addressing him – until he heard the man say, ‘Lord,’ and he realized it wasn’t him.

His early childhood experience with religion was one void of intimacy with God.

When he returned to California, he worked in the redwood forest. He stumbled on a New Testament in a phone booth one night. “I asked God if He was real and would He reveal Himself to me, and then I’m standing there, and there’s this New Testament there,” he said.

“I knew that God had left that New Testament there for me,” Glaser said. “I read it over the next few days. I still expected Christians to be anti-Semitic and Jesus to be the fountain of antisemitism. But the more I read I realized I that Jesus was actually Jewish. I knew that Jesus was the Messiah that our people were waiting for, that I was waiting for.”

Instead of being repelled by the historical Jesus, he was attracted to Him and identified with Him. “I felt like He was a street-smart New Yorker. He never answered a question simply. He always got to the heart of the matter. You always saw pictures of Jesus on the cross, and He always looked so helpless. But I met a very strong, powerful Jesus in the New Testament

As the days passed he took a survey of what his life had been.

“I remember the day I realized I had sold drugs to teenagers. I was horrified at my own soul,” he said. “I began weeping and repenting and asking God to forgive me.”

Glaser finally surrendered and accepted Jesus — the Jewish Messiah — into his heart after studying the Old Testament prophecies about Messiah and comparing them with the acts of Jesus in the New Testament.

Today Glaser is an adjunct professor at Talbot Theological Seminary, where he helped establish the Charles Feinberg Center for Messianic Jewish Studies to promote outreach to Jews. Though his studies and academic teaching have been powerful tools for advancing the gospel, Mitch thinks his best outreach is to those immediately around him.

“My life is the best way to show my family and friends that I love them, that I love God and that I love my people,” Glaser said.