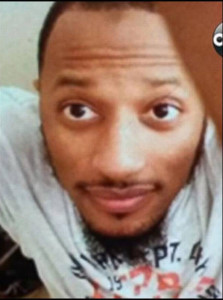 Before the Islamist gunman stormed a free speech rally armed with an assault rifle, Phoenix Pastor John-Mark “Vocab Malone” Rieser witnessed to him regularly at the package delivery service where both worked.

“When I heard about the attack, I wasn’t surprised,” said Rieser, a teacher-pastor at Roosevelt Community Church. “He’d expressed admiration for jihad before. He had told me Osama Bin Ladin was a hero. I’m just saddened he did it. It’s sobering to think he’s facing God’s judgment right now. Was there anything I could have said or done differently that could have saved him?”

Elton Simpson and an accomplice were shot dead by a cop with a handgun in Dallas on Sunday as they attempted to attack a Mohammad cartoon-drawing convention, a deliberate provocation to Muslims who feel offended by artistic renditions of their prophet.

Rieser considered him a friend.

“Elton was not insane. Elton was not mean. Elton was not rude. Elton was not wild-eyed. Elton was not constantly angry. Elton never threatened me,” Rieser wrote on his blog, StreetApologist. “Elton was calm, level-headed, smart, and studious. He was generally kind and well-mannered. Bright and articulate, he spoke smooth and easy. Elton was not a poor unwanted outcast; a down-and-outer he was not. Neither the simplistic narratives of the right or left work for him.”

While the two were friends, they both tried to convert each other.

“We had interactions about who Jesus was, what the Bible is, who Mohammad was, what the Koran is,” Rieser said. “I cared about his salvation, and I believe that in his mind he was concerned for me.”

Once when Rieser was handing out Arabic Books of John outside a Phoenix mosque where Simpson attended, out came Simpson and spoke to all the Muslims who had received the gospel booklet, received it from them and threw them in the trash – about 30, Rieser said.

He went home in his car depressed. But when he saw Simpson at a stoplight, he rolled down his window to ask why he had convinced his fellow Muslims to hand over the Gospel of John.

“I asked him why he was so afraid of his friends reading one book out of the New Testament,” Riesel said. “I don’t recall his precise reply, but I believe it was something to the effect of, ‘I’m not afraid, I am just warning them about poison.‘”

Rieser, who is known mostly by his Christian Hip Hop name “Vocab Malone,” is not your stereotypical Christian. He performs slam poetry in the street, raps about Jesus and is working toward a doctoral degree in theology at Talbot Seminary. His radio program “Urban Theologian” on 1360 KPXQ in Phoenix blends his diverse tastes of culture perfectly, like the espresso he shares with his wife, Nicole.

Rieser got involved in “mosque evangelism” when an Assyrian Christian friend showed him the ropes: stand on the sidewalk, never trespass, don’t be offensive, be polite, hand out the Arabic literature to anyone who wants it, thank those who refuse.

He believes that current world convulsions of jihadist violence will not be solved by political or military solutions, though those may have their place.

Islam is growing in the United States, he said, because Christians are not reaching out to Muslims with love. Christians are ignoring that call because of fear or just lack of interest.

“The solution is speaking and living the gospel to these unreached people,” Rieser said. “Certainly Christians should be doing a better job in terms of evangelism to Muslims. If we have love for the Lord first and foremost, and if we love our neighbor as ourselves, then fear should not be the dominant factor in our considerations for outreach.”

A church in Hartford was founded two years ago that reaches out exclusively to Muslims. Every Sunday, 20-30 Muslims file in, hear the gospel and file out. So far, not many have accepted Jesus, but they appreciate the love they feel.

But when Pastor Adrian Rodriguez and his Assyrian wife Sylvia have asked for aid from Christian brothers – for simple things like giving Muslims a ride to church or pitching in to the grocery fund for needy Muslims – frequently they find Christians balk out of fear.

“What’s most important for us – being emotionally comfortable or being obedient to God and sharing Christ with these people,” Rieser said. “First John says perfect love casts out all fear.”

They walk hours thru jungle, endure hardships, to bring Gospel