Ebola has struck fear in many Americans considering mission trips to the continent of Africa within the last few months. Many churches are cancelling trips, even to countries not affected by the disease, Southern Baptist mission workers report. Only a few congregations continue to push forward with sharing the Gospel there.

After the media’s heightened coverage of the Ebola outbreak reached a fever pitch last fall, all of the International Mission Board’s training events for churches engaging people groups in Sub-Saharan Africa were cancelled due to lack of participation. 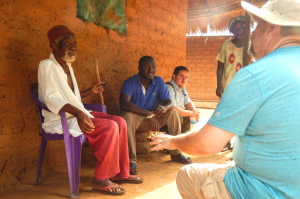 But for some churches the needs in Africa — particularly in West Africa — are too great.

The Camp of Faith Church in Stephensville, Va., sent a mission team to West Africa in late November. Several church members traveled to Guinea-Bissau, which is less than 400 miles from Guinea, where the Ebola outbreak started.

Team member Martha Strayer said, “There was never any doubt from the elders that they would go; however, the decision was not flippant.” They sent their team with no regrets, she noted.

“If I get sick and die, I know where I am going,” said Strayer, recognizing those who have not yet heard the Gospel. “… We have to be willing to die. I hope what I’m doing is worthy enough to die for the name of Jesus. If it’s not I shouldn’t be doing it.”

The Moriah Baptist Association, located in South Carolina, also sent a team to West Africa in November. The team, which traveled to Senegal, drew some scrutiny from their community and churches. 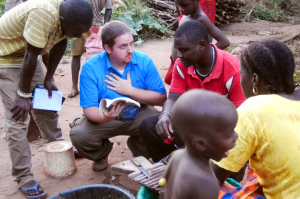 “There were a lot of people being very negative and talking about how it was selfish of us to go because we’d bring Ebola back and put them in danger,” said Dabney Trammell from Immanuel Baptist Church in Lancaster, S.C.

Team members were told by the companies they worked for that if they went to West Africa they would be quarantined.

Even Trammell’s children faced challenges because their mother planned to join the mission trip. The school said they would quarantine her children if she came home.

“[Opposition] was difficult at first,” Trammell said, “but then you just realize you have to follow God’s plan. I’m very glad I came and I’m very glad we proved to [the Senegalese] people that we love them despite what the world is saying about Ebola.”

First Baptist Church of Arnold, Mo., decided that while they could not visit Liberia due to the Ebola outbreak, they could still reach out to their Liberian people group within the United States. 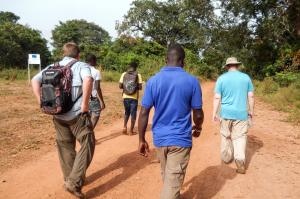 FBC Arnold partnered with FBC Aurora, in Denver, Colo., to work with some Liberian refugees in Denver.

“We recognize that in addition to going to the nations that God is also bringing the nations to our communities,” Jim Nichols, who participated in the mission trip to Denver, said.

The team spent time with refugees so they might record Bible stories to share in Liberia. Nichols worked with Dennis Aggrey, a Liberian pastor and translator who allowed him to connect with more Liberians.

An IMB missionary, who trains churches to minister in sub-Saharan Africa, said fear is often “based on a frantic feeling about something that ‘could’ happen, but not on fact; not on Jesus. Faith and fear cannot co-exist.”

— Pray for churches that are sending out mission teams to West Africa.

— Pray for discernment of churches considering mission trips to West Africa, that they would not let fear drive their decisions.

— Pray for the believers in Ebola-affected areas, that they would continue to share boldly.

— Prayerfully consider reaching out to West Africans in the United States.–BP