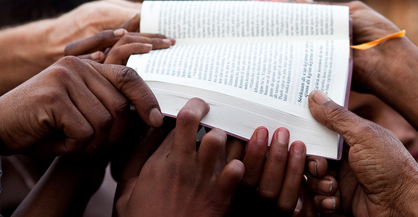 Wycliffe Associates, a global organization that empowers national Bible translators around the world, has successfully completed a pilot program with mother-tongue translators in Asia who were able to draft 48 percent of the New Testament in their language in two weeks.

According to a news release monitored by the ASSIST News Service, the group of Christians, who are in the minority in their nation and suffer ongoing persecution by members of the majority religion, came together for the first time in late 2014 as part of a new translation and training program from Wycliffe Associates called MAST (Mobilized Assistance Supporting Translation).

“The whole translation strategy is based on learning principles that have been tested and proven over a long period of time in a wide range of educational settings,” says Bruce Smith, president and CEO of Wycliffe Associates.

Thirteen national translators were divided into teams of four, and each team was assigned one of the four Gospels: Matthew, Mark, Luke, or John. Next, each team member was assigned a portion of the book. The translators worked 12-hour days and completed approximately 34 verses each day, drafting during the mornings and using a five-step process to check the verses in the afternoons and evenings.

“The result was that by the end of two weeks, the group had completed the drafting and checking process for Matthew, Mark, Luke, John, and 1 and 2 Timothy, representing approximately 48 percent of the New Testament. There was no decrease in the quality of the translation compared to traditional translation methods, which can take 25 to 30 years for completion of a New Testament,” added the news release.

“The group hopes to print their first New Testament and also record it in audio by summer, 2015. In the Asian nation where these translators live, there are an estimated 30 to 40 more languages without any of the Bible.”

S mith stated, “This is not the end of the story for either the [group of 13 translators] or for the parallel translation strategy. We have a rapidly expanding number of partners and languages who want to test this strategy as soon as is practical.

“The great news about this is that it will not only increase the number of languages that have Bible translation in progress, but it will also significantly expand the team of trained facilitators-meaning that even more languages can benefit in the years to come!”

Because millions of people around the world still wait to read the Scriptures in the language of their heart, Wycliffe Associates is working as quickly as it can to see every verse of God’s Word translated into every tongue to speak to every heart. Last year, 2,544 Wycliffe Associates team members worked to speed Bible translations in 66 different countries.

In 1967, three people deeply concerned about the future of Bible translation-Bill Butler, Dale Kietzman, and Rudy Renfer-realized that translators were spending an increasing amount of their time in non-translation tasks. Building and maintaining facilities, doing office work and accounting, vehicle maintenance, and a myriad of other practical tasks were absorbing more and more of their time. They saw that laypeople with a heart for service and a wide variety of skills could accelerate Bible translation by freeing up thousands of hours of translation time each year.

These three men also knew that volunteering in the mission field would increase Christians’ awareness of opportunities to fulfill the Great Commission by translating every verse of God’s Word into every tongue to change every heart in the world.

And they also knew hundreds of millions were still waiting for God’s Word in their heart language. They had to give these people access to the truth of the gospel-so they could know the God who loves them and desires a relationship with them.

So Wycliffe Associates was founded.