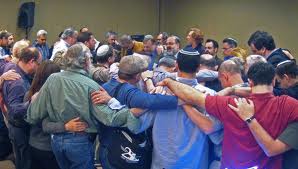 Messianic congregations and Messianic-related activities are increasing in popularity, along with their celebrations of the Hebrew feasts and festivals and the blowing of the shofar.

While this may seem unusual, the historical and biblical evidence demonstrates that following Yeshua (Jesus) was initially an entirely Jewish concept! Jesus kept the Torah or Law of Moses, studied the Jewish Scriptures that many now know as the “Old Testament,” read them aloud at the local synagogue on Shabbat (Sabbath)(Luke 4:16), and was called “Rabbi” by his followers.

“There are now tens of thousands of Messianic Jews in the United States alone; some estimate as many as 1.2 million,” according to the Messianic Jewish Alliance of America (MJAA), founded in 1915. They report Messianic synagogues springing up in almost every major city across the U.S.

“The foundation of Messianic Judaism is each individual’s personal relationship with the God of Abraham, Isaac and Jacob through Messiah Yeshua,” notes the MJAA.

Rather than Jewish people “converting” to Christianity, a Jewish person who believes in Yeshua (Jesus) is accepting the blood atonement of their Jewish Messiah as prophesied in their own Scripture.

“Sometimes Jewish people refer to themselves as Jews who are completed,” the MJAA states.

Since the establishment of the Church, a few years after the death, burial and resurrection of Jesus Christ, centuries of anti-Semitism began. During the Councils of Elvira and Nicaea (held during the first quarter of the fourth century), many rules and regulations were put in place by the early church to separate from the Jewish roots of the faith.

Many religious leaders tried to erase any connection between a Jewish Jesus and Christianity. These questionable decisions were not God’s highest and best for the Jewish people or the Church, resulting in the separation of Christians from the blessings of their Jewish heritage and the resultant denial of salvation and truth for many of the Jewish faith.

Dr. Chuck D. Pierce, president of Glory of Zion International Ministries, believes a movement back to our roots is transpiring rapidly. “Unfortunately, because of the root of anti-Semitism brought into the Church in Constantine’s day, the Church rejected much of that blessing. The good news is, God is restoring what we lost,” Pierce says.

“We learn how to restore the blessing of our lost Biblical inheritance when we embrace the Jewish roots of our Christian faith. God is not calling Christians to try to be Jews, but He does want us to receive the blessings He gave through the Israelites. That’s true Christianity, the kind of Christianity the apostles knew. We have been grafted into this glorious covenant and have access to all the promises and blessings of the covenant,” continues Dr. Pierce.

History shows that atrocities were erroneously done “in the name of Jesus” which left the Jewish community not just skeptical but repulsed at the thought that Jesus could be the promised Messiah, “Yeshua Ha’Mashiac.”

However, some men and women with Jewish heritage became followers of Yeshua over the centuries by God’s holy revelation. “In the following decades (after the late 1800’s revivals) whole congregations of Jewish believers in Jesus were born. This movement was dubbed ‘Hebrew Christianity.’ ‘Hebrew Christianity’ has since become known as ‘Messianic Judaism,’” notes the MJAA. 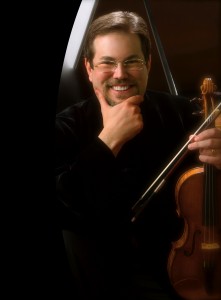 Award winning Violinist, Concertmaster, and “Completed Jew,” Dr. Maurice Sklar says, “I believe that God raised up the Messianic Jewish movement in the past 40 years as a herald of the coming of Yeshua our Messiah, the end times restoration of Israel and the Jewish people in fulfillment of the prophetic scriptures, and in preparation for the Messianic Kingdom that Yeshua will establish during the coming 1000 years of the Millennium.’

The One New Man Network writes: “When both Jews and Gentiles come together, as stated in the scripture, we truly do create an abiding place for His Spirit. As the Jewish people bring forth the ancient covenants, and the Gentile Believers bring forth the new covenant, it creates a threefold cord that, as it says in Ecclesiastes 4:12, ‘is not easily broken’… This act of unity and covenant union makes us much stronger than we could ever have been standing on our own. When the first covenant is united with the second covenant, there is a completion that is found lacking if the two are separated from one another.”

So to what can we attribute this rise in attraction to and understanding of the roots of the Christian faith, and the rising numbers in messianic congregations?

While some purport that Messianic congregations and the practice of the feasts and commandments of the Old Testament focus on religious legalism, less on the Holy Spirit, and less on the Resurrection of the Messiah and the New Testament, this all does, however, help us to realize the wonder and magnificence of all that points to Yeshua as the Messiah and His soon return. Also, for those of Israeli lineage who are used to their Shabbat (or Sabbath) being a certain way, this is what speaks to them…and that is perfectly alright. 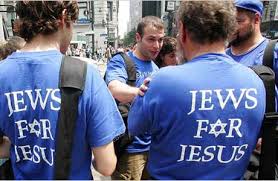 Every congregation or church has its own gifts and strengths as well as weaknesses with one not being better than the other. Covenant truths and blessings, deep meanings, deep respect and honor of God, and joy are indeed a welcoming strength and gift of Messianic congregations.
When the First Council of Nicea was formed in A.D. 325, the date of celebration of the Lord’s resurrection was moved from coinciding with Passover as written in the Bible, to a more Roman practice in order to divest from our Hebraic beginnings. Many other things were changed at this council, and those of Jewish heritage were ousted from any decision making. It is time that this changes with all animosity, ungodly judgments and angst toward those of Jewish heritage, or toward any of those who attend Messianic congregations, ceasing because love and blessings need to prevail for the “One New Man”. Both Christians and those of Jewish ancestry should embrace each other and be in unity, without strife or discord.