the Democratic Republic of Congo (DRC) that killed at least 14 worshippers on Jan. 15, officials said.

While DRC officials said at least 14 died and 63 were wounded in the blast in Kasindi, in the eastern DRC, a spokesman for Uganda’s military operations in the DRC, Bilal Katamba, reportedly said it killed 16 people and wounded at least 20 others of the Church of Christ of the Congo (Eglise du Christ au Congo, or ECC).

Officials suspected the Allied Democratic Forces (ADF) carried out the attack. The Islamic State claims the ADF, an Islamist rebel group, as its affiliate in central Africa. The Islamic State has claimed responsibility for the bombing, saying “nearly 20” people were killed, according to Agence France-Presse (AFP), citing the SITE Intelligence Group.

“People were just flying in the air and falling down lifeless – it was a painful Sunday, everyone inside was trying to get his or her way out, but some couldn’t because their legs had gone off,” Kivugha told Morning Star News. “The bomb killed children and their parents. I was traumatized and suffered some pain all over my body, but thank God I survived.”

“Bibles were in pieces and there was blood all over, and when I checked around me I was in a pool of blood,” Kavugho said. “I lost consciousness. I regained my consciousness in a hospital bed.” 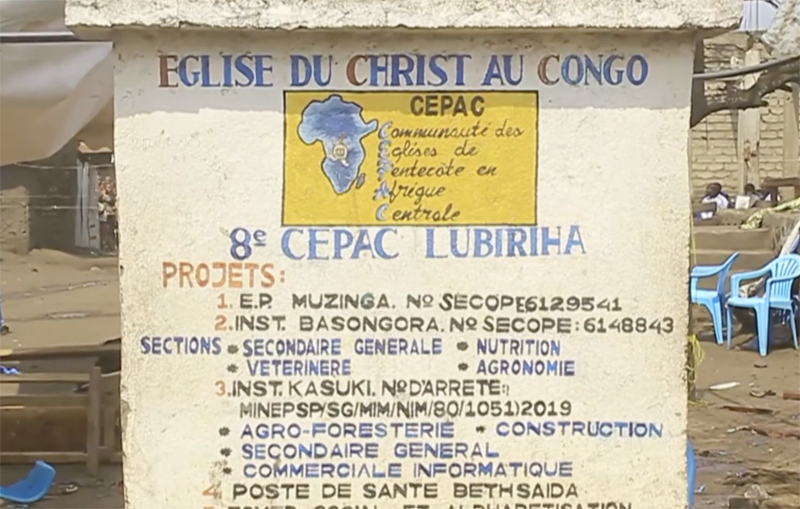 “I saw my fellow church members covered with blood, while others were crying and wailing in pain,” Aline told Morning Star News. “Indeed, it was too terrible for us at that moment. I thank God that I am alive.”

“This was done to threaten and reduce the number of Christians, and also to instill fear in the hearts of Christians of attending church services within the province,” Masika told Morning Star News.

The ECC is a union of 62 Protestant denominations in the DRC. With 25.5 million members, it is often referred to as the Protestant Church as it comprises the majority of the country’s Protestants.

The ADF is considered one of the most lethal of more than 120 armed groups in the eastern DRC. Originally based in western Uganda, the ADF has operated in the DRC’s North Kivu Province near the border since the late 1990s. Ugandan forces have launched joint operations with the DRC military against the ADF.

If you or your organization would like to help enable Morning Star News to continue raising awareness of persecuted Christians worldwide with original-content reporting, please consider collaborating at https://morningstarnews.org/donate/