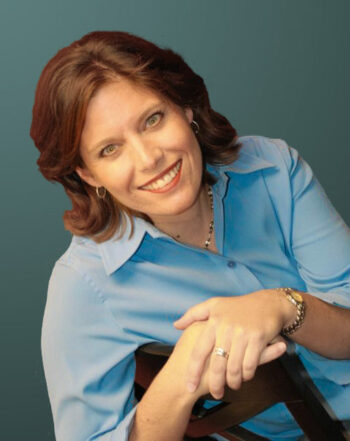 Linda Seiler’s struggle with transgender desires and same-sex attraction had always made her feel like God was condemning her– but it wasn’t until she spoke to fellow Christians about her issue that her journey towards healing truly began.

“From my earliest memory I wanted to be a boy instead of a girl,” Linda says on her personal webpage. “As a child, I prayed repeatedly for God to make me into a boy and became obsessed with my pursuit.”

No one knew about Linda’s frustrations. To everyone around her, she was simply a tomboy, and nothing more.

“Around fourth grade, I heard about sex reassignment surgeries and vowed I would have the operation as soon as I was old enough and had the money,” Linda recounts.

Linda’s sexuality was further confused when her friends introduced her to pornography. Watching it, she envisioned herself as a male, reinforcing her dysphoria.

“In junior high, when all the other girls were interested in makeup and boys, to my horror, I found myself attracted to women, especially older teachers who were strong yet nurturing.”

Distressed by her fantasies and set back by the difficulties of getting a sex reassignment surgery, Linda decided to conform to societal expectations for women. This didn’t rid her of her mental troubles, however.

“I envied the boys around me whose voices were beginning to change, and I mourned the fact that mine would never change like that,” Linda says. “Instead, I had to submit to wearing training bras and being inconvenienced by monthly periods.” 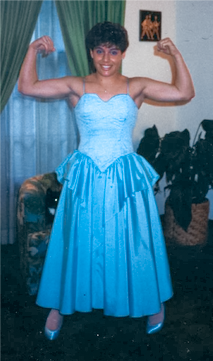 During her junior year of high school, Linda gave her life to Christ. But things didn’t immediately get better.

“I began doubting my salvation experience because my struggles didn’t go away like I thought they would,” Linda recounts. “Yet, I knew Jesus had done something in my heart, and I wanted to follow Him.”

Linda began to experience a spiritual battle for her heart and mind. She attempted to do everything to fit in with other girls– including dating men in hopes of “curing” herself– but her inner thoughts told her that she was meant to be male. Suicide became a real consideration.

“In college, I got involved with a campus ministry and developed a deeper relationship with God, praying and reading my Bible regularly, even sharing Christ with the lost,” Linda says. “I eventually became a student leader despite the fact that I was deeply attracted to women who mentored me and was enslaved to sexual addictions behind closed doors.” 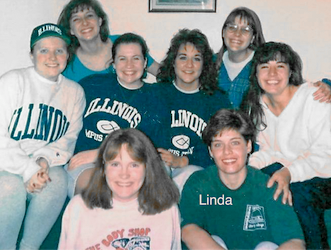 Linda begged for God to take away her transgender desires, praying earnestly for healing.

“My senior year in college, I attended a campus ministry talk on overcoming habitual sin,” Linda recounts. “The speaker quoted James 5:16, ‘Confess your sins one to another and pray for each other so that you may be healed.’”

Linda was convicted by this message and confessed her secret struggle to her campus pastor.

“He responded to me in love, assuring me that he was committed to finding me the help I needed,” Linda states. “I couldn’t believe it. I walked away from that conversation with a fresh revelation of God’s grace.”

Up until that point, Linda had felt that God hated her for her sin. However, this experience shifted her view of God from a severe judge to a loving father. 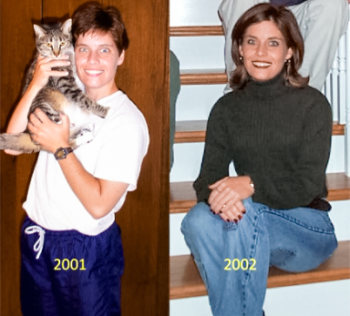 “For the first time, I discovered that being completely transparent with another person was very healing,” Linda says. “I didn’t have to hide anymore.”

Linda’s campus pastor ended up connecting her with a professional counselor. The next ten years were full of turbulence as Linda sought healing.

“It was a slow process, as there were not a multitude of resources at that time to help women struggling with transgender issues,” Linda states. “In fact, well-meaning Christian counselors told me they had seen homosexuals and lesbians set free but never anyone transgender, so I should do my best to cope this side of heaven and know that I will be totally free when I die.”

Linda backslid when she entered a relationship with another woman in her church.

Resolving that it would not fill the hole in her heart, she broke off the relationship.

“By God’s grace, I resolved to tug at the hem of His garment and not let go until I experienced the freedom Jesus died to give me,” Linda affirms.

The Lord answered Linda’s call and put a mother figure in her life.

“I was deeply attracted to her, yet she wasn’t fazed by my struggles and began to invest in me relationally in a wholesome way,” Linda recalls. “I found myself wanting to be just like her , so she helped me buy more feminine clothes and gave me advice concerning makeup and mannerisms.”

Despite her outward changes, Linda was still fighting female attraction.

“In the fall of 2005, the Lord led me to meet with Mark Sandford, an inner healing prayer counselor at Elijah House,” Linda recounts.

In a matter of a week, Linda prayed with the counselor, renouncing any past strongholds, effectively cutting off any negative influence in her soul.

“For the first time in my life, I saw a tender, compassionate side to the Father that I wasn’t aware existed,” Linda says. “It’s as if I could literally feel His hands holding my heart.”

The powerful experience set Linda free from the mental battles she was having. Finally, she had found the contentment in being a woman she had sought.

“As I continued to walk out my healing, I eventually started experiencing genuine attractions towards men,” Linda says. “It was as if I was going through delayed puberty in my mid-thirties, which was both awkward and thrilling to finally experience the mystery of sexuality according to God’s design.”

God has transformed Linda from the ground up, achieving what seemed to be impossible. However, her testimony would come much later.

“I stayed silent for eight years until the Lord gave me the green light to go public upon my eighth-year anniversary of freedom, a new beginning of sorts. I am finally ‘coming out of the closet’ so to speak, sharing my story with others to bring hope and restoration.”

Linda feels a newfound compassion for those who are going through similar struggles and uses her own story to drive healing in those who are sexually broken.

“If we will hold fast to the truth of God’s Word and determine never to give up, we will experience transformation to the point that the sin which once characterized our lives ceases to dominate us,” Linda concludes. “God promised: such were some of you.”

Do you not know that the unrighteous will not inherit the kingdom of God? Do not be deceived. Neither fornicators, nor idolaters, nor adulterers, nor homosexuals, nor sodomites, nor thieves, nor covetous, nor drunkards, nor revilers, nor extortioners will inherit the kingdom of God. And such were some of you. But you were washed, but you were sanctified, but you were justified in the name of the Lord Jesus and by the Spirit of our God. (1 Corinthians 6: 9-11 NKJV)

Nazarii Baytlor studies at the Lighthouse Christian Academy near the Penmar neighborhood of Los Angeles.