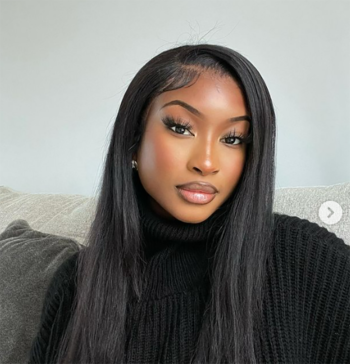 Nicki Minaj was to blame.

Faced with no finances, no family and no friends, Aicha Dramé fell into stripping in Ottawa, Canada, and Nicki Minaj’s lyrics helped push her into the disreputable but profitable lifestyle, she says.

“At that time, Nicki was popping,” the ex-Muslim recounts on her YouTube channel. “She came out with the song “Rich Sex” which is basically about, if you’re gonna have sex with a man, he’d better have mad money, songs glorifying strippers, glorifying sex in exchange for money.”

Aicha began as an immigrant from Guinea, Africa. Her mother prayed five times a day like a traditional Muslim, and her father put her in Islam’s version of Sunday school so she would learn the basics of the family’s native religion. 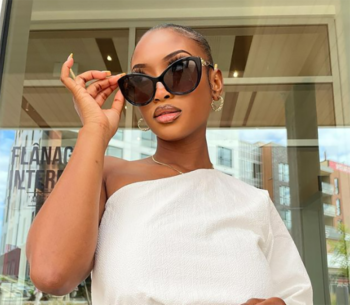 But when he had to move for work to a smaller town, they lost touch with their Muslim community, and Aicha grew up feeling the pull of the world. It started with dance parties and fashion posts on Instagram that got her attention. She got private messages from NBA players in her DM.

Obsessed with her boyfriend, Aicha planned on studying fashion and going with him to Toronto. “Life was amazing,” she says.

But when she got to Toronto, the boyfriend didn’t come with her. After losing her wallet on the train, she took up living with her aunt while going to fashion school.

That’s where she met a bubbly and beautiful girlfriend who invited her into a lifestyle that involved clubbing, liquor and marijuana. 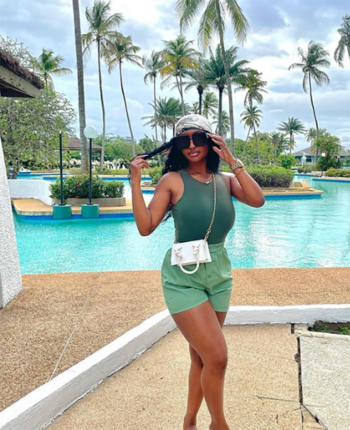 “I was getting high every day,” Aicha admits. “I was so high, I couldn’t even go to class.”

When her Auntie worried openly about her friendship, Aicha moved out and moved in with her friend, who was supported by a sugar daddy who only came every weekend, sometimes every other weekend.

Until Aicha’s friend broke up with him.

“We have to strip,” her friend told her.

It was a shocking suggestion. But Aicha had been traveling down the road of clubs, intoxication and fast money already. And Minaj’s music encouraged her as well.

At first, Aicha couldn’t dance because she didn’t have an ID. But her girlfriend hooked up with an underworld figure. “I don’t know if he was dealing drugs or scamming or what,” she says. But that guy’s associate made romantic moves on Aicha, and she complied.

“That’s what I wanted. I was so ghetto,” she adds. “My idea of success, my idea of the kind of man I wanted – I wanted a hoodie. I was so stupid.”

Aicha hooked up with the gangsta and eventually danced herself. Since no one knew her in town and since no one would find out the depths into which she had fallen, the plan was to save up money and start her business in fashion.

But when it came time to put money down on a condo, the guy let Aicha know he was “married to the streets.”

Her heart was broken. She was obsessed with his bad boy image, but ultimately wanted security and lifelong love.

Simultaneously, she felt trapped by the dancing lifestyle. She was 19.

“A lot of women get in a place where they think that the only way they are going to make it in life is through this lifestyle. You can make thousands and thousands a night,” she recognized. “Dancing like this is not something girls grow up wanting to do.”

When she got pregnant, she didn’t even consider bringing the child to term, but went straight for an abortion. Of course, she was alone and abandoned.

“It was sad. It was a very, very hard time. I fell into depression,” she says. “I felt useless for a very long time. I was wrong, of course.”

The getting high started provoking hallucinations of Hell. “I had visions of fire. I saw these figures in excruciating pain. They were screaming,” she says. “It tripped me out.”

After the third hallucination of Hell, she went to work and saw crosses everywhere she looked.

“What is this?” she wondered.

She woke up the next morning with a pit in her stomach. She got up. “It was like Christ’s white light.”

“Aicha, pack your things,” a voice told her. “You need to go home. Your parents need you. Everything is going to be ok. I’ll prove to you that Jesus is real.”

So, she did. Eventually, she found a church where a female leader prophesied to her about having a good future. She met and married a man of God, a guy who “took me in with all my shame and all my hurts,” she says. Today the couple have a child.

Her parents weren’t at all happy with her leaving Islam, but after they saw she was straightening up her life, they didn’t oppose her choice to convert.

Today, Aicha has a fashion and makeup business.

“I give all the glory to God,” she says. “I went through a lot, I did a lot, and I’m not proud of it. I know that God let me go through for this exact purpose that I can come and tell (people) that there’s a better life.”