When the war in Ukraine started, I was in Alaska with our grandkids.  Immediately I began texting and calling our staff and various friends there.  One of the people I contacted was Valera, a father with two boys 10 & 12 years of age, and also the owner of a souvenir business in downtown Kyiv.

“The sun was coming up and I saw an explosion in the distance,” Valera said. “I looked across the horizon and there was something flying through the air. It was a missile.”

The morning of February 24th was traumatic for all Ukrainians.  Nobody really expected a war to start.  Putin had threatened Ukraine many times in the past, but a real war seemed far-fetched.  This is the 21st century.  The last war in Europe ended in 1945.  Surely it couldn’t happen again … but it did. Russian missiles rained down on Kyiv, the capital of Ukraine, and Valera feared for his life and that of his family.

“I didn’t know what to do, what to think.  It was crazy.  I thought to myself, are we really being attacked?” Valera recalled.

When I reached Valera, he said, “Please don’t forget about us.”

He was crying.  He didn’t want to hang up the phone.

Within two days we arranged to evacuate his wife and two boys. They got three of the last tickets on a private YWAM bus out of Kyiv.  There was no time to prepare or pack.

In Ukraine, men 18-60 years of age were not allowed to leave the country unless you had three children.  Valera, along with most of the men, stayed behind.  The business of selling nesting dolls, however, was closed.  Tourists don’t like explosions when they are shopping.

Valera continues, “A few weeks later my business partner’s apartment was hit by a missile.  We lost half our inventory of nesting dolls.  The artists depend on us.  We were financially ruined.”

Valera’s life had completely turned upside down.  One morning you wake up at 6 am to explosions in the distance and you realize how fragile life really is.  Kyiv became a ghost town as millions fled to other countries in Western Europe.  After two months filled with worry and despair had passed, a ray of hope illuminated Valera’s darkness. 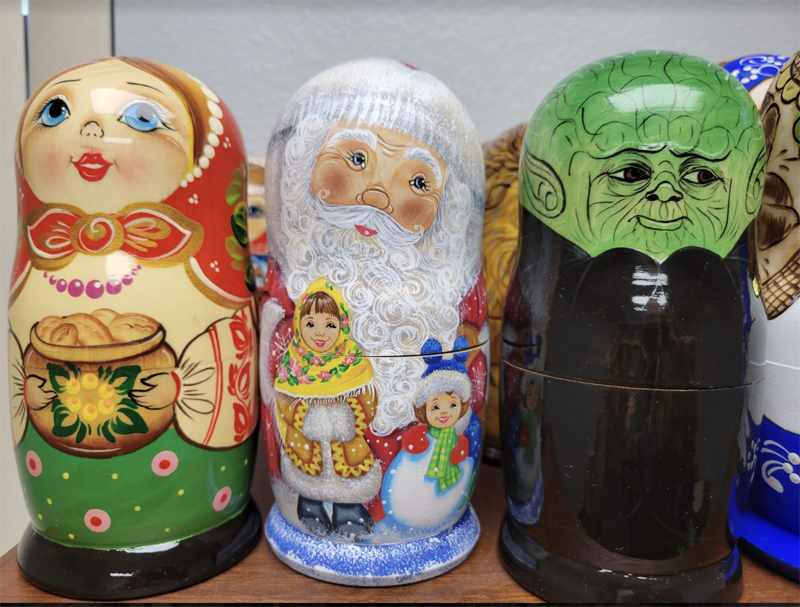 “Valera, you have to give your life to Jesus,” I told him.   “You believe in God.  That is good, but Jesus wants to forgive your sin, to give you hope.  You have to move forward with God, and He will be with you.”

I had never spoken that directly to him before.  You cannot force someone to come to know Jesus, but sometimes they need a little more encouragement than normal.  This was one of those times.

We sat in a coffee shop across the street from St. Andrews Cathedral near where he used to sell nesting dolls.  My wife and I asked him to pray with us.

“I heard those words and felt hope.  I didn’t know what to think,” Valera said.  “I was a believer, like most Ukrainians, but not like that.  I prayed that day in the coffee shop with my friend Jeff and his wife.”

“I still have a lot of questions.  But I read my bible now.  I have hope.  I feel good knowing that my wife and boys are okay.  They are in Slovakia, they share an apartment with another Ukrainian family, and the boys are enrolled in school.”

Mercy Projects bought the rest of Valera’s dolls that weren’t destroyed.  This was another way we could support the Ukrainian people.  For Valera, this was a miracle.  God saved his life, and He used the nesting dolls as well.

Click here to get a doll and support the Ukrainian people!