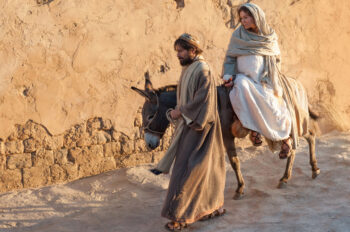 There’s a list that we hear much about at Christmas – the Virgin Mary, angels, shepherds … an unknown number of wise men, and possibly kings of foreign lands.

Heroes of the Christmas story, they played an important part in the birth of our Savior and the message that God was with us!

However, we often tend to forget to list one more hero… a true servant of God and to me the unsung hero of Christmas.

His name was Joseph. He exhibited personal characteristics we should also embrace: spiritual, sensitive, and submissive to God’s great plan to bring to earth our Savior.

Here’s how Matthew 1 tells it:

This is how the birth of Jesus the Messiah came about: His mother Mary was pledged to be married to Joseph, but before they came together, she was found to be pregnant through the Holy Spirit. Because Joseph her husband was faithful to the law, and yet did not want to expose her to public disgrace, he had in mind to divorce her quietly.

But after he had considered this, an angel of the Lord appeared to him in a dream and said, “Joseph son of David, do not be afraid to take Mary home as your wife, because what is conceived in her is from the Holy Spirit. She will give birth to a son, and you are to give Him the name Jesus, because He will save His people from their sins.”

All this took place to fulfill what the Lord had said through the prophet: “The virgin will conceive and give birth to a son, and they will call him Immanuel” (which means “God with us”). When Joseph woke up, he did what the angel of the Lord had commanded him and took Mary home as his wife. But he did not consummate their marriage until she gave birth to a son. And he gave Him the name Jesus.

My point here is that when God breaks into human history, we often don’t understand it. God falls outside our range of comprehension. We all know He doesn’t make young girls pregnant – unless He’s prophesied it and then we look to His word for fulfillment.

God’s word is truth, we must read it to believe it. When we…

Read it, it increases our faith.

Accept it, we please God.

Live it, we bless ourselves and others.

Matthew 1:19NLT describes Joseph as ‘a righteous man.’ Here’s some other qualities about this spiritual, righteous individual…

He was a descendant of David

May already have died when Jesus was crucified.

But there is more to this man and his life than that short resume! When Joseph learns Mary is pregnant, he shows us how a God-fearing man should act. Most fiancés learning that their engaged is pregnant would explode! No doubt Joseph like most men was angry a first, shocked and ill at heart… but he considered Mary and made some wonderful decisions. Now we don’t know how long he took to arrive at them, but he did. 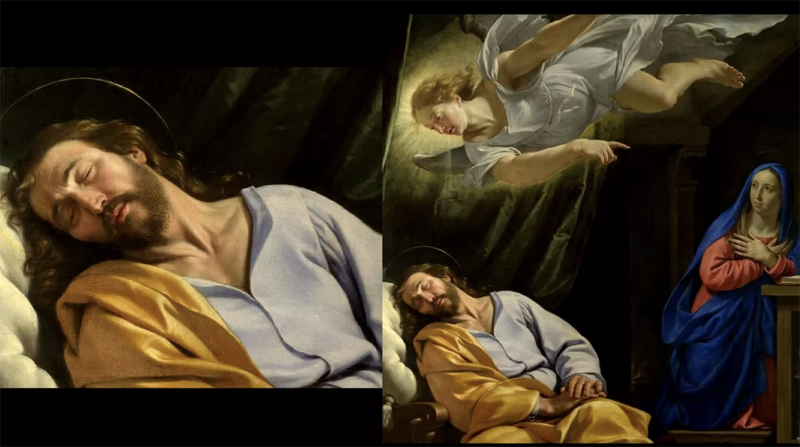 Spiritual decisions bless the other person, even when you’re feeling wounded. A pregnant fiancée may not be your problem… but consider God – sin hurts him, yet His attitude toward those who have wronged Him is to consider them! His love covers sin!

Who makes a man righteous but God? Joseph was obedient to and living under the law.

Joseph considered a private divorce. But he was compassionate as well as spiritual – Mary could have been stoned to death.

For you and me, compassion is hard to achieve sometimes. But Joseph’s example is a lesson we must seek to apply. In Mark 12:31, Jesus spoke of loving our neighbor as our self. Philippians 2:4ESB tells us to not only look after our interests, ‘but also to the interests of others.’

A pregnant fiancée leads to explosive emotions, but Joseph thinks of Mary’s welfare first (v20), and now God moves in the situation.

Our heavenly Father dispatches an angel to converse with Joseph (Don’t you love how many angels are in this story). Joseph is considering what to do and the angel arrives with good news. God’s good news is never late, it’s always on time. Just when you fear it’s all over…there is God, with a word!

Being sensitive to God, Joseph understood what was happening. He was open to the God who ‘moves in mysterious ways His will to perform.’ More open than this mind can conceive — and probably more open that many of you can conceive.

Carpenters are men of logic – measure twice, cut once or lose your profits from waste. Joseph was open to God moving in his life and believed Him about Mary. The principle here is that we need to be open to God being above all our human experiences.

Matthew 19:26 says, ‘With God all things are possible.’ That is why God is God… there’s nothing He can’t do. But we must be prepared to let Him do it and do it His way. Our joy will be fulfilled when we let God move outside of human experience.

Scoffers and unbelievers may abound but as children of God we are called to be ready for the unexpected! When God breaks in as you…

Pray – He will talk with you.

Praise Him – He will speak with you.

Perouse His word – He will instruct you.

All these mean that you’re being given opportunities to develop in spiritual sensitivity and to be obedient to God, even as Joseph was.

A simple, personal example… a homeless person passing by me yesterday asked for a dollar to buy food for his dog. Now I thought this was novel, but the Holy Spirit whispered, ‘Give him what’s in your pocket.’ I reached in, finding all the cash I had – $5. But I knew from experience that God had spoken. and I gave it to this man.

Perhaps that person passing me was an angel… who knows. Spirituality and sensitivity result in submission!

Submission means to put what we want down and do what God wants. Joseph was a humble man, even to being obedient to God in a dream (v20).

Many people fight the word submission for fear they’ll be sent overseas as missionaries – ‘O God, I can do anything but submit to that call.’ Don’t worry, God won’t send you… He’ll invite you! And when the time is right you will gladly go.

Acts 2:17 tells us that God would speak to us with dreams and visions – we must be open to hearing the words of God however they come. Maybe when you go to bed tonight, you should tell God you’re ready to listen to Him if He speaks to you in a dream!

Joseph did more that listen – a man of action, he got on with the job at hand. Submission and activity go hand in hand. He –

Accepted that Mary’s baby had been incarnated by God.

Believed he had been spoken to by an angel.

Obeyed the Roman requirement to go home for the census.

Saddled up the donkey for his pregnant wife.

Headed for a little village with nothing to commend it.

God always seems to work that way… taking the small and insignificant and using it for His glory. When you think you can’t do anything for God, think of Joseph. Believe God’s word that it will come to pass.

Joseph had the courage to be submissive to God and obedient – would that we all have that same attitude and be moved to action for God. It only requires us to be like Joseph!

Remember Joseph this Christmas season – you may be faced with a decision for God: Reflect on it and act spiritually and be obedient. Joseph was even willing to move to an insignificant place with insignificant people, but this Christmas hero played his part in changing the world through his personal characteristics – spirituality, sensitivity and submissiveness!

Are we ready for ‘our Christmas mission’ where we allow God to break in and move beyond where we expect Him to go? That’s the message of Christmas – and of Joseph, its unsung hero! 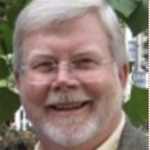 The surprising links between Hanukkah and Christmas