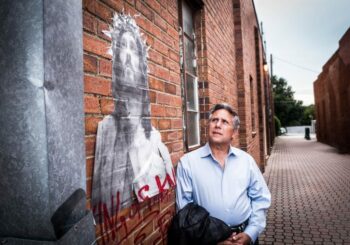 Despite being involved with the Brooklyn mafia, drug dealing, and losing his connection with his daughter, Robert Borelli made a 180 degree turn that changed the future course of his life.

“As a young kid growing up in Brooklyn, New York, being a small guy, I had to be a little rough kid. You had to learn how to fight,” Robert told DadTalk.

Robert’s neighborhood was tough and, unbeknownst to him initially, it was run by the Gambino crime family.

“They protected the neighborhood and got all the respect from just about everybody in it, including police officers.” Robert continues. “There was mutual respect between the officers and the mafia guys.”

Robert was well-liked by the mafia affiliates, and he often attended their social clubs to run errands.

“At the age of 17 years old, I started hanging out with one of the mob guys’ sons,” Robert says. “His dad often had a big spread every Friday night where all the wise guys from the neighborhood would come meet him and give him respect.” 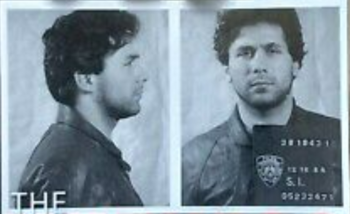 Robert was impressed by the influence of the men there and was drawn towards the criminal lifestyle.

“My family had a hard time making ends meet. There were financial arguments in the house over rent, and at that age, that was not something I was looking forward to having for the rest of my life.”

Robert’s gravitated towards the mafia life, drawn by the respect, money, and nice clothes offered by it.

“See the people?” a mafia man told him one day as they observed some people at a bus stop. “They are the suckers; they have to go to work, and they give half their money to the government. We’re gonna keep that money for ourselves.’”

But by age 20, he was deep into trouble with the law. He had a murder case and possession of a weapon case. Prison offered the proof that he was good for the mafia because he didn’t “rat anybody out.”

So when he was released, he was ready to operate and scale up in the lifestyle portrayed fairly accurately, he says, by the movie “Goodfellas.”

“I was getting recognition,” Robert says. “I got involved in selling drugs.”

Robert was living a fast-paced life of partying, drugs, recognition and excitement. Robert demanded respect, and he would even resort to violence to get it. He wasn’t only running drugs; drugs were running him. He became a “crackhead.”

But then something happened that would change everything.

Mom didn’t like his newly adopted lifestyle and forced him to stay away from their daughter so she wouldn’t get corrupted.

Finally the law caught up with Robert and he was Incarcerated for a long stint. He missed his daughter, but his wife wouldn’t let him talk to her on the prison phone.

“No matter if you’re a mobster or a crackhead, to walk out of your daughter’s life when she’s just a baby is devastating,” Robert affirms. Nothing he could do in prison lessened the pain. “I couldn’t get high, I couldn’t get a drink, I couldn’t medicate myself, I had to deal with that pain.”

He was afraid to be seen crying, so he took refuge in his cell, where he cried out to God.

“I was raised around Catholics, so I knew about God, but didn’t know how to have a relationship with Him,” Robert says. “I cried out, ‘God, if you’re real, have somebody kill me or change me, because I can’t live with this pain anymore.’”

God honored his prayer, and Robert became a new creature in Christ after he surrendered his life to Jesus as his Lord and Savior. Since then, Robert has not touched drugs or alcohol.

Therefore if any man be in Christ, he is a new creature: old things are passed away; behold, all things are become new. (2 Corinthians 5:17)

In addition, he has begun to rebuild his relationship with his daughter.

“I ended up meeting her again when she was 16 years old,” Robert reminisces. “She had an abandonment kind of thing, so things are still a little rocky, but we’re working on it. I’m praying for her, and trying to make a relationship with her.”

Reformed by God, Robert quit the mafia. He collaborated with federal investigators and entered the witness protection program. His name was changed along with his social security number.

“Reading the Word of God transformed my mind and made me see that that lifestyle was not the life God planned for me,” Robert says. “So that transition wasn’t very hard for me. I was in a different state, nobody knew me.”

Robert’s mother passed away while he was in the witness protection program, and because of his changed identity and unknown address, nobody could tell him until three days after her death. He wasn’t allowed to go to the funeral.

But the sacrifices have been worth it to be with Jesus.

“I wouldn’t trade places for anything in the world from where I am today,” Robert says.

Robert warns young men to NOT become enamored with Hollywood’s glamorization of crime life in the movie “Goodfellas” and other films.

“It’s not what it appears to be, a big illusion, so to speak,” Robert states. “The lifestyle is not the same thing as when I was involved in it forty years ago. It’s definitely a lot worse today.”

Robert admires the young men who attempt to build a future for themselves with proper aspiration.

“‘Make the sacrifices you have to make now, so you can have a better life later on,” Robert advises. “Don’t fall into the trap that they portray for you.”

Since then, Robert co-wrote his biography titled, “The Witness”.