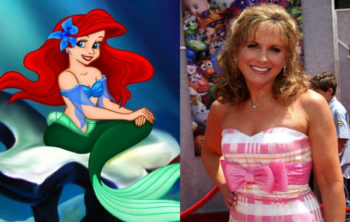 Jodi Benson, 1989 voice actor for the main character in “The Little Mermaid,” repeatedly begged her Christian husband for a divorce when the movie came out. Jodi’s career was successful, but her home life was failing.

“My personal life was plummeting,” Jodi says in an article published by the Billy Graham Association. “I had a real crisis of belief.”

Jodi wound up staying with her husband Ray. They got counseling and had two kids. Her home life is now successful, as is her career, and she credits Jesus for everything.

Raised in a single parent household in Rockford, Ill., Jodi dreamed of singing.

“This dream that I had in my mind was so far-fetched from where I was,” Jodi said. “I’m sure everybody just thought I was crazy.” 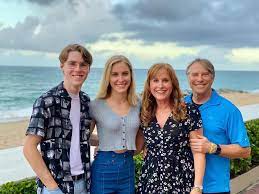 She attended Millikin University in Dacatur, Ill. In 1983, she earned her debut role in the Broadway musical Marilyn: An American Fable. The next year she met Ray Benson, became a Christian, and got married to him.

Moving to New York, Jodi landed an ensemble spot in Joseph and the Amazing Technicolor Dreamcoat. Two years later, she landed the starring role in Smile on Broadway.

Her biggest role, however, came when she auditioned for the part of Ariel. Out of a field of hundreds of applicants, Jodi was chosen. Ironically, she wasn’t excited with the part. 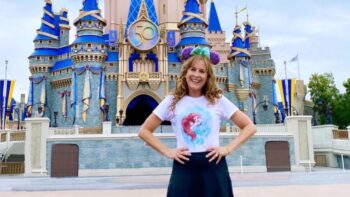 At the time, animation voice-overs were viewed as jobs for people whose careers were winding down. Voice-over actors didn’t even get mentioned in the credits. Benson, who was in her mid-20s, didn’t like the idea her career might be viewed as fading.

No one could have imagined how big “The Little Mermaid” would become. Instead of earmarking her for a dying career, it catapulted her to stardom.

But when she hit the apex of her career, her marriage was hitting its lows. She was focusing on her career, but her family was on shaky ground. She and her husband wavered between reaffirming their relationship or trashing it. 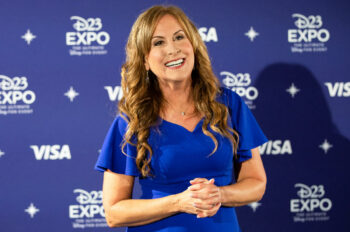 “I just don’t think I’d be where I’m at now if I hadn’t been broken,” Jodi admits. “When He puts those pieces back together again, they can be filled with power.”

Her career and her marriage have been wonderfully fulfilling since then. Jodi was the voice of “Thumbelina,” Barbie in “Toy Story 2” and 3 and played a real person as Sam in “Enchanted.” She’s even voiced for video games and audio books.

Jodi and her husband had two kids, whom Jodi home-schooled while balancing her career. Today the kids are 21 and 23.

“My prayer is, ‘Let me be Jesus today. Let me be light and salt wherever I go,’” she said. “We’re trying to be modern-day disciples. We’re trying not to let our agenda get in the way of His work.”