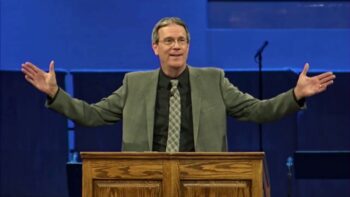 Tom Payne’s roommate annoyed the Hell out of him.

“Just shut up!” he said in his mind, frustrated that Jeff would argue with Louie, who had gotten saved, and that he had to listen to it in their one-bedroom apartment.

Tom, then 19, had come from New York to Prescott, Arizona, because it was famous as a college party town. “Getting saved wasn’t part of the plan. We were in a prolonged adolescence with the feigned attempt at getting an education,” Tom says on a Don’t Sell the Farm podcast.”

So when Louie got cornered by a Christian and acceded to go with him to church one day, Tom offered to provide the alibi when the Christian accompanied him to service. 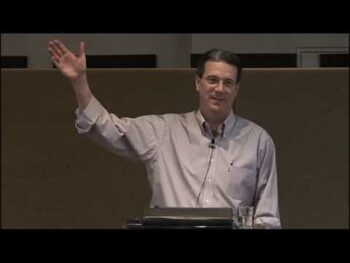 “Just hide in the bathroom, and we’ll tell him you’re not in,” Tom told him.

But Louie was a nominal Catholic and used to showing up every so often to Mass, so he stayed true to his word.

That night, when Tom and Jeff stumbled out of the bar and walked home, Tom remarked sarcastically: “What if Louie got saved.”

They found him in his bed reading his Bible. Suddenly, their fears, however they were treated in jest, now became reality.

Louie told them he had gotten saved and invited them to church. Jeff started to argue with him. Tom rolled his eyes.

For the next days and weeks, the litany was unending. Louie invited them to church, Jeff argued, Tom fumed. “He was in our faces telling us about Jesus,” Tom told him. “Fine, we’ll go to Hell all by ourselves. But just shut up. I don’t want to hear it.”

Jeff was arguing with him nonstop. Louie was just devouring his Bible and was answering him. I couldn’t escape it.”

One evening as he lay on the bed trying to not hear the other two argue in the other room, Tom asked God if he was real. “I was laying on the bed with my hands behind my head, and I said, ‘God, I’m not going to do this just because Louie did this. But if you’re real, I’ll serve you.” 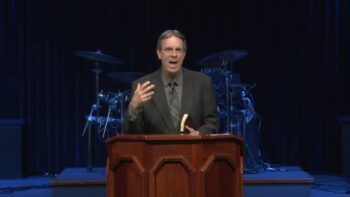 The “presence of the Holy God of the Universe came into that room,” he says. “I thought I was going to die. I couldn’t believe anybody had heard that prayer or would answer that prayer.”

Tom attended a new convert’s class with Louie. He accepted Jesus. “I had already been confronted by the Holy Spirit,” he says. He was delivered from drugs, alcohol and cigarettes. The next day, he started looking for a job.

Finding a job was no easy matter in Prescott, then a town of 20,000. There weren’t many jobs to be had. He wanted to stay with the Prescott Potter’s House, a booming church. His first job to support himself and continue learning about Jesus as a “disciple” was to water plants at the community college. His last job was working on a trash truck.

Tom and his buddies were used to staying up to 4:00 a.m. partying, so when church let out at 10:00 p.m., he didn’t know what to do with his time. Fortunately, some of the brethren went out for coffee and fellowshipped after service.

He came home buzzed on caffeine, and he and his buddies went home afterward and wrote letters to all their friends back in New York that they were going to Hell and needed to get saved. “We bombarded them with letters,” he recalls. Tom wrote his girlfriend back home with the same unpolished approach.

Janice eventually came out for Tom’s birthday and wound up getting saved. She stayed in Prescott and they got married.

Tom, who threw himself fully into church activities and Bible study, was ordained by the same church to launch at start-up church just three years later. His wife was eight months pregnant, and Tom reassured her that God would take care of them even though they had no health insurance.

As foolhardy as that might have seemed, Tom and Janice have done well. He was one of the early pastors to be sent out of the small-town church that has turned into a worldwide movement. The Potter’s House capitalized on the Jesus Movement to turn former hippies into pastors.

“God went out of his way to touch my life,” Tom says. “I didn’t know all of what was going to happen, but I realized that this was big and I went all in and decided to become a disciple and got sent out.”