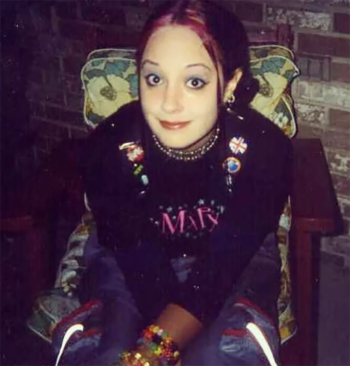 From Santa Cruz, Bolivia, Cristina Baker’s stepdad sent her with a one-way ticket to Maui, where reportedly her biological dad lived.

After waiting six hours to be picked up at the airport, Dad finally showed up.

“This is crazy that you’re here,” he told her as they drove from the airport. “I need to tell you something. I’m homeless and I’m living in a tent on the beach.”

That is how Cristina’s life flowed into uncharted waters.

The bedlam began when her parents divorced when she was 7. Mom flew straight to Bolivia. To the ache of not having her father, add the confusion of culture shock and language barriers. 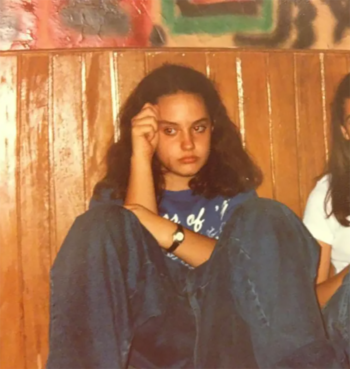 “When my parents divorced, it really set me over the edge,” Cristina said on a 100 Huntley Street video interview. “I was just drawn to the darkness because I felt that way inside.”

Cristina took refuge in the Goth lifestyle with its emo depression.

“My life was totally spinning out of control,” she says. “He basically told me that I needed to leave his home.”

Underage drinking and clubbing caused her to run afoul of her stepdad, who sent her to Hawaii. Maybe he thought she would do better with her biological father, but he was in no place to help his daughter. He had been an oil executive, but drugs drove him to homelessness.

Cristina lived with Dad homeless on the beach for some time.

Then she went from house to house sleeping on the couches of friends at age 15. She got in touch with her brother, who hooked her up with a local church, in Pennsylvania.

That’s when she landed in the foster care system with Sharon Hess, who gave her a warm welcome and a warm bed at her home in 2001. 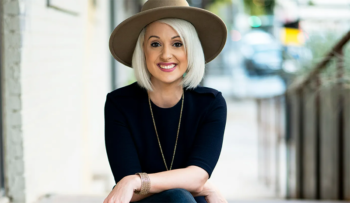 “I just wanted a warm bed to sleep in at that point,” Cristina remembers. “I looked around. I’m like, ‘I’m an atheist; I don’t believe in God.’ But I knew that if I wanted that warm bed and somewhere to stay that I needed to go to church with them.”

Sharon and the rest of the family didn’t judge her Goth clothes and makeup. They even let her wear all black to church. Little by little, the Word of God was planted in her heart, after three years in foster care.

“This woman loved me just the way I was,” Cristina recalls. “She wasn’t trying to change the way I looked.”

After those three years, she moved to Houston, Texas, where she relapsed into drugs and soon found herself pregnant. She planned on an abortion when her drug dealer’s girlfriend showed her a report that the abortion doctor was being sued by the State of Texas because a 15-year-old patient died in his abortion chair.

“She pulled me and she said, ‘I know you don’t believe in God, but I’m begging you not to kill this child,” Cristina remembers.

Cristina became a functional drug addict. She worked as a counselor for Phoenix University and took care of Ethan, her newborn, and did drugs when nobody was watching. That worked for some time, until she got pulled over by police.

While she was awaiting trial on bail, a co-worker invited her to a Bible study. At the meeting, a man named Hillroy gave her a “word of knowledge,” a supernatural revelation about her present state of mind.

“What he didn’t know and what stunned me at that moment was that he didn’t know I was contemplating how to take my life that night,” Cristina remembered. She still didn’t believe in God but couldn’t account for the supernatural knowledge of her inner thoughts.

So Cristina went to the breakroom Bible study. When she entered, they were praying, which surprised her.

“If there is a God,” she thought, “These people have come face to face with him. It was so personal; it was so intimate; it was so passionate, something I had never in my life experienced or encountered.”

Hillroy read to her from Jeremiah: “This is a matter of life or death,” he told her.

Immediately, a mental picture of a car accident flashed through her mind, something that is a common reality for those who abuse alcohol.

“I was driving home drunk every day, Monday through Monday, from the bars,” she admits.

Moved by the Holy Spirit, she accepted Jesus as her Lord and Savior and was born again.

“I experienced a filling from the top of my head to the tips of my toes that I had never experienced in my entire life,” she says. “The peace…the boulders I had been carrying for around 20 plus years of my life were just suddenly lifted.”

She began attending church and getting discipled by Christian co-workers.

In court, her attorney didn’t hold out much hope for her escaping jail time. But Cristina thought about her son. How would he do without her?

But God’s still small voice spoke to her: “Go talk to the DA.”

She consulted with her attorney, who told her no. But the DA walked over towards her and motioned for her to step outside the courtroom.

“Those drugs were mine,” she confessed. “But I’m not the same person who was in the vehicle that night.”

“We all make mistakes in life,” he responded.

Back in court, her attorney, after some procedures, handed her a yellow slip. The case was dismissed. At first, she couldn’t understand, and her lawyer had to explain: “You’re free to go.”

When she left the courtroom, she burst out with praise and prayer. She didn’t care who was watching of if anyone thought she was crazy.

“I’m screaming at the top of my lungs,” Cristina recounts. “I mean, there’s hundreds of people walking around. But you know that’s what happens when we have encounters with God. We become indignant. All of a sudden it doesn’t matter what we look like, it doesn’t matter how loud we scream, you don’t care anymore.”

When Cristina was at her worst and surrendered to God, preparing to preach in his name in jail, she was saved by him. She feels she is created for God and made to bring glory to his name.

“Jesus is everything. He’s my breath; he’s my life; he’s my sustenance; he’s my provider; he’s the bread that I eat. He’s everything to me and I want everybody to know what he’s done for me he will do for anybody.”