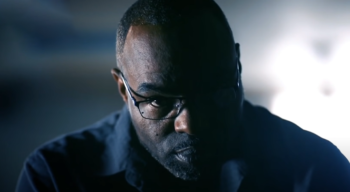 Wayne Bradley carried bitterness against his father and mother following years of abuse, turning to drug addiction to cope with the pain. By contrast, his brother, Craig, responded to the abuse by murdering both parents.

Wayne was born into a physically and verbally abusive family on the south side of Chicago more than 50 years ago. The problem was mainly his father. 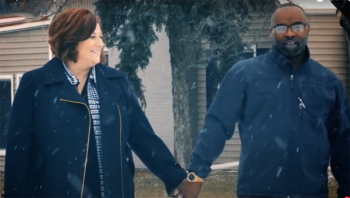 “You’re always guessing what kind of reaction you would receive,” he says. “There was always the fear that permeated the air more than anything else.”

He became a loner, ashamed of his home life and generally afraid.

Straight out of high school, Wayne joined the Army and served four years. For 16 years after that, he was a trucker and a security guard.

But drugs got the better of him.

“I think the main reason I was an addict and I used so many drugs is because I was trying to hide,” Wayne says. “I was trying to hide not only from the things that had happened in my life, but I didn’t want to face the me I was: a user and abuser of people. Everything that happened to me, I did to someone else.”

The cycle of abuse was repeating in his life.

In April of 1996, Wayne visited his parents, only to find they had been murdered in a grisly fashion. It didn’t take long for police to find the killer: it was Wayne’s big brother Craig. 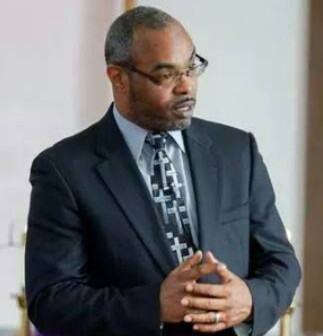 Craig stabbed his dad, Eugene, 60 times, and his mom. Christine Anna, 100 times. Both bodies showed signs of a severe beating. Their skulls were crushed.

Reeling from the devastating news, things got worse for Wayne.

He lost his job and became an emaciated homeless man living under a bridge.

“When you get down to 90 pounds in a shoestring around your waist for a belt, when people lock their doors when they see you, when you’ve given up, there’s only one thing left and that’s to die,” he narrates. “I was just a tired man.”

To support his drug addiction, Wayne was a purse snatcher.

One day as he looked for victims, he saw the perfect opportunity: an old lady alone at a bus stop.

For some reason, the old lady realized that Wayne was about to rob her.

“Young man,” she addressed him. “No matter what you do to me, I just want you to know that Jesus loves you.”

The words hit Wayne like “a brick in my face,” he remembers.

The lady invited Wayne to Victory Outreach, a church dedicated to rehab drug addicts, alcoholics and others who are living on the streets.

Instead of robbing her, Wayne allowed her to take him to Victory Outreach.

It was his first experience with Christianity. Living in the recovery home, Wayne for the first time in his life met people who accepted him at his worst.

“They loved me unconditionally,” he says.

After eight months in the recovery program, Wayne tragically relapsed into drugs and purse snatching.

In 2007, he got busted for larceny and was sentenced to nine months in prison.

It was the best thing that could have happened to him.

“I got my hands on the Bible,” he says. “I was reading it and I was finding out more and more about Jesus. I realized that I was right where God wanted me to be. I gave my life to Jesus. I started getting a personal relationship with Jesus.”

After being released, Wayne was stronger to resist the temptation of drugs. He met and married Jackie. He forgave his dad and brother and became a minister of the gospel. Today, Wayne is the pastor leading I Can Celebration Ministries in Lima, Ohio.

About the writer of this article: Kirollos Abdalla studies at the Lighthouse Christian Academy near the Pacifica Palisades of Los Angeles.