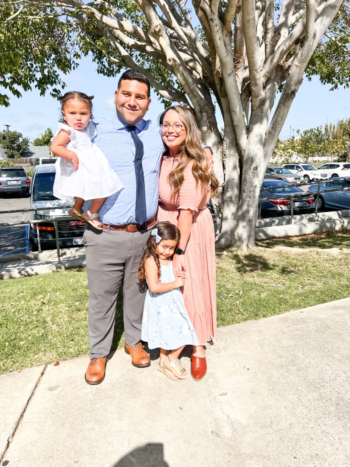 What freaked tykester Emmanuel Zepeda the most was not be removed by Children Protective Services from Mom and Dad. It was not being separated from his two older sisters in transitional housing. It was the kid who screamed all night long.

“It was the kid I think who was going through some crazy stuff,” he remembers on the  Virginia Beach Potter’s House podcast. “He would be screaming all night. As a kid, I didn’t know what was going on. I was freaking out. I was crying that night.”

Today Emmanuel is a testament of how God can help foster care kids, who suffered under drug-abusing and drug selling parents.

Emmanuel Zepeda’s parents were rebels cast out by their respective families. They were so shunned by their families that when Dad was in jail for trafficking and Mom interned at a rehab trying to clean up her act, none of the family members would take in Emmanuel and his sisters.

“I was in and out of that foster home,” he says. “Growing up we never knew when the police were going to show up and take my dad away. I grew up in a very dysfunctional home. Both my parents were heavily involved in drugs and in-and-out of prison. It was always in the back of my mind: Were my parents going to be taken away?”

Emmanuel was born in Brawley, California. When he was taken out of the transitional facility and placed in a foster care home, “you could tell the people did it just for the money, not having a heart for the kids,” he says. “There were a lot of times where they would pull me by the ear where my ear would start ripping and start bleeding. They couldn’t hit us.” 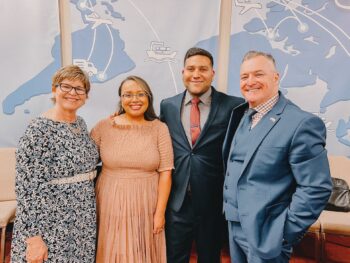 Emmanuel didn’t have a taste for the Foster Mom’s cooking. His punishment for not eating was to have to sleep at the table. “My sister would come at 2:00 a.m. and pick up and take me to bed,” he remembers.

Emmanuel was in kindergarten. His father was in prison for armed robbery. His mother entered a Victory Outreach woman’s home to get clean from drugs. She wanted to clean up for her kids, but he battled with rejection because, ultimately, she sent him away.

“We had a disconnection with the rest of the family because my parents were the rebels of the family,” he explains. “Who wants to take in four kids? So, we definitely went straight into the (foster care) system.”

While he lived in poverty, Emmanuel and his older brother and sisters went to the local church for sandwiches. “To this day, I remember how good they were,” he says.

After so many years, his Uncle Ben and Aunt Rosy got saved in the Potter’s House Church and received the kids into foster care when Emmanuel was seven years old. He started learning the Bible stories, with Veggie Tales.

“My life changed from there,” he says. “The exampleship they set with going to church helped me. I definitely did see a difference coming from a dysfunctional home and seeing how my parents would fight throwing stuff around. I would never see my aunt or my uncle fight at all. I looked at that and said, ‘Wow this is different.’ We felt safe there.” 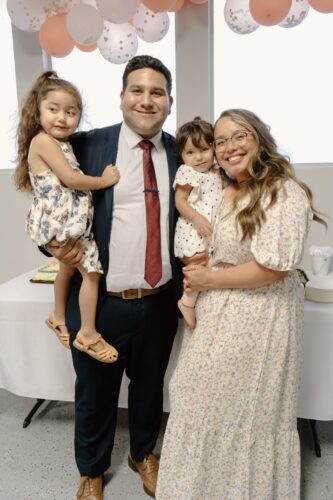 But Emmanuel didn’t serve God like a straight shot arrow. He dabbled with the ways of the world: girls and marijuana. He learned to be a chameleon: in church he played the part but at school he showed nothing of Christian character.

“I can’t even count on my fingers the times I backslid,” he says. “The last time I backslide, I believed the lie of the world. I looked at my friends from school, and it looked like everyone was happy and having fun. I decided, ‘You know what? I’m just going to do what I want. I’m going to go experience what the world has to offer.’”

By now, his parents were serving Jesus and were adamantly opposed to Emmanuel falling into the gateway drug. One day when he skipped class to smoke weed, school administrators called to alert the parents of his absence in school.

Dad was waiting when Emmanuel, still a little high, got home.

“How was school?” Dad asked.

“I got a call that you didn’t go,” Dad responded.

Emmanuel got filled with fear at that moment.

“When it came to discipline, my dad had a heavy hand,” Emmanuel explains. “He took me into the garage, grabbed a belt and started whupping me. He set that tone for me, You’re not gonna get involved in drugs. You’re not going to live that lifestyle. You know better.”

But he went to parties and was “very disrespectful to women because in the world it seemed like that’s what they liked, that was the only way to get their attention,” he says.

But the chameleon life wasn’t working – for 14 years.

“I was getting frustrated because I wasn’t able to live the life I wanted to live and have joy,” he says. “I was dealing with loneliness, unhappiness and depression. I never got comfortable in the world. I always felt like the outcast, no matter how much my friends would try to include me. I always felt like I didn’t belong because I knew what was right and I knew what was wrong

“I knew that if I died, I was going to Hell.,” he adds. “The funny thing is that I would actually rehearse saying the sinner’s prayer as quick as I could just in case, like if I was in a car accident, how fast can I say it?”

Because of dissatisfaction with the world, he started attending church again – but only tentatively. He attended irregularly and left during the altar call to avoid church workers talking to him to respond to the Holy Spirit and make a decision to leave his sinful lifestyle.

Finally, at one service, God dealt with him. It seemed that God gave him an ultimatum: he would be free to go into sin or decide to leave it all behind. It was 2015, and he was 23.

“Right when I said the sinner’s prayer, this weight was lifted off my shoulders,” Emmanuel says. “I had this true conversion finally. It was almost like God said, ‘This is it. You have to choose and you’re not going to have another chance to choose how you’re going to live.’”

His attitude changed. Lustful thoughts dropped out of his life. He was always shy but tried to serve God and open himself up to ministry, first ushering, then Bible study. He read his Bible through.

In 2017, Emmanuel married the girl who prayed for him to come back from backsliding.

“God had patience with me,” he says. “God slowly guided me back to church.”