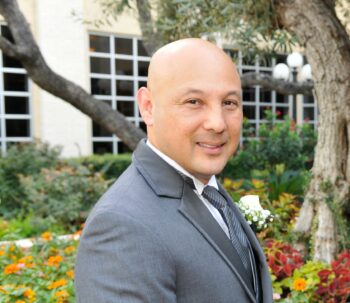 When Adelso Lemus was expanding his business and felt pressured to cover ballooning expenses with new sales, he was diagnosed with stage four pancreatic cancer.

“The doctor was gently telling us that they were going to see what they could do,” Adelso told God Reports. “I didn’t want to do chemo because the last time I had cancer it jacked me up.”

From his hospital bed, he watched his family huddle. 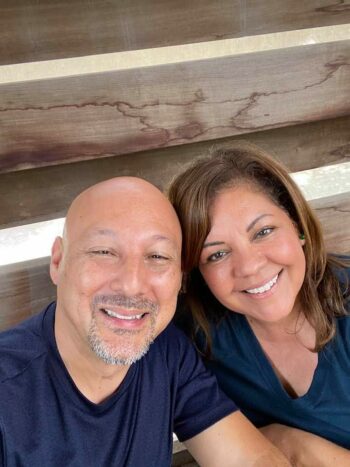 They weren’t weeping; they were strategizing. Who would do what to cover Dad’s extensive responsibilities in the business? Adelso and his family sought what they always wanted in times of trial: a turnaround, for good to come out of the bad.

“I wasn’t thinking I was going to die,” he says. “I just needed to work this through and get back to the business.”

Adelso battled the cancer while building his business of specialty tres leches cakes.

He shares his life philosophy on a radio podcast “The Flipside” which encourages listeners to not despair but to find how “all things work together for the good,” as the Bible says.

Adelso, 54, lives in San Antonio, Texas. He got saved as a youth in Albuquerque when he saw a formerly “fried” pothead” all cleaned up and alive.” It was an unexpected surprise, and the young man invited Adelso to church. He didn’t want to go, but his friend hounded him and he broke down. Of course, Adelso ended up receiving Jesus and transformation.

He grew zealous for the things of God and even prepared himself to enter ministry. He was part of the church-planting mission that emphasized evangelism and discipleship and not Bible school degrees.

He and new-convert Veronica got married “Jesus people style,” the way the hippies did in the Jesus Movement of the 70s, without expensive ballroom-like details and during the Sunday morning service. They were in love with each other and considered the fact that Jesus didn’t have any money.

Adelso and Veronica marched off to Panama, where they were missionaries for nine years. It was a wild time of scrambling to make ends meet. Adelso became very resourceful as he adeptly negotiated equipment and building rentals without having enough money to do so. Navigating financial hardship with resourcefulness became a skill he carried forward in life and it became the hallmark of his business.

“It hardened my hide to be able to go through what I’ve gone through in the business,” he says.

When his 25th wedding anniversary approached, he was on staff at John Hagee’s Cornerstone Church. He decided to save as much money he could every week to honor his wife with a big bash to renew their wedding vows. He wanted to make up for the skimpy beginnings of married life.

How would he cobble together the money for the event? His sister gave him a secret recipe, a tres leches cake with a non-traditional flourish, pineapple. It was off the radar, but when he took samples to some local restaurants they were curious.

“The way they responded in the restaurant was really positive,” Adelso explains. “I wanted them to taste it to see if it had any potential. They really liked it. I just chased the dream because of the reaction that I got. It was a genuine surprised reaction. I thought, Wow, they really liked it. It made me realize that this was something I could possibly do on the side.”

He started at home, but you can’t cook at home for commercial ventures for long.

The preparation for a wedding renewal turned into a full-time business. He needed to rent space at a bakery. At a cooking conference where he impressed with free samples, an acquaintance tipped him off to a 2,000-square-foot San Antonio bagel shop that could rent him space after 3:00 p.m.

The only problem was that she wanted $1,200 a month, a good price since he wanted to use her equipment, and all he could offer was $350. He offered to keep paying a higher rent towards eventually paying the $1,200, up to nine moths later, as his business grew. He promised to leave it spic and span.

Adelso did what he had always done. As part of the negotiations, he brought his tres leches and asked her to taste it. The sweetness of the cake and his sweet talking did the trick.

After a year and a half, Adelso increased his scope. Not only did he provide local restaurants, he supplied supermarkets.

On Craigslist, he spotted a 8,000 square foot facility available, but when he inquired, he found out that the owner had already agreed to rent it to somebody else. Again, Adelso brought samples to the negotiations, and samples did the trick.

“I’m going to let you have it because my kids really loved the tres leches,” the landlord told him. “The other baker didn’t give us any samples.”

In addition to the pineapple passion tres leches, they also offer cherry vanilla, vanilla cream and oreo. They make flan and chocoflan.

Everything was going and growing. He moved into a 15,000 square foot facility in Apirl 2016. In November, one of his biggest clients, a supermarket decided to make their own flan and chocoflan. “I was devastated to say the least,” Adelso says.

The unexpected loss of an important client brought a crunch. Adelso knew where to turn: “God show me how to fix this. What do I do?”

God revealed to him to expand in south East region of Texas. Within three months, he had 70 new accounts. “I never worked so hard in my life,” he admits.

Then in August 2019, he got jaundice and began experiencing pain in his abdominal area. He went to the hospital where they discovered the ducts to his pancreas blocked by a huge tumor that squashed everything. The cancer had metastasized. The diagnosis was grim.

Surgery wasn’t an option. The oncologist proposed chemotherapy, which Adelso rejected because in his previous cancer scare, the chemo nearly killed him. The doctor said an alternative would be immunotherapy. He jumped at it and started in October.

As a born-again Christian, Adelso wasn’t afraid. “If I die, I’m going to live anyway,” he says. He spoke words of faith over his life. He continued his podcast. He talked always about the good things that were coming out of the bad.

When the oncologist checked his progress on Dec. 31st, she was mystified.

“I’m looking at this scan, and the CAT scan shows you don’t have any tumors,” she told him. “There’s nothing there.”

There were a year and nine months more of treatments, which the doctor recommended he undergo perfunctorily.

“I was a little surprised” by the miraculous healing, Adelso says. “But at the same time, I wasn’t.”

Today, Adelso, Veronica and the whole family are back in business, praising God for the blessings that He brings into their lives. They deliver anywhere in a 2-and-a-half hour radius of San Antonio. In February 2022, he adquired Affliated Foods as a client and is now intra-state.