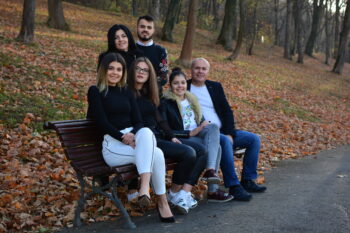 The discouraging thing about Romania was not the breadlines. It was the utter lack of hope.

Even after communism fell, the leftover lifestyle was colorless — work, work, work.

Ovidiu Rusu, because he had read widely, dreamed of greater things and despaired of a life assigned by socialism of being just a part of the machine to support the state. 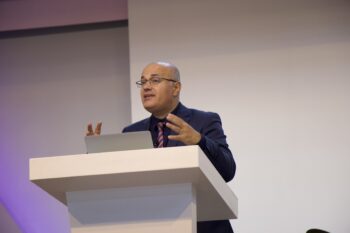 “When I was a child, I was not aware of how bad communism was. But as I became a teenager and then a young man, it was a struggle not seeing a future. There were no opportunities. All the doors were closed,” Ovidiu says on a Virginia Beach Potter’s House podcast.” I told my friends, ‘If the end of the year catches me here, I’m going to kill myself. I don’t want to live this life.’”

Life in Brasov under communism, according to Ovidiu, was characterized by:

Even the fall of Romanian dictator Nicolae Ceausescu in December 1989 did not immediately usher in a change of life. Though freedoms were introduced, life continued to appear pretty dull and opportunity-less. 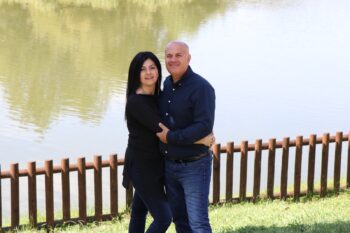 The legacy of communism was atheism. His parents had never attended the Eastern Orthodox church much, but a lot of other Romanians did as a passive resistance to communism. Ovidiu didn’t believe in God because that’s what they had taught in school.

Thinking that if life were to change, he would need to do something himself, Ovidiu fled the country with some of his young adult friends. Their plan was to make their way to France and join the French Foreign Legion. They had heard that the pay was good, and you could apply for citizenship in France.

But they got caught and jailed. It was the first time Ovidiu flew in a plane, since before he could never afford plane travel, much less international tourism. He was flown because he was deported.

“I was very, very distraught,” he says.

During the last two weeks of 1992 he stayed in his room, pacing and smoking. He avoided his friends and his girlfriend. He was stewing.

Though he didn’t believe in God, he cried out to him. “If you exist you have to do something,” he said.

On Dec. 31, his mom sent him to the bread lines at 4:00 a.m. You had to get up early to get the special bread that is customary for New Year’s Eve. “It wasn’t a line, it was a mob, and I’m right in the middle of it,” he remembers. “I was standing there frustrated, angry, desperate, no hope.”

He noticed a young guy working his way through the crowd. “Excuse me, excuse me,” he pushed gently through, coming straight over to Ovidiu, whom he addressed.

“I know you from the neighborhood,” the young man said. He began witnessing to him about Jesus.

“I cried out to God three days earlier, and the first time I step out of my house, God sent this guy to talk to me,” Ovidiu marvels.

What hit him was the young man assured him that God would take care of his future. “That was my struggle,” Ovidiu says. “That was what I was fighting with inside. I could not get his words outside of my head. God was working in me.”

Ovidiu went to church that very night. The Christians were praying, thanking God, in a circle. Ovidiu accepted Jesus into his heart.

At the time, there was a revival among young people sparked by missionaries from Germany and elsewhere. “I was 23, and I was one of the older people getting saved,” he says.

Ovidiu attended a church led by Richard Brooks, who preached hope and faith, an enticing novelty for Romanians.

“I was just amazed at the preaching,” Ovidiu says. “I was open. Pastor Brooks was the right man at the right time. He was a man of faith. He was an exciting man, he was happy. He had an attitude that everything is possible. That’s exactly what we needed because we grew up in communism in which nothing is possible and all the doors were closed.”

Ovidiu grew in his faith and knowledge of the Bible. Today, he is a pastor in Brasov.