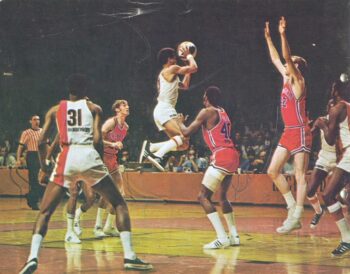 When his family left Texas, little 9-year-old Mack Calvin saw poverty and physical and verbal abuse under the drunken terrors of his father. His family was evicted many times, so Mack moved from school to school and his learning suffered. In college, he read at a 7th grade level.

So when the 100 colleges offering him basketball scholarships saw his 1.9 GPA on his transcript, they shut the doors to him. “This boy’s dumb,” Mack imagined they said of him.

“My father was always drunk. It was kind of embarrassing when he came to my baseball or basketball games drunk,” Mack told God Reports. “God said to me, ‘You’re not going to ever drink. I didn’t want to be like my dad. I detested the anger he displayed towards my mother when he was intoxicated. 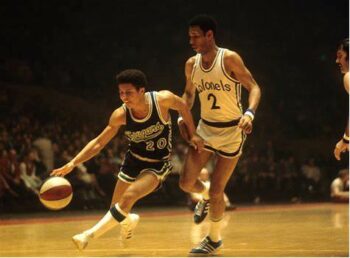 Ultimately, Jesus had big things for Mack, who eventually became a Hall of Famer in basketball. In August, he’s running free youth basketball camps in Long Beach, aiming to help impart values to underprivileged kids and teach them about Jesus.

Born on a farm in Ft Worth, Texas, Mack’s family was middle class and never lacked food. But his dad was an irascible, foul-mouthed drunk who decided to move the family to Los Angeles. His continuous gambling impoverished the family, and they went from eviction to eviction until they arrived at the Imperial Courts Housing Project in Watts.

Right next door, there was a gym where Mack played and practiced continuously until age 15, before the family moved to Long Beach.

“I knew in my heart that I didn’t want to be like my father,” he says. “I wanted to be great. I wanted to be special. I worked hard.”

Parks & Recreation coaches took the raw material in Mack and formed a high-caliber player. At Long Beach Polytechnic High, Mack led his team to back-to-back CIF championships both years he was on the varsity team. He was all-CIF, the state sports organization for high schools.

Colleges wanted him. But his schools had put him into wood shop class, metal shop and special education; he fell victim to the instability of his home. So off to Long Beach City College he went. Mack led his team to championships.

Coaches Chuck Kane and Bill Barnes turned his academics around. Starting him in easier academic classes and connecting him with tutoring, the coaches transformed the academic underachiever into a Dean’s List student.

After two years in the community college, Mack accepted a scholarship offer at USC, where he broke UCLA’s 41-game winning streak with his tenacious play. What the 6’0” point guard lacked in stature, he made up with sheer grit and determination.

Out of college, Mack played seven stellar seasons for the American Basketball Association until it merged with the NBA in 1976. He was an ABA all-star five times and was named to the ABA all-time team 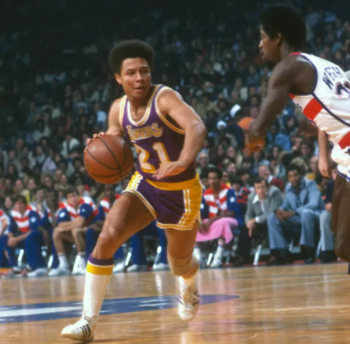 Joining the NBA, he played for the Lakers, Spurs, Nuggets, Jazz and Cavaliers before retiring after the 1981 season. He did some stints as a coach, including for the Lakers and for the Virginia Squires.

For 44 years, he’s sponsored a basketball camp to give back to the communities where he’s lived. “I want to always aspire to make a difference,” he says. He’s mindful of the hardships of his own upbringing.

He’s always attended church. In college he participated in college sports faith groups. On the road, he’s attended whenever it was Sunday, as long as there wasn’t a game. Today, he attends Bishop Charles Blake’s West Angeles Church of God in Christ.

“I loved the spirit that came from the church,” Mack says. “I’ve always had the anointing on my life, even in the difficult times.”

One “difficult time” was when he was going through a divorce in 1997 and simultaneously got fired from a coaching job. He found himself “homeless” and had to crash at his sister’s place for eight months.

Another difficult time was when his father was dying from asbestos inhalation. Sick in his 50s, Dad finally turned his life around, stopped drinking, cussing and gambling. He turned himself over to the Lord and began to serve in the church for almost a decade.

“Through my highs and my lows, I’ve never wavered,” he says. “When I was injured or traded, I always called on the Lord to get me through.”

About the reporter on this article: Pastor Michael Ashcraft is also a financial professional in California.