Israel is kosher – a Jewish way of saying that it’s perfectly legitimate. And this was made clear in no uncertain terms at a Parliamentary reception in London last week (July 6th).
Held to mark the centenary of the British Mandate for what was then known as Palestine, the message of the event emphasized the international legality of the Jewish state, constantly questioned by politicians and media in today’s world.

International lawyer Andrew Tucker said the finding of the United Nations Human Rights Council that Israel’s ‘occupation’ of Palestinian territory was the chief cause of the Middle East conflict was a serious misunderstanding of history by those who had forgotten what the Mandate was all about.

It was in London in 1922 that the League of Nations approved a plan for Britain to effectively prepare the ancient Jewish homeland for statehood in a legal arrangement known as a Mandate.

Following the collapse of the Turkish Ottoman Empire, France was given responsibility for Syria and Britain for Palestine. 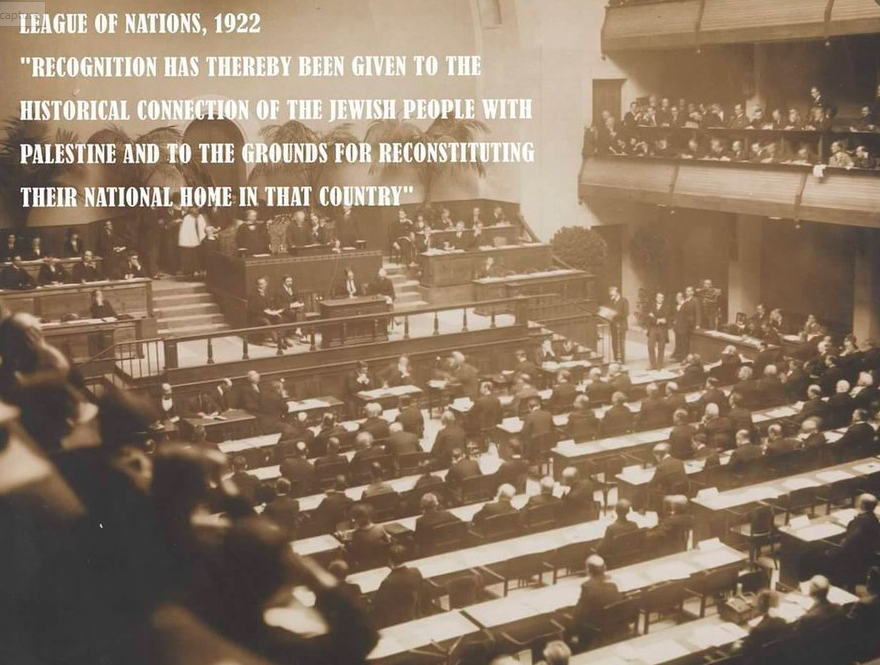 In Israel’s case, boundaries were drawn around a region far greater than that eventually settled by Jews. But Winston Churchill, then Colonial Secretary, ceded the vast area east of the Jordan River to the Arabs.

Australian-born Mr Tucker, now based in Holland where he heads up The Hague Initiative for International Co-operation (thinc), believes Churchill’s action amounted to the two-state solution we hear so much about today – still Britain’s official policy.

At the very least, all the territory from the Mediterranean to the Jordan was originally earmarked for Israel in the 1922 agreement, which confirmed the intentions and decisions of the 1917 Balfour Declaration and the subsequent San Remo Treaty of 1920. In truth, Israel occupied no-one’s territory, either then or now.

“We already have a two-state solution in my view,” Mr Tucker said in referring to the creation of Jordan. The Mandate, he said, referred to the right of the Jewish people to settle in Palestine, which raised the question of how Jewish settlements in Judea and Samaria (the West Bank) – the very heart of Israel – could be considered illegitimate.
What happened was that Jordan illegally annexed those areas in the War of Independence of 1948/9 before Israel reclaimed them in 1967 while choosing not to exercise their authority there.

The Palestine Liberation Organisation, meanwhile, are committed to the destruction of the Jewish state and, in any case, have never committed themselves to a two-state solution.
“We’ve allowed history to be forgotten,” Mr Tucker said, adding that we are now seeing “a war of lawfare” with the United Nations consistently undermining Israel’s position whereas the Mandate was a genuine attempt to enable people to achieve the independence they deserved.

Also addressing the gathering was outspoken peer Ian Austin who said the accusation by Amnesty and others of Israel being an apartheid state was “a complete and utter disgrace” as well as an insult to black South Africans who suffered under a brutal regime.

Also sharing his story was Shaya Charsit, a retired colonel with the Israeli Air Force and a survivor of the tragic Exodus debacle of 1947, a particularly black moment in British history. With 4,500 Jews on board, the ship was refused entry to Israel by the British authorities and sent back to Germany, home of their tormentors!

Polish-born Shaya, 88, referred to the 1939 White Paper restricting immigration to the Holy Land at a time when his people needed it most as a betrayal of the Mandate.
But he felt “on top of the world” when he finally made it to Israel, where he fought in a succession of wars for their survival.