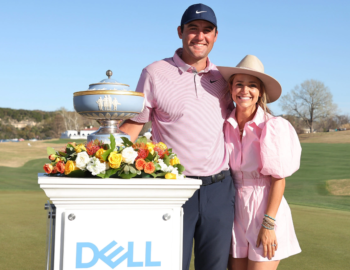 With $2.7 million on the line to win or lose the most legendary golf tournament in the world, the fabled Masters of Augusta, Georgia, 25-year-old Scottie Scheffler, who had won his first PGA Tour title only weeks earlier, broke into tears of nervousness on the morning of the final day.

“I cried like a baby this morning, I was so stressed out,” he admitted later.

Scheffler was grateful for her wisdom, “What we talked about is that God is in control and the Lord is leading me and if today’s my time, then it’s my time…if I shot 82 today then somehow I was going to use it for His glory.” 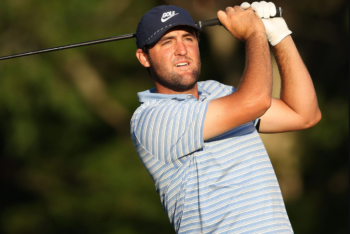 His wife’s advice and the Lord’s presence helped calm his nerves, and Scottie coolly chipped his way to the championship. As he donned the storied green jacket given to Master’s tournament winners, Scottie spoke about his Christian faith.

“All I’m trying to do is glorify God,” he said. “That’s why I’m here and that’s why I’m in this position and so for me it’s not about a golf score. I need a Savior and that’s probably one of the coolest things about our faith is recognizing your need for a Savior.”

Scheffler was born in Ridgewood, New Jersey, but moved with his family to Dallas, Texas when he was six. Throughout grade school Scheffler, filled with a fascination for professional golf, would wear golf attire to school, even though his peers made fun of him. 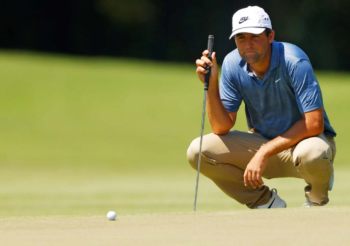 He attended Highland Park High School, where he played both golf and basketball, and then the University of Texas, where it was strictly golf. He helped the team win multiple championships.

It was in college that Scheffler “truly felt alone and didn’t know what to do.” He then started attending church and began to give his heart to God, piece by piece. “Gradually with time he just started taking over my heart,” he recalls.

“When I was growing up I always thought God was this far away thing that just was there and was kinda like the over watcher, like he kinda just watched over and was controlling little things here and there. He might be real, he might not be real.” 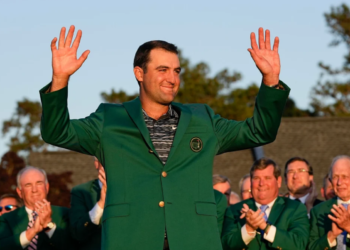 After high school, he gave his heart completely to Jesus Christ. “And in college that’s when I really felt a change when he takes hold of you and there’s so much peace and there’s so much comfort,” Scheffler says. “He’s real, and He’s there, He loves us, He cares about us, and He has our best interest. He’s always reaching out for us

Scheffler earned his place on the PGA Tour in 2020. Prior to the PGA Tour, he had multiple big-name victories as an amateur.

After a little more than two years on the PGA, Scottie won his first PGA tournament, the WM Phoenix Open, in a playoff against the third best ranked golfer in the world at the time, Patrick Cantlay, on Feb. 13, 2022.

With three wins in six weeks, he quickly earned his title of #1 in the world.

But Scheffler wasn’t planning on taking his foot off the gas. Two weeks later, the Masters Tournament, one of four majors on the PGA Tour, was taking place.

Scheffler competed with an inner peace supplied by God. After his win at the Masters Tournament, a reporter asked, “Did your faith play a significant part in this victory?”

He responded, giving glory to the Lord, and acknowledging his wife’s contribution, “What Meredith told me this morning is that we’re not in control of our lives, and so I spoke a little bit about what playing golf for me is like and why I do it. My faith affects all aspects of my life, not just my life on the golf course. The Lord has given me a skill and I’m trying to use it for his glory.”