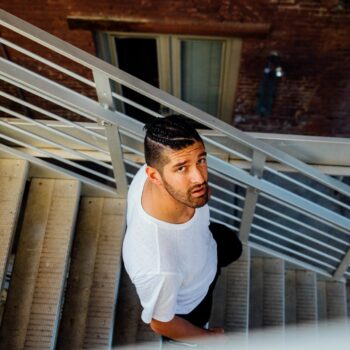 Because his mother died when he was about to turn 12, the Christian rapper known as Mogli the Iceburg rejected the prosperity gospel, this idea that God only wants to bless you and have you live in blissful happiness at all times.

“I’m well aware of the extent of suffering that exists in the world,” Mogli says. “I’ve always been resistant to ideas like the prosperity gospel, when somebody promises that things are all going to be good. Look around the world. Does God not also love people in Afghanistan? Or Haiti?”

Mogli is among the most philosophical, if not depressive, of Christian Hip Hop’s rhymers. Together with nobigdyl, he is founding member of indie tribe collective, along with Jarry Manna, Jon Keith and D.J. Mykael V., putting out some of CHH’s most cutting-edge music. 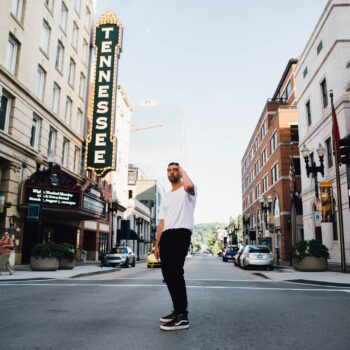 Born Jacob Hornburgh, the Long Beach kid moved with his music-performing parents to rural Tennessee, where he stood out for being Mexican American. He says at his high school, he was one of five Latino kids.

That’s where he got his rap name. Because he was tall, lanky with a scruff of dark hair, kids thought he looked like Mogli from the Jungle Book. To his nickname, he added “iceburg” which rhymes with his last name.

His parents made their living with Christian music, and they encouraged Mogli to develop his tastes and talents. When he was turning 12, his mom died of an unexpected heart attack. It was heartbreaking and sobering to be aware of human mortality at such a young age.

“I never really went super into like I’m mad at God because i just knew that was irrational, but it it does kind of temper other expectations,” Mogli says. “There’s no promise that this life is going to be comfortable or easy.”

He met nobigdyl at Middle Tennessee University, which has a highly regarded music program. At first, Mogli was “straddling the fence,” not producing outright Christian music, nor taking the deep dive into drugs and parties or worldly music.

After realizing he probably wasn’t going to make it big in secular music, he sided wholly with his heart and decided to make only Christian music. He thought it would never provide enough to make a living; it would be his hobby.

But God had other things in store for him: nobigdyl slashed his way to the top, pulling the tribe with him. Mogli is now one of the most respected figures in the industry.

After exploring Hinduism and Islam, after examining every Christian doctrine in the light of Scripture, Mogli affirmed his faith in Jesus during college. He is one of the most meditative and original producers.

“If I wasn’t a Christian, I would be very nihilistic about things,” he tells Jam the Hype. “If I didn’t believe in God, I would be the type of person that would be like ‘I really have a hard time seeing why somebody should just have rights as a human or why somebody has self-evident worth.’”

His seriousness plays out in his music.

“I’ve always dealt with depression throughout parts of my life, but that’s also where my biggest inspiration comes from.”

Pastor Michael Ashcraft is also a financial professional in California.