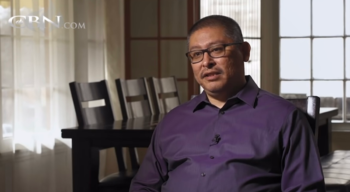 Only 8 years old, Casey Diaz tried to kill his father by pushing his face into a portable gas heater and turning the gas on. He didn’t stop even when his mom rushed in, horrified.

It was Casey’s way of ending the brutal, bloody beatings his drunken father inflicted upon his mother. Though the fratricide was unsuccessful, the anger smoldered and turned Casey into a fearsome gangbanger in South Los Angeles. He stabbed his first victim at age 11. There were many more after.

“It was so easy for me,” he says on a 700 Club video on YouTube. “I put the face of my father on every single one of my victims.” 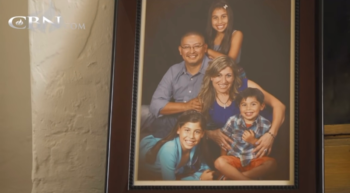 By age 16, he was locked up for 12 years for one count of second degree murder and 52 counts of armed robbery.

With his proclivity towards violence and aggression — and because of his reputation on the street — Casey ruled the gang in the jail.

He nearly strangled to death a rival and landed in solitary confinement with an “upgrade” to Folsom State Penitentiary from juvenile hall.

That’s where Francis met him. When the chaplain invited him to a monthly Bible study, he responded harshly.

“You’re crazy,” he snarled. “I’m not going to your Bible study. I’m not interested. Do you know who you’re talking to?”

Undaunted and undeterred, Francis responded that she was placing him on her prayer list. She called it her prayer “hit” list, using the underworld’s slang for people who are ordered to be murdered. God would “hit” him with his Holy Spirit. 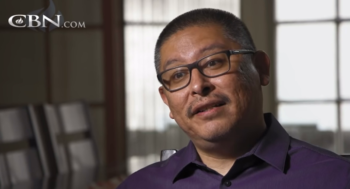 The glib manner in which she referred to her prayer life, and her persistence — visiting him month after month — had an impact on Casey.

After several months, the Holy Spirit came to his cell in the form of a video vision. Casey didn’t know it was the Holy Spirit, but watched a God-sent video of his life miraculously appear on the wall of his cell, showing every violent and criminal thing he had done throughout his life.

“Then a different scene appeared; I could see a man carrying this cross, and I saw the nails on his hands and his feet,” he recalls.

The man was, of course, Jesus Christ, and called him not by his street or jail name, Casey, but by his birth name: “Darwin,” which few people knew.

As he watched Jesus die for his sins, he heard God say, “I did this for you.” 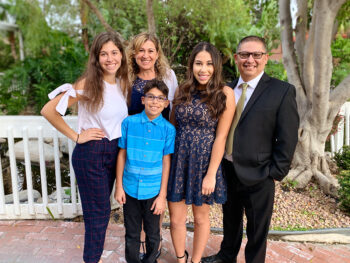 “I could hear in my cell audibly his breath leaving him,” Casey remembers. “I hit the center of that floor and wept, weeping uncontrollably, sobbing and telling God, ‘I’m so sorry for stabbing this person and stabbing that person. I didn’t know what I was doing.’”

The next time he saw Francis, he told him about the remarkable vision, and asked to receive Jesus into his heart.

In the past, all he had ever known was hatred and anger, but now Casey experienced a new emotion. It was freedom, a freedom from sin and from hate and from anger.

“This was a freedom that I had never felt before,” he says.

He began attending Bible studies that he previously vowed never to attend.

Everything became beautiful, but there was one exception.

His old gang was not happy to lose its highest-ranking member. You can’t just quit the gang. Once you’re in, you’re in for life.

The other leaders placed a hit on Casey. It was not a “prayer hit,” as the chaplain had done. It was a murder hit. Someone would be sent to kill him, now that he was out of solitary confinement.

When the inmate showed up at Casey’s cell with a knife, Casey wondered what would happen. Would he have to defend himself? Would he relapse into the old life and kill the man who was trying to kill him?

As God would have it, none of the above.

That was Casey’s first convert to Christ. After the hitman got saved, 200 other inmates received Jesus thanks to Casey’s testimony and evangelism and leadership. His hit was removed, and he served the remaining five years of his sentence and was released at age 25.

Eventually, he met up with his dad and forgave him too.

“Coming to Christ was, is, and will always be the best decision that any man could ever make,” Casey says. “He is so relentless in his pursuit of us. You might not notice it right away, but God is after the sinner. His favor and his mercy in His grace just floors you.”