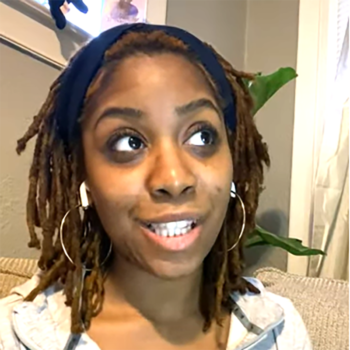 Searching for identity, Paige Eman fell for the ploys of the African-American history class which taught her the Jesus narrative was counterfeit, stolen from ancient Egyptian myths of Seth and Osiris. Christianity, she was taught, was the white man’s religion designed only to subjugate slaves.

“I started as a Christian and then I transitioned into African spirituality and to New Age,” Paige says on her YouTube channel. “I’m back to Christianity and Jesus. I wasn’t willing to call myself a witch, but I was open to it. That’s the scary part”

The enticing part of the African American history class was twofold: cast doubt on the story of Jesus and drum up anger over historical and systemic racism (to our shame, there were Christians who justified slavery by saying Africans were children of Ham, accursed by Noah). 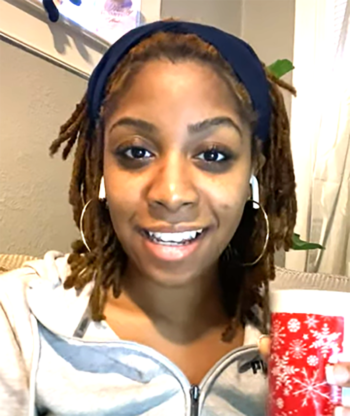 Despite her own personal apostasy from God, Paige does not regret studying at an HBCU, a Historically Black College or University. She made lifelong, supportive friendships, and the education was excellent.

Her only complaint? The assumption that the Jesus story is a fraud based only on the grounds of a somewhat similar story in mythology.

In fact, many cultures have resurrection and virgin conceptions stories. But none have a real, historical person associated with them. Undeniable historical people attest to Jesus, to his virgin birth and to his resurrection. So, if you’re going to dismiss these parts of Jesus’s life, you must account for the hundreds of witnesses who were willing to die for their story.

Paige Eman’s problems began when she was raised in a primarily white suburb. Her black friends said she “talked white,” and her white friends didn’t “really accept” her, so she felt “conflicted.”

When she graduated from high school, she made the decision to go to Hampton University in Virginia to figure out her identity.

“I met some amazing amazing people who were really like raised the same way that I was,” she says.

But the African American History class exposed her to some radical ideas that undercut the legitimacy of the Bible and Christianity. The Egyptian goddess Isis had a son by divine conception, she was told. The fact that this originated more than 2000 years before Jesus suggests to some scholars, especially the anti-Christian ones, that the disciples simply plagiarized the story.

It was convincing, and the teacher provided proof after proof. Paige stopped believing in Jesus.

“We’re not supposed to worship Jesus as a black people right, so I totally rejected Jesus altogether,” she admits. “But I still believed in God.”

Having dismissed Christ, Paige embarked on a quest for the correct worship. She found out about ancestral worship and witchcraft, neither of which she fully embraced or practiced because her background in Christianity left her wary about it.

What she did get involved with was the law of attraction, burning sage and palo santo, and following black women’s spirituality groups on Facebook. 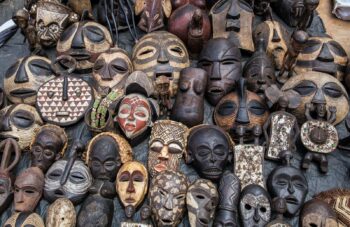 Little did she realize that dabbling with the things of the occult was opening her to demonic influence. The devil would wake her up when she was “dead asleep” by shouting her name in her ear. It was scary.

Thankfully, Paige’s cousin sent her sermons from Pastor Michael Todd of Transformation Church in Tulsa, Oklahoma. The dynamic African American preacher introduced her to a more Biblical understanding of God’s nature, less about fear and more about a loving Father, she says.

“I’ve never had God presented to me in that way,” Paige says. “Growing up, God was always mean and stern. And for everything you did, you go to Hell.”

After publicly disowning Jesus, Paige made the video to set the record straight.

“Jesus, I’m so sorry,” she says. “He just wrapped his arms around me and just said ‘it’s okay’ like nothing ever happened. I’m so grateful.”