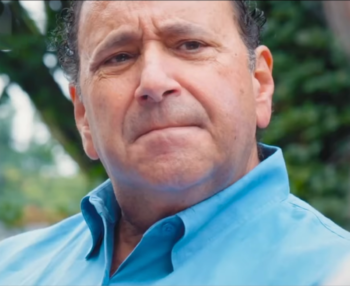 Stan Lander stared blankly at his wife when she asked a question. It was the second time some sort of brain fog prevented him from articulating, even thinking.

The doctor’s scan revealed an inoperable, probably cancerous mass in the middle of his brain.

“It was a death sentence,” the Edmonds, Washington, man remembered on a CBN video.

The second scan only confirmed their worst fears.

“Is this my life?” Stan asked in disbelief.

But Stan and Aleta were Christian believers. So, in time of trial, they gathered their courage and prayed. Their church joined them in prayer.

The doctor’s prognosis was grim: the rare CNS Lymphoma spelled three to six months to live.

“Even in the midst of that dire prognosis, we knew that God was still for us and had a plan for our life,” Stan says.

Their neurosurgeon, Dr. Lau, told them, “I say from a neurosurgical point of view, we cannot do anything much.”

An MRI was scheduled.

Meanwhile, Stan and Aleta were watching the 700 Club one week before the second MRI and the woman praying, Terry Meeuwsen, made a startling statement:

“You’ve been diagnosed with a brain tumor, and there is no question whether you have it or not, it’s there and you question whether God can heal such a thing,” Meeuwsen said. “Today God is setting you free, he’s totally healing that tumor; it’ll just disappear.”

Stan and his wife were startled. It seemed the woman on TV was describing him.

“That’s for me!” Stan exclaimed.

When Dr. Lau saw the MRI results, he was taken aback. Where there had been a white image of the tumor, now there was only black, indicating there was a hole. 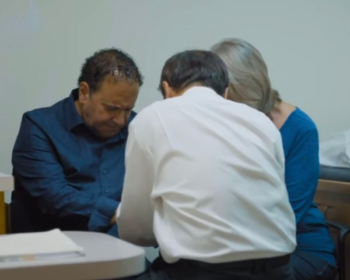 A miracle had occurred, and the Landers were overcome with astonishment and joy.

“When you see the picture, your jaw drops,” Dr. Lau says. “You saw the white stuff all gone. It’s become a cavity.”

But wasn’t a hole in his brain a bad thing? They asked.

No, Dr. Lau responded, it’s not. It’s just scar tissue. The brain can still function unimpaired even with a cavity in the middle.

“I wanted to shout it from the rooftops to everybody in sight,” Stan declares. “God healed.”

“We were just laughing and crying,” Aleta says. “It was just a fabulous moment.”

Since that day in November of 2014, Stan has showed no more signs or symptoms of brain cancer.

“It just leaves me in awe of God’s goodness, his love for us,” says Stan. “I have learned not to hesitate to pray for people because God just might heal them and there is a good possibility of it.”