The west Texas, countrified twang in Dr. J. Vernon McGee’s voice has either delighted or revolted listeners to his study of the entire Bible, chapter-by-chapter, ever since it was first launched in 1967.

Although he passed away more than 30 years ago, the impact of his teaching continues around the world, with churches sprouting up in remote villages as a result of his program.

Thru the Bible’s (TTB’s) $35 million a year organization operates with only eight staff, and is currently without a headquarters building, meeting – when necessary — in a converted wood shop behind the current president’s house.

“Everything about Thru the Bible shouldn’t work,” Gregg Harris, president of TTB, told God Reports. “Thru the Bible is the bumblebee of the ministry world because engineers say the bumblebee shouldn’t fly, because their wings are too small, and their body is too big. We have a founder that died over 30 years ago, and the material is over 40 years old. His voice is not even a good radio voice.”

The ministry no formal fundraising campaigns.

Yet the fruit that has resulted from Dr. McGee’s teaching has been enormous. At the time of his passing in 1988, his teaching had been translated into 25 languages. Now his teaching is broadcast in over 200 languages.

Overseas, listening groups often form in people’s homes as a result of the teaching, meeting once a week. “They’re basically church plants,” Harris explains. “And we have over 20,000 of those in South Asia in places like India, Pakistan, Nepal, and Bangladesh.”

At first, Dr. McGee resisted the suggestion that his teachings be translated into other languages. Dr. Paul Freed, the president of Trans World Radio, began to badger him about a Spanish translation. “Dr. McGee wasn’t very interested at the time, but Dr. Freed was a very persistent and passionate guy. He won Dr. McGee over,” Harris recounts. 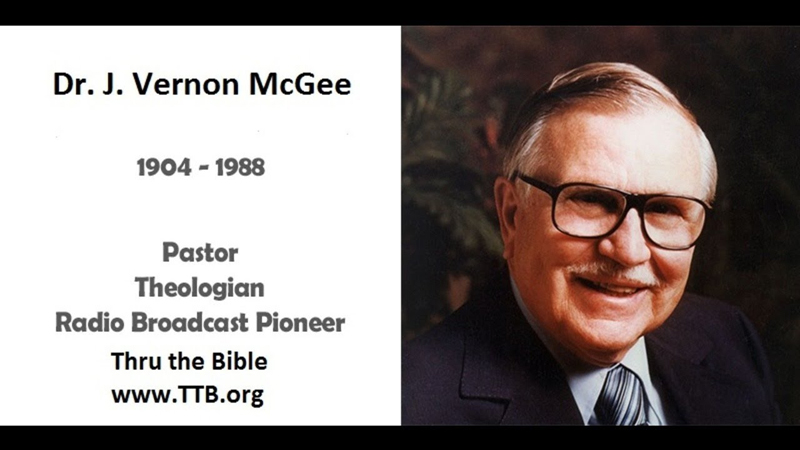 The Spanish version launched in 1973 and the response was overwhelming. “Even to this day, Spanish is one of the most fruitful ministries. That was Latin American Spanish and now we have European Spanish.” 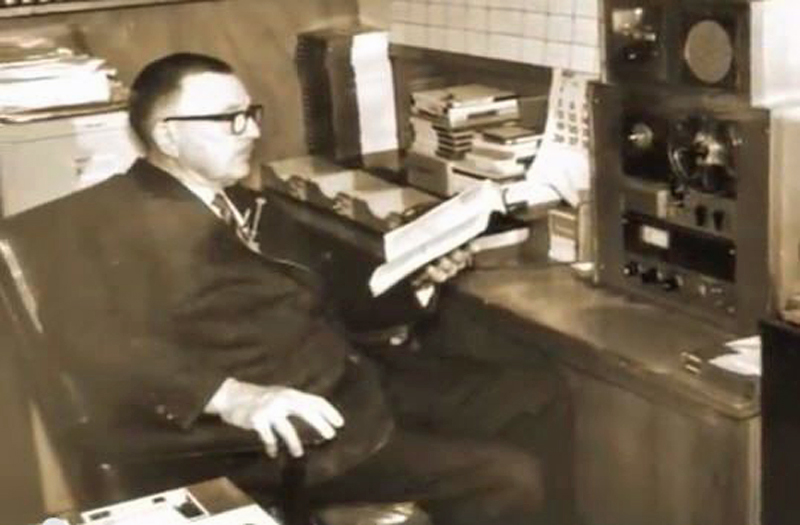 “Thru the Bible went from being a domestic broadcasting agency, to predominantly a missionary agency – and that is very rare,” Harris says.

Radio is able to reach into many primitive areas that lack a Christian presence. “Think of a place like India, where there are hundreds of thousands of villages, where there’s no Christian witness, there’s no church. And what happens is, people invite their friends and neighbors to join this group and say, come, we’re going to listen to a 30-minute program once a week, we’re going to systematically study this book of the Bible.” 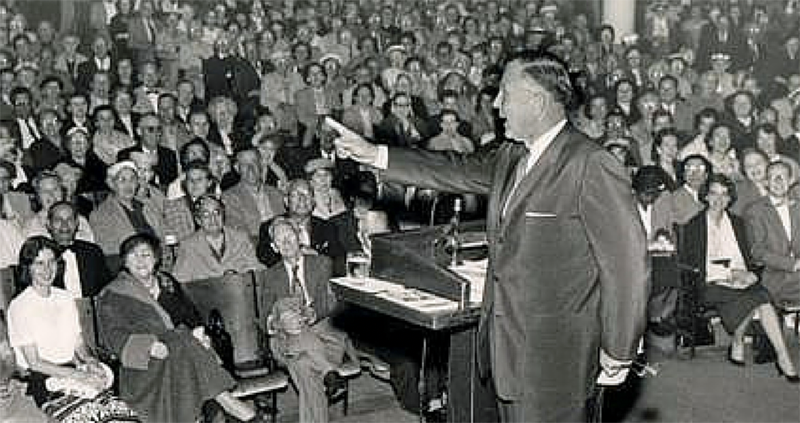 Many of the groups start with the book of Luke, although it varies by country. “People are coming to Christ, and these become evangelistic centers, and then the people want to fellowship, they want to pray, and they want to worship.

“They say, “There is no church to join. So, we will become the local church here in our village.’ I don’t think anybody in the early days with Thru the Bible ever envisioned that we would be a church planting organization.”

The ministry does NOT look for speakers in other countries with a west Texas accent. “It’s important to clarify it isn’t Dr. McGee. It’s his theology and his systematic teaching. And so, when we go to another part of the world, and we meet someone that we want to take his teaching into their mother tongue or into their language, we have a fairly exhaustive three- or four-day training, where we teach them what they need to know.”

“They can’t change the theology; they have to teach the doctrine. And they have to keep the basic framework of Dr. McGee’s progress through the Bible. If he’s teaching today on Matthew, chapter one, verses one through 30, then we’re going to ask them to stay as close to that framework as possible. Otherwise, they’ll struggle to complete the whole Bible in five years. So there’s certain things they can’t change that much. But when it comes to stories and illustrations, and helping people understand culturally, what the teaching means, we give them freedom. And that’s why we have to have high trust relationships.”

Harris heard a funny story from the man that formerly led the Latin American Spanish Ministry. He said he met an individual from Cuba who spoke English with a Texas twang. And he asked, “Well, how did you learn English?” He said, “I listened to J. Vernon McGee in English from the island of Bonaire.”

Dr. McGee never wanted his name to appear in the foreign broadcasts. “It is amazing; it shows how humble he was. He was more interested in people getting the Word of God than in becoming well known. And so, most of the millions who listen to Thru the Bible around the world may not even know who J. Vernon McGee is, but they’re being blessed by the work that he did.”

The ministry will not take money from overseas listeners to support their operations in the U.S. but invests more than 50 cents of every dollar in their global ministry. “We ask that the funds be used to perpetuate and propagate that particular language, to use those funds to offset the costs and to further the ministry. So when people are actually in a church that resulted from a home group of Thru the Bible, they would support their local congregation.”

TTB is investing heavily in new digital technologies, because 83% of people in the world have a smartphone. “That is unprecedented in the history of humanity, that almost everyone on earth has a device that they can receive content,” Harris observes.

“We want anybody on earth, who wants to access the Bible in their language to be able to get it in their preferred medium. We’re building dozens and dozens of language apps that have the Bible and Dr. McGee’s systematic teaching.

“That’s our dream, to take the whole Word to the whole world. And we’re just crazy enough to believe that we might be part of helping see that happen.”

To learn more about Thru the Bible, go here