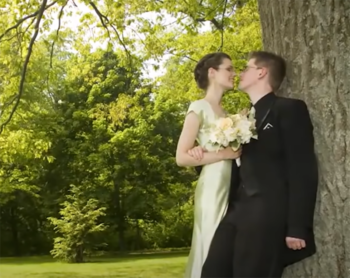 She was Bahai, he was a militant agnostic, they fell in love, what could possibly go wrong?

After declining the offer to receive Jesus at a friend’s church, Emily and Aaron Armstrong found out what could go wrong: a dark presence began to torment them.

“We would wake up in the evening and really feel like somebody else was in the house when there really wasn’t,” Emily says on a 100 Huntley Street video. “He’d wake up with scratches on his back that I didn’t put there. He’d be fighting in his sleep all the time. He’d be swinging his arms as if he was trying to fend somebody off.”

The demons – the presence – left when the Canadian couple accepted Jesus into their hearts. To get to the place where they grappled with demons didn’t take a pact with Satan. Actually, very prosaic events in Emily’s life led her the wrong way.

Despite having lots of Christian friends whose company she enjoyed and with whom she went to youth group activities, Emily didn’t receive Jesus. 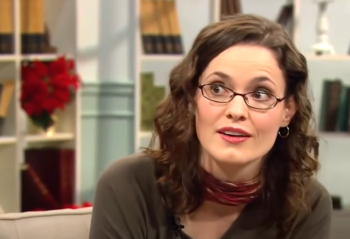 She received Bahai, the Iranian-based hodgepodge religion of idealism. It believes that one day, we’ll all have one religion, one economy, one language and universal harmony and equality.

“Because I was a perfectionist, I thought this was a beautiful and wonderful thing,” Emily says.

After graduating from college, she dated Aaron, who was sweet and charming but was an unmovable agnostic. Emily thought that inviting him to enough events would convince him about Bahai, but he always took a dim view.

Not long afterward, Aaron got invited to a 10-week seminar on the basic doctrines of Christianity, and they attended because they didn’t want to make their friend feel bad. It was interesting, but Emily and Aaron politely declined the invitation to receive Jesus.

That’s when the presence showed up.

“Strange things started to happen,” she says. “We would wake up in the evening and really feel like somebody else was in the house when there really wasn’t. I wasn’t seeing things that weren’t there.”

The scratches on Aaron’s back in the morning were really bizarre. Why was Aaron flailing his arms, as if fighting someone off during his sleep?

The issue came to a head one night when Emily woke up to see Aaron half in and half off the bed. It was not a natural sleeping position. It was as if someone was pulling him off the bed.

Then he turned towards her.

“It was not his face. It was really, really scary,” she relates. “It did not look like his face at all. It freaked me out. I started crying. 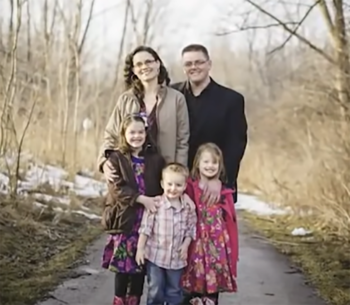 “I had this choice at that moment: I could either end up at a psychiatric institution because I’m seeing things,” she says. “Then there was Jesus. Where else am I going to go at that point?”

She asked Jesus to save her.

The couple began attending Alpha Church with their friend. It was reassuring that the pastor believed their story about the demonic presence. He also taught them that they needed to stop sleeping together until they got married.

Today, Aaron and Emily have three kids. Not everything has been perfect. Emily lost one baby to miscarriage. She also developed epilepsy late in life.