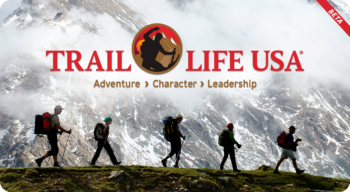 In 2013, when it became apparent the Boy Scouts were headed into uncharted waters to accommodate a gender-confused society, leaders from 44 states came together in Nashville to form a Christ-centered alternative to the scouting movement.

As the father of two Eagle Scout sons, it has been painful to watch the demise of a great American institution, one of the few in our country devoted to guiding boys into manhood. After making space for girls and gays within its ranks, Boy Scouts filed for bankruptcy and is currently restructuring their finances. The biggest blow fueling the bankruptcy was the disclosure that over 92,000 former Scouts reported sexual abuse by members of the organization, which opened it up to massive liability.

In response to this trevail, Trail Life USA was born. “Trail Life is a boy focused, Christ-centered, character leadership adventure organization,” Mark Hancock, CEO of Trail Life, told God Reports. “It looks a lot like Boy Scouts in terms of handbooks and uniforms and outdoor adventure and a focus on a male-centric model that changed for Boy Scouts.”

Each troop is church-owned. “We really consider ourselves an outreach of the local church. It’s not like the troop is just meeting in the basement. It is part of that church,” Hancock noted.

“We’re trans-denominational, with probably 30 or 40 different denominations involved. We do have a Trinitarian Statement of Faith and a statement of values that talks about things like the definition of marriage.”

After only eight years, Trail Life has troops in all 50 states, with 40,000 participants operating from 900 churches. “We are Christ-centered and boy focused, both areas the Boy Scouts are not. If those areas are important to a parent, then they really don’t have a choice. If they’re not that important, you’ve got two organizations to choose from.” 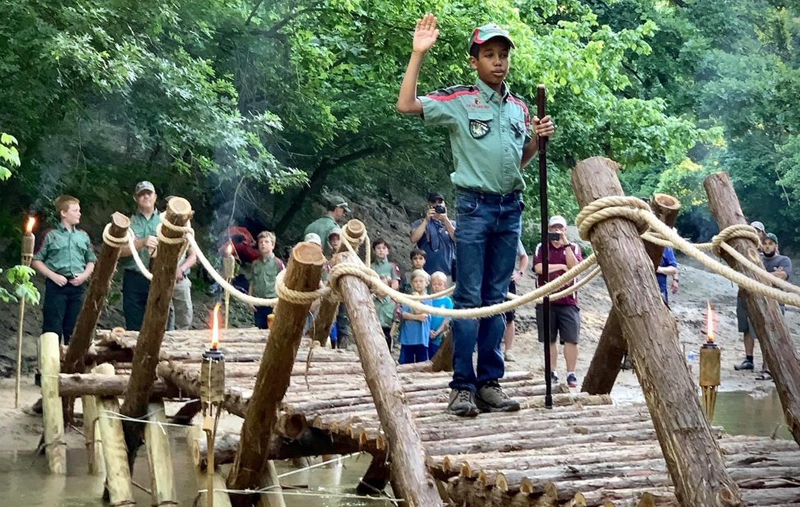 The Mormons pulled out of Boy Scouts en masse but have not been part of Trail Life. “They wouldn’t be able to agree with our statement of faith,” Hancock says. “It’s a typical Nicene Creed — the Bible is the infallible word of God and Jesus Christ is the only way to get to God.”

Women serve in the organization up to the national Board of Directors. At the troop level, above the fifth grade the troop contact positions must be men. “We do insist on male leadership after a certain age, and we have a very strong patrol method, which means we’re encouraging boys to take the leadership in the troops. So, past a certain age, the adults are stepping back and the boys are running a troop. Men are there in the room, but the boys are making the decisions.”

Trail Life has been able to learn from mistakes made by Boy Scouts. “You can’t just go to our website and join as an adult. You have to come through the door of the local church. We background check, not just when you join, but regularly, we background check all of our adult leaders.”

“We also provide child safety youth protection training, not just once, but every two years. We have what we call 1-2-3 youth protection.” First, an adult can’t be alone with a boy unless it is his own son. Secondly, two adult background-checked leaders must be within eye shot or earshot of the group. Third, the boys must be within a buddy system of at least two other boys, within their age-range.

“A lot of things the Boy Scouts run into is actually abuse among the boys, boy-on-boy sexual contact and it’s usually an older boy and a younger boy so there’s a power imbalance. So, we keep them within their patrol levels.”

Hancock laments the decline of the Boy Scouts. “It’s really tragic, an organization over 100 years old, that gave us presidents, senators, civic leaders and generals has abandoned their focus on boys. And it left them to a culture that doesn’t really value boyhood, as if boyhood is some sort of social disease that needs to be eradicated. 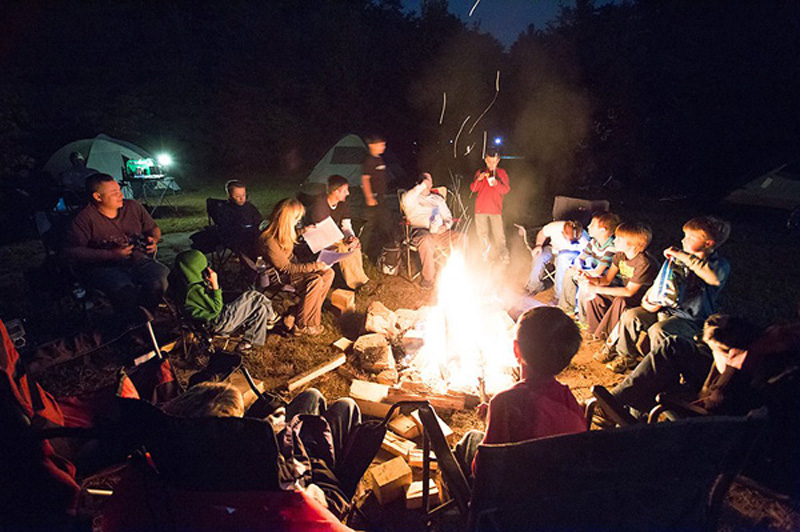 Because boys and girls have innate biological differences, they need different programs, Hancock maintains. “Boys need a program that’s designed for their rough and tumble ways. And girls need programs that are designed for them. It’s not that one is better than the other, they’re just different.

“There are now more young men living at home than since we started counting in the 1960 census, because we’re keeping boys isolated from failure. So, the first time they get out of the house and go get a job and all of a sudden somebody says, ‘Well, you’re not quite doing your job.’ They run home because they don’t know what else to do. We have this great failure to launch and we have now more women than men attending college and more women than men receiving diplomas at every level.”

Without positive programs for adolescents like Trail Life, gangs are able to step into the void. “Gangs have gang colors, jackets, they have their signs, they have their language, they have a clear hierarchal structure, and they give boys a mission. So they’re growing exponentially because they line those things up.”

“In Trail Life they have a patrol name, their patrol flag, they identify with a group, they know who’s in charge, because they elect the leader of their patrol. And they have a mission, whether it’s to hike five miles today or find the next water source or, or complete an orientation course or, or build a bridge. And that is inspiring for boys.”

Trail Life’s founding documents refer to biological male children, which seemed like an unusual way to define their missional focus in 2013, but Hancock is glad they were so explicit. “Somehow through the providence of God we stumbled upon that wording in our membership standards. There’s a number of things like that that are hidden in the program, that only God could do. We think we’re securing our stance for generations.”