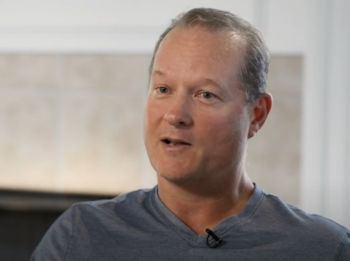 When her frustration hit the tipping point, Angie Cabler threw the checkbook across the room at husband Jason.

From thoughtlessly spending to cutting up 17 credit cards, Angie chartered a course with Jason towards financial freedom, which brought them fewer worries about money, and greater peace and harmony in their marriage.

As a dentist concerned with running his practice, Jason abdicated household financial management to Angie. Debt stressed him out, so Angie balanced the checkbook. 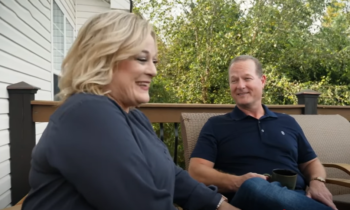 For the first seven years of their marriage, the Christian couple never established a plan or goals for their finances.

As a result, their spending habits became unsustainable.

As it always does, financial chaos spawned marital strife.

“When we fought, we fought about money,” she adds. “I think if we would have had open communication in the beginning, our first seven years of marriage would not have been so hard.”

But with the breaking point came a breakthrough. Angie threw the checkbook at Jason and renounced any further bookkeeping. Jason took over the expenditure tallying. 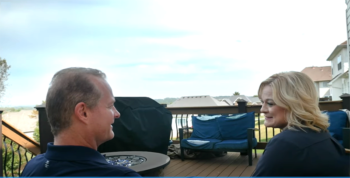 Most importantly, the Cablers enrolled in a financial education class at church where they learned the principles of everything from stewardship to generosity. They committed to tithing, eliminating frivolous spending, and setting aside a percentage of their income for a rainy day.

At the last class, Angie spontaneously offered to cut up their credit cards – all 17 of them.

“A lot of them were department stores, jewelry stores, or American Express, Visa, those kinds” of credit cards, Angie details.

In cutting the cards up, she halted the dopamine rush that fueled her buying sprees.

“Once we got on the same page with money and finances, I think that’s where our marriage did a 180 and we started flourishing,” Angie now acknowledges.

The Cablers also got marriage counseling.

Today the only debt the couple has is their mortgage, denominated “good” debt because in contrast with other debts, the asset being paid off grows in value.

And they’re faithful tithers. Jason writes a blog on getting dominion of household expenditures.

“A blessed 90% is always greater than an unblessed 100%,” Jason says. “That’s not the kind of math we learned in school. When you exercise the faith, God will bless that 10% and multiply it.”