An innocent question about Jesus from a primary school classmate set a 10-year-old Jewish boy from London on the road to discovering his Messiah.

Gerry Cohen, now 63, looks back on the monumental effect this has had on his life, and why he is still passionate about the need for fellow Jews to find Jesus for themselves.

In an interview with Jane Moxon for the CMJ (Church’s Ministry among Jewish people) website, Gerry recalled that time, 53 years ago, when his friend Nigel asked him: “What’s Jesus when you’re Jewish?”

He pondered much over the question and it was while studying for his bar-mitzvah (coming to the age of responsibility) a couple of years later, in 1971, that he recognized Jesus was the long-promised Jewish Messiah.

It all happened in the Jesus Tent of a local fair. On a chalkboard outside this tent, Gerry noticed the use of the Hebrew word Shalom (meaning complete peace and well-being) and went in to complain!

He got talking with a man called Paul Stone, which was itself strange as that was the full name of his brother – their family’s surname had been changed to Stone in response to the anti-Semitism that his father came across in the East End, directly after World War II.

“Paul explained that it was the language of the Jews, from whom our Messiah came, and told me all about Jesus,” Gerry recalled. “I was just 12½ years old. When Paul spoke of the need for confession and forgiveness of sins, I knew I had not honored my parents, that I had stolen, lied – I had not put God first in my life – all of which breaks the commandments.”

The following evening Gerry returned to the tent, this time in tears, realizing how far short of God’s mitzvot – his commandments – he had fallen. Someone offered to pray with him.
“I realized that, when he prayed, he was talking to somebody he knew personally. I just wept and sought forgiveness, and asked Yeshua (Hebrew for Jesus) to take up his rightful place in my life.

“Now my bar-mitzvah made sense. I suddenly understood what it all meant about the son (of Abraham) going up the hill to be sacrificed (Genesis 22), and how it was a picture of what Messiah would do for us on the hill of Calvary outside Jerusalem.

“But I knew I hadn’t stopped being Jewish. I had found our Messiah! And I knew my Jewish Messiah is who he says he is. He is the genuine article.”

But there was a high price to be paid. After returning from a spell in the Army, he was forced to choose between Jesus and his family. He left home trusting God to be merciful. Thankfully, over time, there has been reconciliation on this front and he became a much-loved teacher of religious studies in secondary schools, changing his name back to Cohen in the meantime.

A gifted musician, he is also known as the ‘Kosher Crooner’. He is the co-leader of Beit Sar Shalom, a London Messianic congregation of Jewish and Gentile believers, having also been involved for many years with the British Messianic Jewish Alliance – he’s their vice-president. 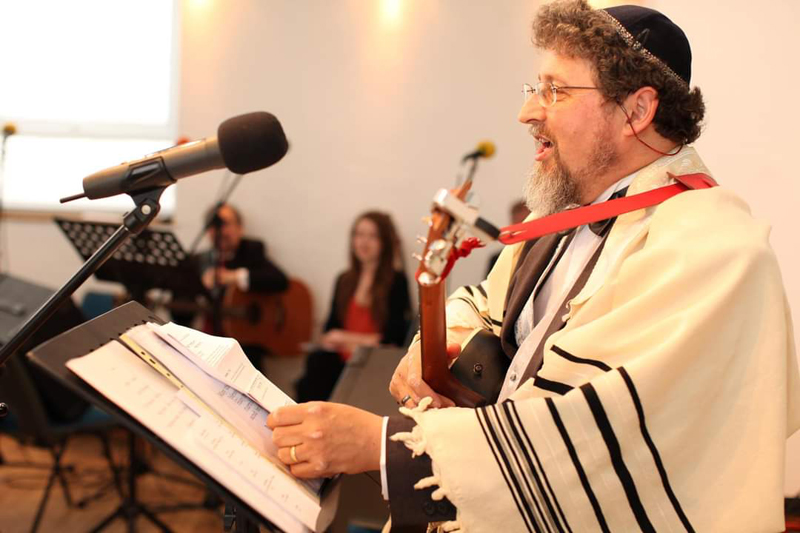 Gerry loves to speak at churches across the UK and abroad, often leading retreats and sharing his own worship songs and study materials, encouraging Jewish and Gentile believers to learn from one another’s backgrounds, building God’s family together.
He says: “I’m so grateful to God for opening up my eyes when I was blind.”

Gerry may be contacted at [email protected]