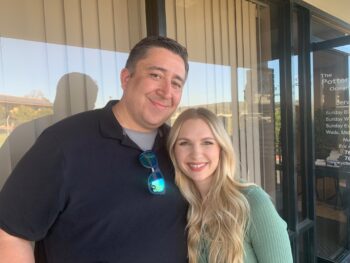 For 13 months, Isaiah Trujillo was vomiting every day, as he battled stage 4 cancer with chemotherapy. Sometimes all his wife could do was rub his back – and stay by his side.

“It was worth it. It’s what God had for us. I knew that God had more for us,” Amanda Trujillo says.

This is a different Valentine’s Day story. At a time when marriage is grounds for divorce, some Christian couples – like the Trujillos – still hold marriage as sacred. Their vows “to death do us part,” they take seriously. 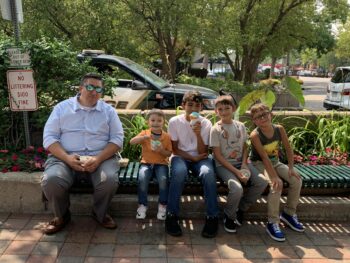 Meanwhile worldly marriages are built on the proverbial sand that the flood waters buffet and break down.

“We definitely questioned why we were going through that,” says Amanda. The two-year ordeal is finally over. Isaiah just was declared cancer-free and the port in his chest is being removed. “You have this idea that if you serve God and do what’s right and do the will of God that you live in a bubble and nothing will touch you and you’re safe. That’s just not true.”

Theirs was the church kids who did everything right fairy tale love story. Their first kiss was on their wedding day. 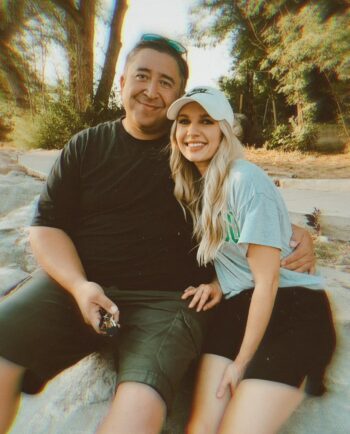 Then one night, Isaiah, who is pastor in Fort Collins, Colorado, got acute stomach pain. Even though he thought it was due to bad tacos, he went to the emergency room.

After checking him over, the doctor off-handedly ordered a CAT scan, thinking it was probably not necessary, but might turn up something.

Isaiah, who naturally is doctor-averse, ordinarily would have declined. But for some strange reason, he got the scan. It turned out there was a small spot in his intestines that the doctor thought might be diverticulosis, not a serious condition. 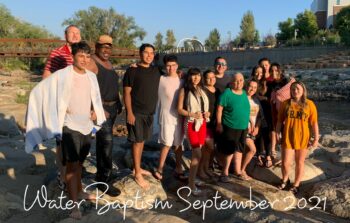 After further studies, however, 36-year-old Isaiah was diagnosed with advanced cancer. He could die, leaving his young bride with four kids to fend for themselves. It was a trial of the size of Job’s.

“I had a lot of knock-out, drag-down fights with depression, with self-pity,” Isaiah acknowledges. “I used to have to fight self-pity like raves on a carcass. I had to make an effort to fight off that self-pity feeling.

“But the real question is: Is God good, and do you believe that when you have stage 4 cancer?” he adds.

Nightbird’s husband divorced her because he didn’t want to fight by his wife’s side. There’s a wish for an easy exit, to get on the lifeboat of a sinking ship even though you’re the captain. 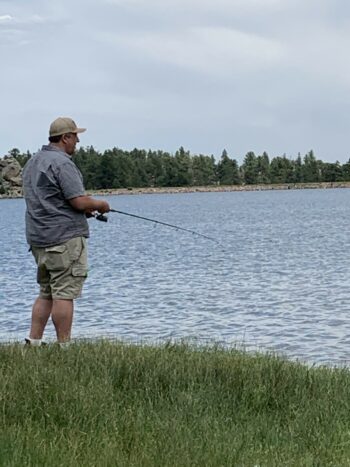 But increasingly, the believer’s willingness to continue to love – not just when they feel in love and magical feelings envelop you – are shining forth in stark contrast to the fickle love of the world.

For Amanda, there was no glamor, no butterflies as she was taking care of four kids, assuming more responsibility in the church and going from wife to care-giver for her husband.

Forget the Hallmark movie. This is what true love is.

“Love is definitely a decision,” Amanda says. “It’s not just a feeling.”

Isaiah was down for the count for seven days during chemo for 13 months. Every other Sunday, he straggled into the pulpit to deliver a sermon and keep some semblance of normalcy in his life.

“Do you believe what you see and feel in the world or what you read and believe in the Word?” Isaiah remarks. “When I said, ‘God is good,’ it was not because what I was experiencing was good or because I could see good; all that was bad. The only thing that gave me the conclusion that God was good was his Word. I contrasted his Word with my experience.”

Amanda says being a caregiver was “intense.”

“Love is the ability to stick through the ups and downs,” she says. “I remember God giving me strength. Now we look back and ask, ‘Did we really go through that?’”