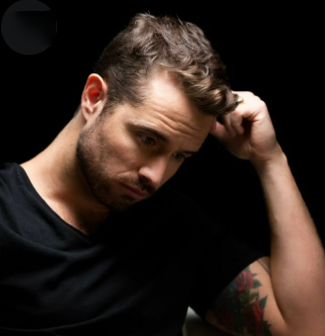 The horror of seeing his uncle slash and kill his aunt and cousin metamorphosed into survivor’s guilt that tormented Joey Kelly throughout his life.

“Looking into his eyes, it was just pure evil,” Joey said, describing his uncle on the evening of the murders. At 12-years-old, he was at a sleepover with his 9-year-old cousin when it happened. “He was just completely determined to kill that night, and he was on a killing spree at this point.”

Uncle John was blind with rage. His wife, Joey’s aunt, was divorcing him and had obtained a court order to kick John out of the house. John showed up at 3:00 a.m. hell-bent on vengeance.

For his killing rampage, John is today in Huntsville Prison, and Joey suffers from survivor’s guilt, a post-traumatic stress disorder that stems from the fact that he survived and others did not.

Joey’s beginnings were idyllic enough. He accepted Jesus at age 7 when his older sister sat him on her lap and explained the Gospel. 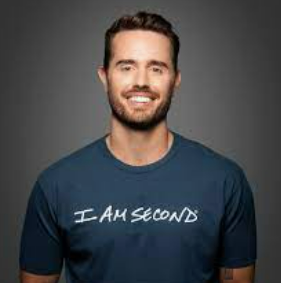 “I remembered it clicking that God loved me so much and there’s nothing I can do to earn God’s love,” Joey recalls on an I am Second video. “It’s what he did for me.”

Mikey was not only his cousin; he was Joey’s best friend, and sleepovers were common for the Texas tykes.

The fateful night when he was 12 ended the innocence and delight of childhood. It also ended his faith in God.

Uncle John broke through the window and invaded the home. First he went upstairs where he hacked his ex-wife, Phyllis, mercilessly with a butcher’s knife. Mikey woke up Joey and begged him to help. Mikey, who was 9, watched helplessly as his father murdered his mother. 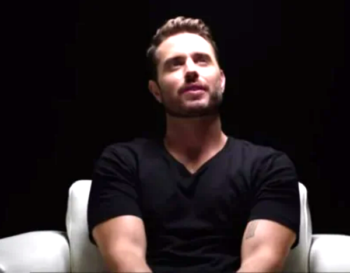 In his hellish altered state, the father turned on his own son. He tackled and stabbed him multiple times, slitting his throat – right in front of Joey.

“He slams me against the wall,” remembers Joey, who raised his arms to protect his chest. “My uncle John tries to stab me in the chest. He actually ends up stabbing me through my arm. The tip of the blade just scratches my chest.”

Joey has scars to this day from the incident.

But then a miracle occurred. Joey blinked and suddenly he was 10 feet away from his uncle.

“It’s like God got him off of me just for a quick second and pushed me out of the way or something,” he says.

He looked at his arm and saw raw muscle hanging out of the slit. He pushed it back into his arm. There was no time to think. He ran from his uncle, who chased him.

“John, please stop,” he pleaded. “You don’t have to do this. Please stop.”

The little kid was able to elude the uncle. The next thing he knew, his uncle stopped stalking him and returned upstairs. Joey ran outside to the neighbor’s house and rang the doorbell 40 times.

It was 3:00 a.m. When the neighbor eventually opened the door, she screamed.

Uncle John set the house ablaze, burning half of his own face in the process.

Uncle John survived and “looks the monster he is,” Joey says.

“I survived that night,” he says. “This feeling of survivor’s guilt is intense and has been with me for a long time now. It’s a real crappy feeling to know you’re the only one to live and others didn’t. I didn’t feel like I was a good kid or special kid. I didn’t do anything to deserve that. If anything, Mikey was a way better kid than me.

“It never made sense.”

Joey was furious at God. He would go into his backyard to curse God.

He hoped to anger God. Maybe God would strike him down for his blasphemy. Then his inner anguish would cease.

Therapy did not draw out a favorable response from Joey, who growing up decided he deserved to act up.

“If anyone had the right to go crazy, it was me,” he remembers. “I got into partying, alcohol, and smoking. I was struggling from everything from depression, to post traumatic stress, to survivor’s guilt.”

Most of the time, he wore the facade of a happy-go-lucky guy. At least he could compartmentalize the torment.

At Texas A&M University, he randomly popped into a church service.

“Amazing Grace” was playing at the moment he entered.

“I broke down weeping, weeping profusely, crying for hours on end,” he recalls. “I felt so broken. I never dealt with the grief as a kid. I felt lost, like ‘what is the point of this life?’”

Finally, he got some Christian counseling and found a network of Christian brothers.

“They really helped me see that God saved my life that night for a reason,” he says. “It wasn’t by accident. He didn’t make a mistake. He had a plan and purpose for me.

“Survivor’s guilt has held me back through years,” he adds. “It’s through Jesus where all the guilt and shame can be taken away by the grace of God. I can just move forward, and that can be a part of my past. It doesn’t define who I am.”