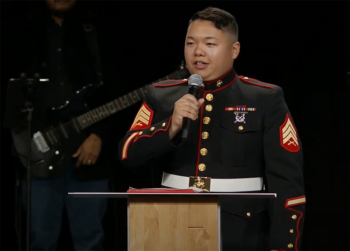 Emmitt Chang insists: “I was not born gay.”

But he grew up with mostly female friends and got bullied by the guys his age, so he grew to hate his masculinity.

“I just took out my insecurities with lust towards men,” Emmitt says on a Tucson Door Church video. “I medicated myself and pacified myself and drowned myself in homosexuality because I hated myself as a man. I didn’t feel like a man.”

But in 2015, somebody talked to him about God and gave him a little booklet to read.

“I read it because I wanted to see if God hated me,” Emmitt says. “But I found out He didn’t. It said, all sins are bad; they’re all worthy of death, including homosexuality. But that same sin was covered by grace.”

So he gave his life to Christ.

At that a time, a pastor prompted him indirectly with a question: Did God ever say you were gay? 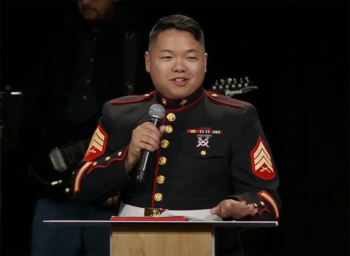 “It was a million-dollar question,” he says. “It took 21 years for God to answer me in that fashion.”

His transformation has been progressive. He now resides in Tucson where he works as a real estate agent. He now attends the Door Church in Tucson and recently addressed the congregation in a testimony:

“I never thought I could wear a uniform like this,” he says, donning a uniform at the Veteran’s Day service. “But I am a Marine, and I’m very honored by it.”

He has no qualms about sharing his past: “I’m an open book.”