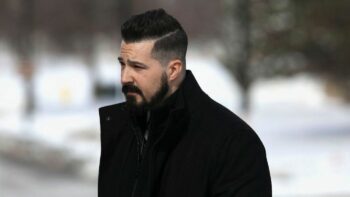 On the 17th day of solitary confinement in jail, cop John Cichy broke down and made a confession — not to the crime of which he was accused but to his need for Jesus Christ.

“I realized I needed help because there was no way I was getting out of this, there was no way I was getting through this,” he says on a Psalm Forty video. “January 31st, 2013, right after midnight, I wholeheartedly called out to God. I saw everything that I was doing wrong that was displeasing to God that was harming me, and I realized I got myself into that mess. I said, ‘God, I don’t want to live that life no more.’ I wholeheartedly repented of that life.” 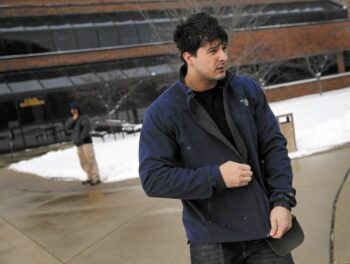 The former undercover detective who lived a high-flying life — with spinning rims, free drinks at bars and 19 girlfriends — was accused with two other Schaumburg Village, Ill, detectives of re-selling part of the drugs they confiscated from busts.

But while the two other cops accepted plea bargains for lesser sentences, Cichy took his fledgling faith seriously. He had heard God say to not break down in fear of getting a longer sentence and to go to trial.

He faced 18 counts which, if convicted, could result in a minimum of 24 years in prison, yet he refused every plea bargain they offered because God told him to.

“I was asking God what should I do,” he says. “I woke up the next morning and turned on the radio, the very first song was Mandisa, ‘Stay in the fight to the final round, you’re not going under.’”

The coincidence seemed too much.

“It was impossible, you cannot recreate that,” he remarks. “That was God speaking to me through that song, which translates to, ‘Go to trial. You’re not going to prison. I got you.’”

That’s why Cichy flouted his lawyer’s advice, his friends’ advice, his family’s advice, from his Christian brothers; everyone told him he didn’t stand a chance in the trial and that the federal case was too strong.

“It made no sense. Everything on paper, judges, lawyers, family, newspapers, Google, said I was going to prison 100%,” he remembers.

During one agonizing day, God told him to check his daily Bible verse in the app on his phone. It was Prov 29:25:

The fear of man lays a snare, but those who trust in the Lord are safe.

Again, the coincidence was overwhelming.

“I had to leave the building and stand outside and cry because God had spoken three times in the same day with the same verse,” he recounts. “The deal was a trap. My fear of prison was a trap. I was dead set on going to trial in the midst of everyone telling me no.”

As the pre-trial dickering protracted to years, Cichy turned his church attendance into a ministry with the youth and camps at the Bartlett congregation.

“In the midst of an actual trial facing 24 years in prison, I started preaching about hope in Christ. That’s absurd. No one does that,” he comments. “No human being can speak of love and joy and peace in the midst of facing 24 years in prison. God gave me a promise, and I was telling everyone it. I’m so crazy that I’m telling everyone, ‘God’s going to deliver me from this.’”

On several video recordings filmed prior to trial, Cichy declared he would be freed. He had total peace, he said.

On the day of his trial, Feb. 13, 2018, prosecutors stunned everyone when they suddenly dropped charges, citing the recent emergence of new evidence which threw doubt on their case. Cichy walked free, declaring it was “part of God’s plan.”

“God is absolutely real,” he says. “If you’re an atheist, help me understand what the heck happened? How can someone say what’s going to happen before it happens, unless he has a Source who reveals that to him? God is 100% real, 100% active, 100% personal, and you can 100% experience him every day.”

Read about the Jesus movement among cops