Arynn never thought she would end up in a mental institution, but after she became thrilled with cutting herself, that’s where she was taken.

“The minute I saw the blood it was like I was hooked,” Arynn explains to 700 Club Interactive. “It was like this dopamine hit and in a really twisted way I’d almost rewarded myself with self-harming.”

Arynn was turned off by Christians.

“I always thought of Christians as these really emphatic people who wanted you to turn away from anything that was fun,” she says. 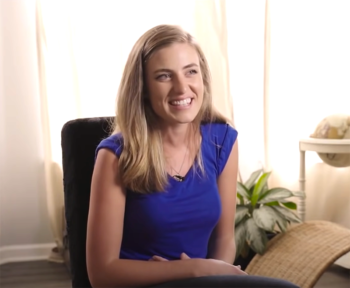 So, the minute she turned 18 and was able to go to parties, she began drinking.

“I just had fun with it and then a long pattern of, you know, thinking that I could just keep doing it and it would never catch up to me,” she says.

As a 19-year-old sophomore in a Christian college, she began taking shots of tequila at 8 a.m.

She didn’t realize she had become an alcoholic.

Almost imperceptibly, the “fun” evolved into depression. This led to self-harm.

“As the alcoholism progressed, the urge to self-harm got so much stronger,” Arynn says. “I felt too like even if God loves me he’s not gonna want to associate too much with me because look at where I’ve ended up.” 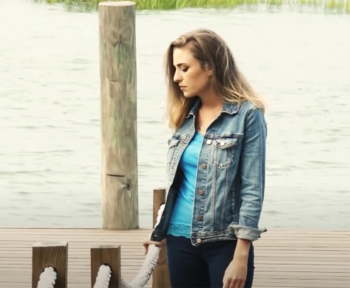 Death became her daily meditation and cutting became an obsession.

“I remember one night I decided I just have to try at least one time and so I remember taking the razor, slitting my wrist and nothing happened so I just kept going,” she says. “Finally, I’m surrounded by blood, but I’m not bleeding out.”

A friend found her, stopped her, and called the ambulance

Arynn was taken to a mental institution where she was under watch for a week.

She felt like a loser. How could a young person with so much talent and a bright future wind up in a place for mentally ill people? she wondered. 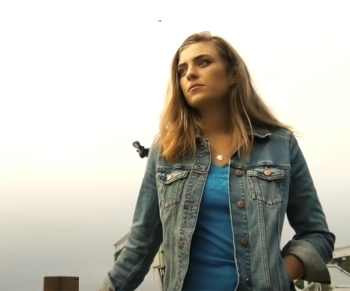 One day, a man came up to her and told her God wanted him to talk to her. God loved her, he said, and hadn’t left her. He told her to read her Bible every day, which she thought was weird because it was something she used to do as a teenager.

“I remember feeling like it meant that something good was going to come out of my life,” she remembers. “I don’t know what God’s plan for me was, but I know that it would better than” being in a mental institution.

She made the commitment of reading one chapter every day and over time she began to see her life change. She still struggled with self-harm and depression but with time she was able to recover, and her scars also disappeared.