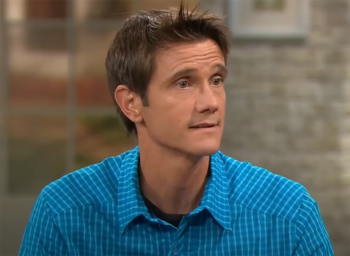 You would think 13 years of rock-climbing experience would be sufficient to avoid disaster.

Craig DeMartino was 100 feet up a cliff (the height of a 10-story office building) in the Rocky Mountain National Park when a miscommunication with his climbing partner of 13 years led to all his gear – and him – plummeting to the ground. 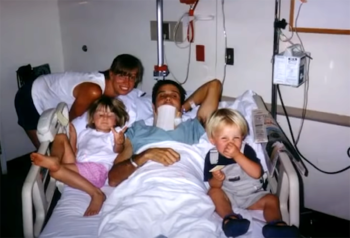 He hit a tree 20-feet from the ground and landed in a standing position, so his feet, legs and back took the brunt of the fall. “It broke my back, my neck, both feet and ankles, ribs, punctured my lung, and tore my rotator cuff,” he says on a 100 Huntley video. 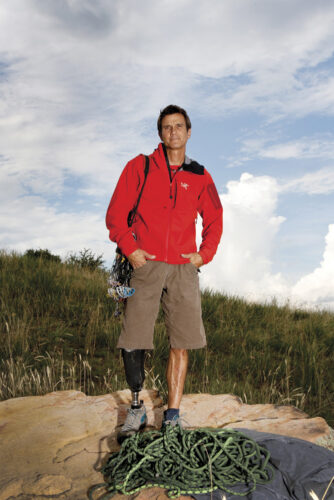 “When I was on the ground the only thing I could feel was pain and confusion,” he recounts. “God was not in my head at all. It was more of an ‘I’m so confused and I need to get out of here.”

A series of miracles saved his life: rescuers came and carried him out; a 5-hour helicopter flight transported him to doctors.

Only when he was in the ICU did Craig think about God.

“I called myself a fake Christian,” he says. “God was an accessory in a busy life filled with other priorities.”

The months that followed were filled with pain, a leg amputation, media coverage, and the knowledge that he might never rock climb again. What’s scarier was the realization that his faith was on the line too. 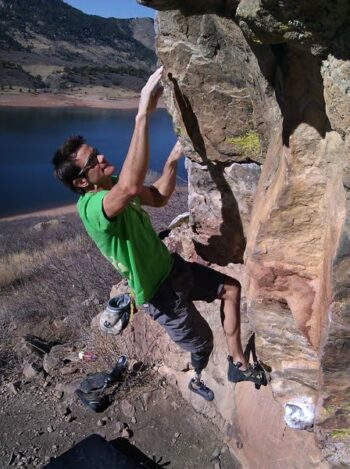 According to Craig and his wife, God seemed silent when they needed him. The family went through a time of depression that put God on hold.

Miraculously, a devotion called “Grace to the Moment” was given to Craig that awakened his spiritual life. “How far do you want God to go in getting your attention? If God has to choose between your eternal safety and your earthly comfort, which do you hope he chooses?”

Craig says he used God as a vending machine; when he doesn’t need something, it’s off. Eventually he realized he couldn’t treat God that way anymore: “Suddenly everything that I gained from this earthly world is gone.” 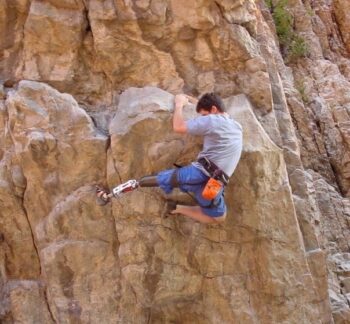 Slowly as his physical body recovered, Craig’s spiritual body was growing closer to his Savior.

Originally, Craig thought he lost his passion. But he still rock climbs today, using a prosthetic leg and a custom-made shoe designed for rock climbing. He has since climbed many great national mountains.

Now, Craig openly shares his ministry with others hoping that they will find Jesus through his story, so when the storms of life arrive, they discover Jesus is right there with them.