growing influence within evangelical churches in its new documentary, “How the Left Is Stealing Your Church: The Invasion of the gospel of Woke.”

A short version of the new video report airs October 3 on Truths That Transform, DJKM’s weekly nationwide television broadcast. The complete, full-length documentary, with more details about the Left’s inroads into the church, is available on DVD at DJKM.org.

“How the Left Is Stealing Your Church” documents how the Left’s leading causes—social justice, critical race theory, even LGBT activism—have invaded and in some cases captured evangelical hearts and minds.

The new documentary from DJKM also exposes the flow of funding from the Left—including George Soros—to evangelical groups which, in turn, stump for the Left’s cause célèbres, including relaxed immigration enforcement, climate change, and pro-Palestinian advocacy.

“In recent years, our culture has been overtaken by ‘wokeness,’ a virulent form of Leftism that puts racial, gender, sexual, and economic issues at the center of all of life—and ‘cancels’ those who fail to toe the new, politically-correct line du jour,” says DJKM’s President and CEO, Dr. Frank Wright.

“But disturbingly, this dangerous ideology, born in secular Marxism, is now being smuggled into Bible-believing churches. ‘How the Left is Stealing Your Church’ shows viewers how this happens—and even how in some cases it’s being funded by well-heeled far-Left activists.” 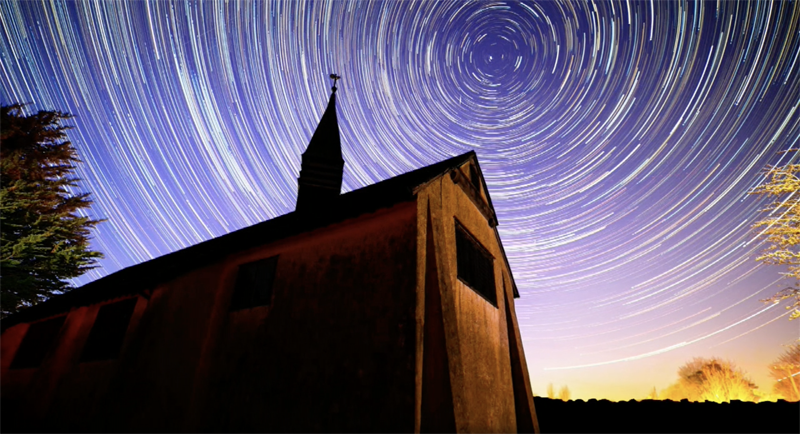 “How the Left is Stealing Your Church” reveals the impact of critical race theory inside the evangelical world. For instance, Matt Chandler, lead pastor of teaching at Village Church, a large Southern Baptist Convention congregation in Flower Mound, Texas, has declared his belief in so-called “white privilege:”

“I have grown up with this invisible bag of privilege, this kind of invisible tool kit, that I can reach in there at any given moment and have this type of privilege that a lot of other brothers and sisters don’t have, don’t possess.”

The documentary presents footage of a Cru staff conference in which staffers stand, hold hands, and “lament” racism in the church and American society. They declare in unison: “We lament that we stood by as systemic and institutional lies, racism, became founding pillars and structures in America and within the church. Lord have mercy.”

Also featured is evangelical pastor Edwin Ramirez, who fell prey to “woke Christianity,” but later escaped the social gospel—journeying with God’s help back to the true Gospel.

Along with the new documentary, DJKM is also publishing a new booklet, “Hijacked: How George Soros and Friends Exploit Your Church.” Written by John Aman, DJKM Director of Communication, the booklet unearths leaked documents from Soros’s Open Society Foundations to show how the radical billionaire has funded evangelicals for “open society” purposes.

“Unfortunately, many Christians—often well-meaning ones—have been seduced by worldly conceptions of justice and equality that have more affinity with Karl Marx than with the God of the Bible,” says Dr. Wright. “Our hope and prayer is that this documentary will open eyes, lead to greater discernment, and restore a greater measure of fidelity to the Gospel and God’s Word within the evangelical community.”

D. James Kennedy Ministries is a media ministry whose television program, “Truths That Transform,” airs nationwide. It actively communicates the Gospel of Jesus Christ, the supremacy of His Lordship, and a Biblically informed view of the world.