He was a healthy 16-year-old high school athlete, playing football and baseball for Morristown-Beard High School in New Jersey — a strapping 6’6”, 230 pounds.

Then without warning, he was in the school parking lot following a football game and suffered a heart attack. “I had a sudden cardiac arrest due to myocarditis and I was without a pulse for three to five minutes,” Will Gerard told God Reports.

“A virus got into my bloodstream and paralyzed my heart. During that time when I had no pulse and no blood running through my body, I suffered an anoxic brain injury. The frontal lobe of my brain was partially wiped out.”

In God’s providence, nearby EMTs used a defibrillator seven times to restore his heartbeat.

“Over the next several weeks I slept for 16-18 hours a day as my body recovered, only waking up to go to physical therapy, brain therapy or eat. I couldn’t walk up or down the stairs without someone’s help, I couldn’t remember where I had gone the day before, and I became so weak that I couldn’t even twist the cap off a water bottle.”

For the next six months, Will had serious trouble with short term memory loss and processing ability. “They suggested I stay back a grade. I didn’t want to do that.”

His biggest problem was his short-term memory. “When I first got home, I would go to my room after eating breakfast and then go back to eat breakfast again. I forgot I ate.”

Doctors said he was done playing sports for the rest of his life. “Ultimately, I underwent hours of surgery and lost 40 pounds in this process, but I was back to school in a month and back on the baseball field the following spring.”

While he couldn’t play any strenuous contact sports, doctors cleared him to be a pitcher.

He graduated high school with honors and went to Syracuse University, where he made it on the baseball team and played for the next two years. 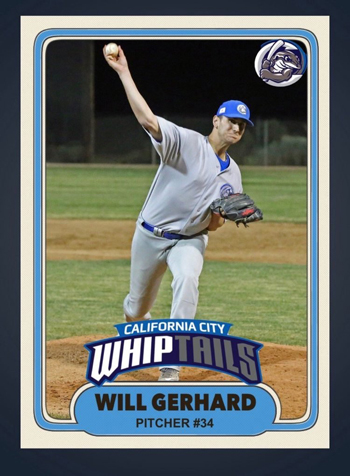 He graduated college and months later signed a contract to play in a professional independent league.

Living in L.A., he trained at USC during the morning with the National Pitching Association. In the afternoon and evenings, he worked at Trader Joe’s, where he met a Christian named John Fredricks.

“They give you tee-shirts at Trader Joe’s to wear on the job. In my first five or six days I wore the same shirt as John Fredricks. By the third day, people started joking around as if we were brothers. This led to John and I talking a lot and we became good friends quickly.”

Fredricks invited Will to visit Del Ray Church in Playa Del Rey, led by Pastor Matt Jones. Will, raised in a nominally Christian home, doesn’t remember much guidance or direction spiritually during his youth.

“Although I was loosely raised in the church, in high school sports were on Sundays and that became the priority,” he recalled.

“It was the first time I remember hearing the gospel,” he told God Reports. “I was tremendously convicted.” A spirit of repentance fell on Matt and he could barely look up at Pastor Matt as he preached.

The Word and the Spirit overpowered him, and he felt a wholehearted desire to follow Jesus as his Lord and Savior.

Del Rey church became a special place for Will. “I was saved there, baptized there, and married there,” he says.

In January 2020 he married, Kara. She had read a testimony article and followed him on social media. “One day I saw a new follower, clicked on her profile. He noticed her social media was honoring to God. 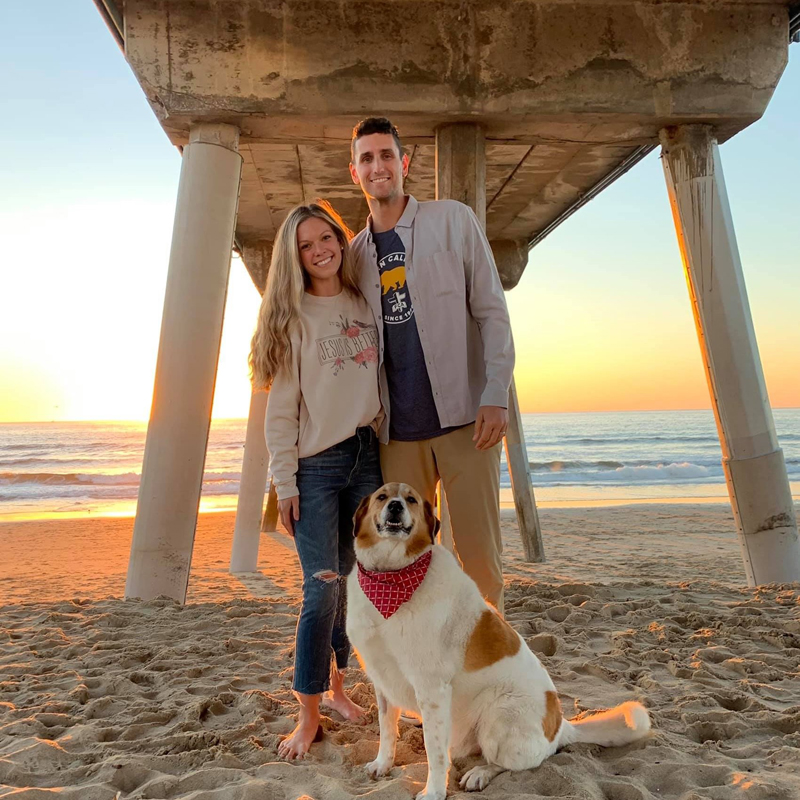 “Today, I look back at what everyone said would happen, and I look back and see what actually happened, and I recognize the miracles that the Lord performed. With that, none of this was of my own doing. As I said before, without the Lord’s strength and love, I was whittled down to nothing. I learned that everything I had, I was given, and it belonged to Him. So when I was given a second chance at life, that too, belonged to Him.”

Will Gerhard is the Metro Area Director for the Fellowship of Christian Athletes in Orange County, California. He holds a masters degree in theology from Dallas Theological Seminary and is currently working on a masters degree in Apologetics at Southern Seminary.