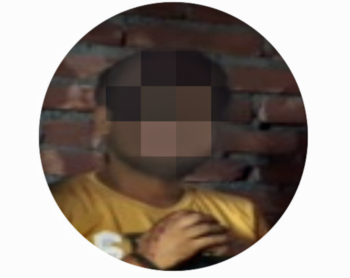 Biswajit worked in the forest as a security guard. “Because of my job, I got to know a lot of people who would misuse the forests by cutting down trees illegally to harvest the wood,” he told BigLife.

As the Bible warns, bad company corrupts good character. Baswajit was drawn into their illegal scheme, but soon faced the consequences of his poor choice. “I also became involved in this, but I was caught and arrested.”

But God found him in prison.

“When I was in prison, I met a Christian brother named Basant who was in prison for preaching the Gospel. When he heard my story, he encouraged me to trust in the Lord to take care of me. Prior to that, I was feeling very worried about my family and the respect I had lost in our community.”

Basant’s Gospel witness and the power of the Spirit softened Biswajit’s heart.  “I repented of my sins and placed by faith in Jesus,” he says.

He was born again and became a new creature in Christ.

Therefore, if anyone is in Christ, he is a new creation; old things have passed away; behold, all things have become new.   (2 Cor. 5:17)

“After a while, I was released from prison and my life is now completely changed. I am now in a group with other believers and sharing my testimony and the Gospel with those around me. Please pray for many to also repent and believe in Jesus.”