Because she was sickly, little Satabdi Banerjee was consecrated to Kali, the revered Hindu goddess who would bring healing.

But when Satabdi got older, she read the Bible to appease her conscience. All was going well until she hit the Book or Romans, which shattered her view that all religions lead to the same godhead.

“If you read the book of Romans with an open heart, you will see God talking to you,” Satabdi says on her own YouTube channel. “I used to look down on Christian missionaries because I thought they do not understand one very simple concept: All the rivers are ending up in the ocean.”

Satabdi Banerjee was born to a Bengali Brahmin family and took pride from her high caste birth and her family’s devotion to the Ramakrishna brand of Hinduism, the belief that no matter what the religion, they all provide salvation.

Her family members prayed hours every day in a dedicated prayer room at their house. They had lots of Hindu idols, decorated them for holidays and invited relatives over for special meals on those holidays.

They also celebrated Christmas — with gifts in the name of Santa Claus and a birthday cake for Jesus, whom they took to be one of many valuable gurus.

“We used to celebrate everything — Christmas, the birth of Buddha. But at the same time, we thought it was all the same thing,” she says. “We celebrated everything. We used to do carols and cut cake for Jesus.”

Satabdi had a strong desire to please the deity.

“We were so dedicated. I was so dedicated,” she says. “I just had one goal. I wanted to please the gods so that I could meet the gods and be with the gods. I thought I was very close to the gods.”

But she was also painfully aware of the sin in her heart.

“There was this other side of me. I had committed so much sin. Nobody knew my inner heart.” 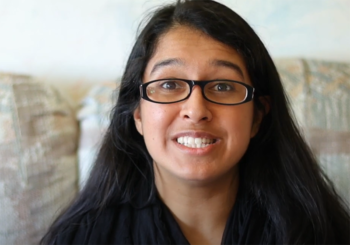 Satabdi was an avid reader through her childhood. But she refused to read the children’s illustrated Bible because it was Christian, and her mother, who had purchased it at a high price, complained that it alone sat neglected on the bookshelf.

“I did not care about what Christians thought,” Satabdi says.

But the in 11th grade, she met a Catholic girl and flipped through the Bible just to be friendly and to report to her friend that she had read it. There was one problem though: she knew she hadn’t read it. She lied.

“I started to feel very guilty. Why did I tell this lie? I had this other sin added to my conscience.”

Year by year, the Gideons came through her neighborhood handing out New Testaments, and Satabdi disdained them. But under a burden of guilt, she relented and read her New Testament.

“I never used to want to read it but just to make my words true, I started to read it,” she says.

She made her way through the Gospels — Matthew, Mark, Luke and John. Even her revered Ramakrishna, the founder of the branch of Hinduism she and her family followed, admired the teachings of Christ, so it was no big deal.

She didn’t really understand the book of Acts, but when she hit Romans, the power of the Word hit her. Chapter 1 confronted her — as it confronts anyone — with personal sin.

For the wrath of God is revealed from Heaven against all godlessness and unrighteousness of people who by their unrighteousness suppress the truth, since what can be known about God is evident among them, because God has show it to them. Rom 1:18-19.

“I thought that’s exactly what our forefathers, the Aryans, taught that God is invisible. They never had idols. But my forefathers then made idols,” she says.

Verse 22-23 says: Claiming to be wise, they became fools and exchanged the glory of the immortal God for images resembling mortal man, birds, four-footed animals, and reptiles. 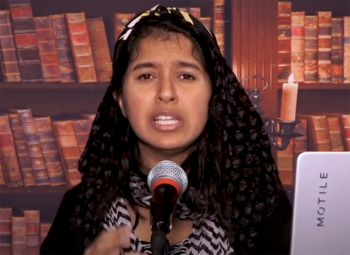 Not only did the Bible confirm her philosophical beliefs derived from Hinduism, but it also named “all the sins you could ever think of,” she says. “The society that I belong to has gone away from God,” she realized. “My forefathers made all of these lies.

“Who gave me the right to say that somebody was a shudra or an untouchable or a dalit? They are not anything worse than I. They have two eyes and two ears and one nose just like I do — and one brain. It was my own forefathers who made those rules. If that is what I was thinking is the perfect religion, there is something wrong because my forefathers made those rules for our benefit, not for everybody’s benefit.”

In the Hindu caste system, the shudras are the working caste, and the dalit are the untouchables. By birth, they are excluded from many privileges in society and are condemned to live life in lowly states doing menial tasks.

“The caste that I was so proud to belong to has gone away from God,” she concluded.

In chapter three of Romans, she was confronted with her personal sin. “I remembered all the dark part of me, the skeletons in the closet that you have and I have.”

Only the sacrifice of Christ could take away sins, she realized.

None of the other gods and gurus had done what Jesus had done. Vishnu came to destroy, not redeem the wicked. Kali, who was supposed to heal Satabdi, did not come to take her punishment.

“Only Jesus broke the power of death and sin,” she says. “The giver of life rose from the dead. Death could not hold Him back.”