When Steve Fenchel was seven years old, his father became ill, and was in and out of the hospital for two years. Then suddenly, he was gone.

“I was devastated by his death,” Steve told Chosen People Ministries. “I think of it as being like a stabbing wound, right at my heart,” he recounted.

The unexpected death led to a significant personality change in Steve. “I became like the neighborhood bully. I can remember when someone was pushing my brother. Normally I would have let it happen, but I went into a rage. I really beat this kid up.”

“I wanted to be a tough guy. To me, Jewish kids were more like accountants than tough guys. I wanted to run as far away from my Jewish identity as I could.”

He started drinking in the 8th grade and fell into the wrong crowd. He smoked dope, got into street fights, and stole money from his mother.

“By the time I got into high school, I started getting into gangs in Brooklyn. I was drinking, using drugs, very angry, and I had a nervous breakdown.

The use of amphetamines and LSD led to hallucinations. “My mind started going cuckoo. I just lost it completely.”

Steve locked himself in his room and stayed there, essentially, for two years.

He experienced a visitation from his deceased father, who appeared to be glowing, dressed in white.

Come with me; I’m going to take you to see my God, his father imparted.

But Steve did not feel worthy. In fact, he felt filthy. “I can’t go to see God. I can’t go with you,” he said. 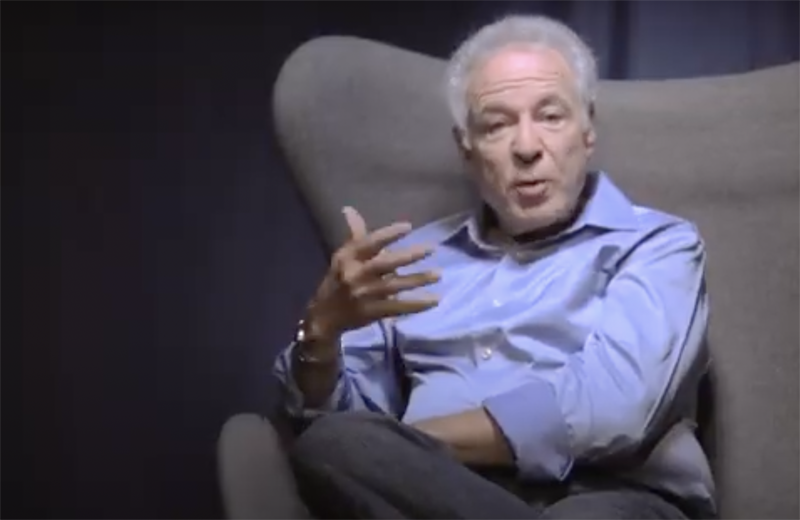 “I could feel myself pushing the vision away, pushing God away, saying go away, I’m not ready. I can’t go with you,” he recalled.

Then suddenly, Steve received a startling vision of hell. “I was freezing cold. I was catapulting downward into this abyss. I had a feeling I was surrounded by demons, godless things. I was falling endlessly, and I was being swept into a place I didn’t even know existed, which felt to me like hell.”

One night Steve ventured out of the house on a rainy night and was accosted by a hooded woman in the street. “Did you know Jesus loves you?” she asked.

What do I want to have anything to do with her and her religion and her Jesus? Steve thought.

But when she said, “Jesus loves you,” something struck him. This is what I’m looking for. This is real, he thought.

“I felt and experienced in her eyes the love of Jesus,” he recalled.

The woman handed him a tract with quotes from C.S. Lewis. Steve had been sleeping on the couch of some drug-abusing friends, the couple that first turned him on to LSD. In the morning, their young daughters would often wake him up and ask him to read to them from the C.S. Lewis classic, Narnia.

After the encounter with the hooded woman, he got a surprising phone call from the couple with the two girls. “Steve, we found him. He can accept you. He died for you!”

“I knew what they were telling me was the truth,” he recounted. “I just sensed it. It was where my whole search was leading. I hung up the phone. I wanted to pray.”

He never prayed in his life, but he felt compelled by the Spirit to say the words the couple told him to pray. “Lord, I believe you are who these people are telling me. I believe you are my Lord and I ask you to come into my life, forgive my sins, take over my life, and bring me into your kingdom. Amen.”

Steve was born again and felt an immediate, overwhelming sense of peace. “I always felt in life I was carrying around a burden. I was drawn to the blues, sad things, dark poetry, I felt lighter and freer after I asked Jesus to come into my life.

“The drugs I did was really a way for me to escape that burden of depression which I carried. I physically felt different.

“I consider myself today to be a Jew, a Jew who has found his Messiah. He was sent for us. My search ended for my father when I found Him.”