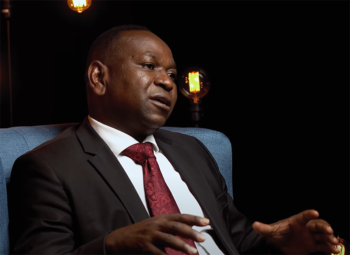 Yassir and four fanatical Muslim cohorts hid behind a tree on a dark night in the jungle. When a Christian they hated named Zachariah walked by, they jumped out and began to beat him — nearly to death. After “pleasing” Allah with this attack, Yassir returned home, washed himself and prayed.

“We broke his arm. We broke his leg. He started to bleed,” Yassir says matter-of-factly on a One for Israel Video. “Because he started to scream begging for help, I put my hand over his mouth, so that no noise would come out of his mouth.”

Yassir grew up in a strict Muslim Sudanese family and prepared to join jihad, the bloody fight against “infidel” nations and “infidel” peoples.

But every night in his bed, he wondered about eternity.

Such hatred for Jews and Christians began in school. There was only one Christian classmate who was intelligent and talented: Zachariah.

“Because I thought as a Muslim I must be better than him, we started to beat him every single day,” Yassir remembers. 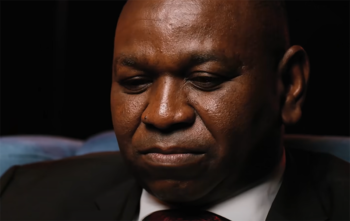 Their malevolent hatred festered and grew until Yassir with four other young men agreed to kill him. They knew the path Zachariah took through the jungle on certain nights. They laid in wait for him.

“It was like slaughtering a sheep. He was shivering. He was crying. We left him for dead,” Yassir admits. “I felt very proud. You’re actually doing something for Allah. You want to please him.”

Growing up in a “fanatical” Muslim family, Yassir learned the Koran as he was whipped by the sheik.

“Every mistake you make, the whip will crack in the middle of your head,” he remembers. “You’re not allowed to cry because in our culture they tell us that men never cry.”

When he was alone in the dark in his bed, it was a different matter. Tears flowed there, unseen by anyone.

He was proud of his ummah, his Islamic people group, and decided to fight for it.

“I started to hate everybody, everyone who’s not Muslim,” he admits. “Especially to hate the Jews.”

He began training to join jihad, the military fight throughout Africa and the Middle East which justifies terrorism and barbaric acts of violence against anyone who is not Muslim (called infidels).

But deep within his hate-filled heart, there was fear. Would everything he was doing for Allah be enough to guarantee his entry into Paradise? The Koran establishes that no one can ever know for certain if he will be accepted by Allah into eternity.

One day, his dear cousin became gravely ill. Doctors could do nothing. Death was inevitable, they said.

Two Coptic Christians showed up and asked to pray for him. Yassir saw the cross one wore and declined to shake his hand. Still, he let them pray.

“The minute they said, ‘Amen,’ the child opened his eyes for the first time in four weeks,” Yassir recalls. “He started to move his hands. He started to speak. He sat up in his bed. He started to walk.”

One of the men talked to Yassir. “The real miracle is that God wants to change your heart,” he said.

“Do you believe that Jesus is alive?” he asked. (Muslims believe that Jesus was only a prophet but was taken from the cross and spared death, so he lives in Heaven and is going to return one day.) What the Christian said to Yassir was in line with Muslim teaching. What he said next was a bit off for Muslims.

“Because He’s alive, you can talk to Him.” 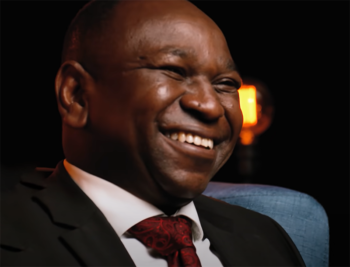 Yassir prayed. He began reading the Bible. The power of the Word and the Spirit led him to salvation.

His family was upset. To leave Islam is a grave sin. They didn’t just disown Yassir as a son; they staged a full funeral with a casket and a burial site. Islamic tradition dictates that families of “apostates” treat them as dead.

Yassir loved his family and was deeply hurt by being disowned at the highest levels, so he cried out to God.

The still small voice of the Lord impressed this on Yassir’s heart: You know the grave where your name is written is empty. Guess what? My grave is empty too.

Years later, Yassir attended a pastor’s conference in Egypt. There an elderly Sudanese pastor approached him.

“Do you remember me?” he asked, after questioning and ascertaining details of Yassir’s background.

“My name is Zachariah.”

Yassir stood there dumbstruck, as if he was seeing a ghost that materialized from the distant past.

“Suddenly I remembered him from that dark night. I remembered the way he was screaming,” Yassir recounts. Twenty-five years had passed since that terrible incident.

The day of reckoning had arrived.

“I was a bad person. I was terrible,” he admits.

“Yassir, because you hated me so much,” Zechariah said. “I was always praying for you.”

He opened his Bible, and on the first blank page was Yassir’s name. It was his prayer list.

“On that day, God confronted me,” Yassir remembers. “I hated him; he prayed for me. To love those who hate you, you need someone named Jesus.”