Butch Hartman, the Christian animator who delighted us through our childhood with The Fairly OddParents, has launched an all-Christian cartoon and game website called Noog Network.

“My faith means everything to me and it means everything to my family,” Butch told Jewish News in Phoenix, AZ. “By having faith, I feel that I’m accountable to something else. And in my case, it’s to God. I have to live my life by certain principles because I know I’m going to have to answer for my actions one day.”

Before launching his own production company, Hartman — who calls himself Donald Duck of Nickelodeon because he was second to SpongeBob SquarePants, the Mickey Mouse of the cartoon network — also entertained children with his zany antics in Danny Phantom, T.U.F.F. Puppy and Bunsen Is a Beast. 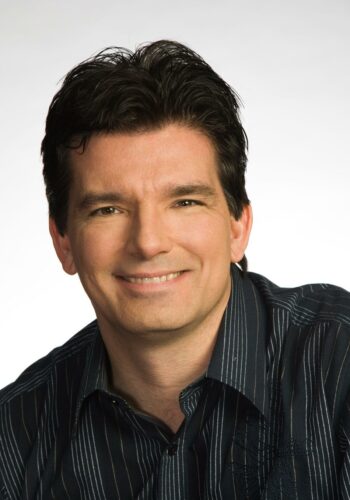 Elmer Earl “Butch” Hartman IV’s career launched in the second grade, when his teacher asked students to draw her. Little Butch whipped out her very likeness, and the teacher raved about the talent. From then on, all he wanted to do was draw.

He enrolled in California Institute of the Arts founded by Walt Disney in Valencia, and began working hard in the industry, working for Hanna-Barbera and Cartoon Network. He worked for Nickelodeon for 20 years. But his end game was to establish his own network.

In the hailed progression to fame, Butch also got saved at Pastor Fred Price’s church in Los Angeles in 1999. At the Crenshaw Christian Center, the ushers were always stuffing Bibles into your hand or dropping them into your lap if you showed up without.

Getting saved also saved his marriage to Julienne Hartman, who is also his business partner. The couple have two daughters, Carly and Sophia.

“We would not be married today if it wasn’t for Jesus!”

In 2019, he produced HobbyKids Adventures on YouTube. With $250,000 in crowd funding, he launched a family-focused entertainment company called OAXIS and produced a series of Bible stories in cartoon form.

Read about Christianity in anime.